WW84’s MVP was Chris Pine … which should tell you something about the movie. 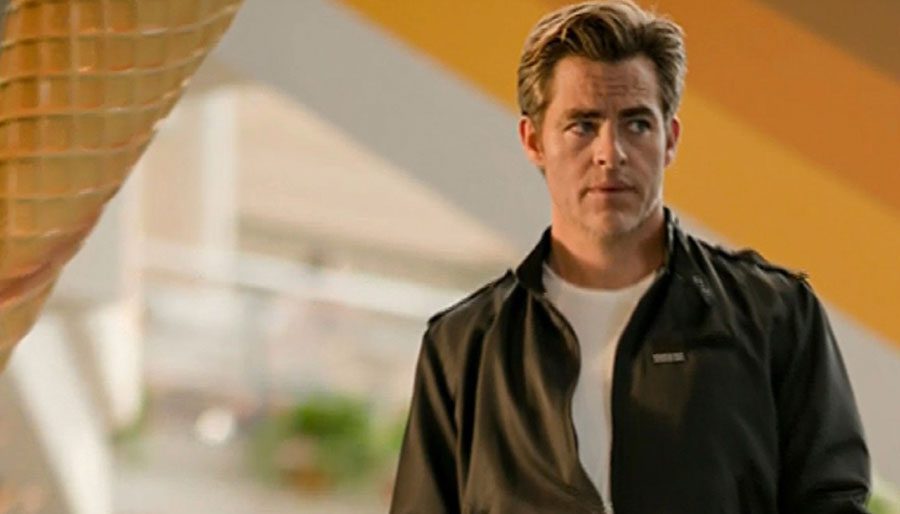 Imagination Connoisseur, Omar, thought Chris Pine was the best part of WONDER WOMAN 1984 – even if his presence didn’t make a lot of sense.

I really liked the first Wonder Woman, even though I found the third act so-so, and I was really looking forward to the sequel.

I did get a chance to see WW84 in theaters, and had a lot of feelings about it. Overall, though I tried, and thinking there are aspects of it I liked, I just could not get into it.

I did like Hans Zimmer’s score and the cinematography, especially for the opening on Themyscira and the scene with the invisible jet going through the fireworks. While Gal Gadot’s performance was better, she still was not that great, in my opinion.

The best part of this film, to me, was Chris Pine. This was similar to the first film, where even though the movie was called Wonder Woman and Gal Gadot was the lead, I thought Pine was the best part of that film. Every scene he was in made the film better, and I was always waiting for him to be back on screen.

When it came to the second film, it was the same thing, as I kept waiting for when he would appear. However, his return did not make sense.

He came back, but in someone else’s body, but we see him as Chris Pine, but everyone else sees him as someone else. That made no sense to me, because I felt if he just came back and looked like Chris Pine to everyone, everything would still happen as it did, and it would not change what happened in the story.

The main problem came down to the story. The problem being it was all over the place, and a lot of things made no sense, like the stuff with Chris Pine.

The main issue with the story, came from its length, as it was too long and dragged. The movie would have been better if it was streamlined, as there were many parts which could have been removed to make the film shorter, better paced, and more focused.

Kristen Wiig, as Barbara Minerva a.k.a Cheetah, did not need to be in the movie, as she doesn’t really do a whole lot, if you think about it, and does not really serve an important purpose in the story. Even though she helps get the plot point across involving Maxwell Lord getting the artifact thing which grants wishes, that whole thing could have been reworked where Diana inadvertently lets Maxwell Lord get a hold of that thing. That character could have been removed entirely, and the movie would have still been able to have everything happen with Maxwell Lord.

The movie would have had a more focused story if it was just Diana against Maxwell Lord. Cheetah didn’t really serve any purpose.

There was a lack of Wonder Woman, in costume, as she only appears a few times. The action was not terrible, but not that great, unlike the first film where the action was much better. Pedro Pascal, I think is a good actor, but Maxwell Lord was not that interesting as a villain, as he was pretty much all over the place, where at some points he is calm and relaxed, and other points where he is really over the top and megalomaniacal.

The whole thing with wishes was all over the place. Diana slowly starts losing her powers because of her wish to bring Steve Trevor back. Okay. That could have been done differently.

I’m okay with the idea of there being consequences for making a wish, but it was done strangely. Why not just have Diana’s powers be gone entirely, when she wishes Steve Trevor returns? That would have made it more emotional and impactful when they say goodbye, as Diana has to save the world, realizing she gets her powers back by undoing her wish.

Also, when everyone undoes the wishes near the end, wouldn’t everyone remember what happened, since Washington D.C and all the other places were still in ruins? The movie just jumps to winter, but nobody talks about what happens, even though characters like Diana and Maxwell Lord still remembered everything which happened.

The part where she gets her powers back was very strange. All of a sudden, she can fly? But then, she starts using her lasso to swing on lightning? It was just very complicated. Why not just use the invisible plane she used earlier with Steve Trevor, and also like in the comics?

Speaking of which, the way the jet turned invisible came out of nowhere. Diana just brings up, out of nowhere, about how to turn things invisible. There was literally no build up to it, as it just happened.

I’m not entirely sure why the film was set in 1984, as it didn’t really add to anything. The setting of the first film in World War 1 made sense, but here with the 80s, it did not.

I think the movie would have been more interesting if it was set earlier, either during World War 2 when the Wonder Woman character was created in the comics, or maybe during the 1960s and 70s during the period of second wave feminism with Gloria Steinem and the Lynda Carter tv show.

Also, the dialogue was really corny at times, especially near the end when Diana gives that speech.

It felt like the writers just put all their ideas together in the script, and didn’t go and polish it. If the script was streamlined, by doing things like removing characters, cutting scenes out, and establishing rules on wishing, we would have had a better movie.