Why TO CATCH A THIEF is a great escape

Imagination Connoisseur, Jeffrey Mao, provides his review of the Hitchcock classic, TO CATCH A THIEF, and explains why it’s an American Cinematic Masterpiece worth putting on the shelf in anyone’s home video collection.

Good eeeveniiingggg, Rob and all of the Members of our Post-Geek Singularity:

Once again, it is I, the Chairman, returning with a review and discussion of Alfred Hitchcock’s 1955 masterpiece, To Catch A Thief, starring Cary Grant and Grace Kelly. This was from the “Paramount Presents” Blu-Ray series of films from the studio’s vault, that have been “lovingly remastered from 4K film transfers” (according to the back of the disc). After viewing this film, I can attest to the amount of love that was used in this remaster.

Now, Rob, you know that I rarely gush about a film, as I try to restrain from overusing superlatives, such as the word “great” which a certain host of a certain YouTube show that we might be watching right now tends to do. I find that it’s necessary to do that as it otherwise diminishes the meaning of true superlatives when the usage of them is required. 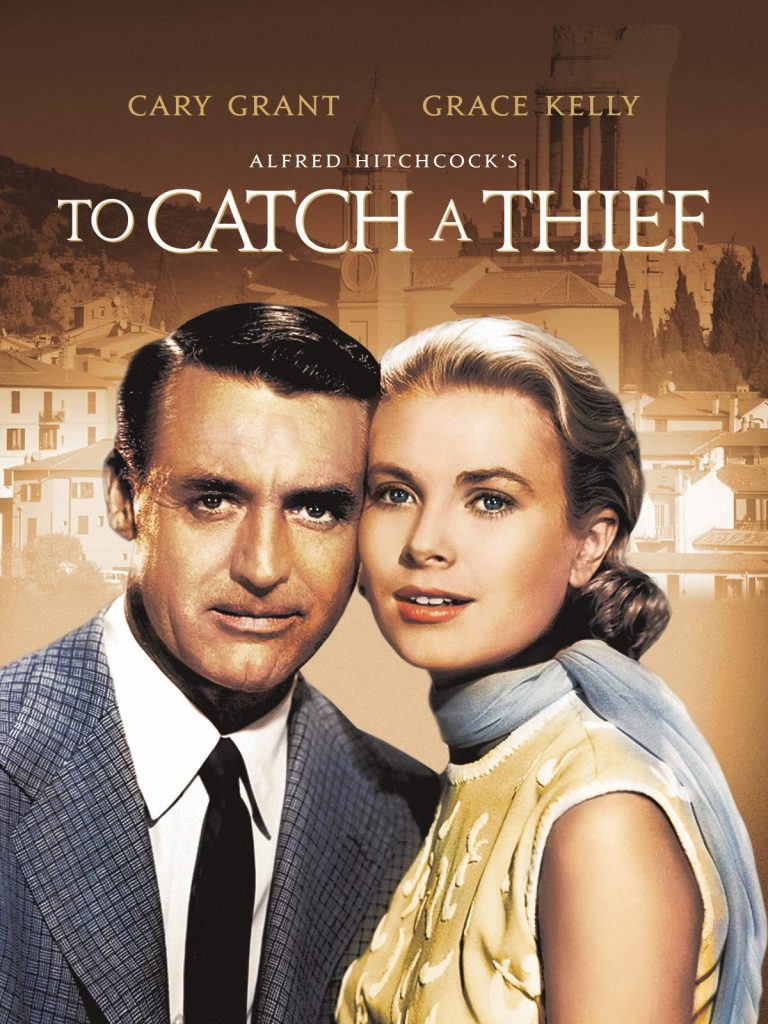 Cary Grant and Grace Kelly in TO CATCH A THIEF

To Catch A Thief follows the efforts of renowned former cat burglar, John Robie, played by Grant, to clear his name in light of recent burglaries that match his methods almost exactly. Robie goes undercover to snuff out the real burglar while at the same time making acquaintances with a rich American heiress Mrs. Stevens, played by Jessie Royce Landis, and her daughter, Francie, played by Kelly.

Coincidentally, Landis would go on to play Grant’s own mother in Hitchcock’s 1959 masterpiece North by Northwest. The interactions between Robie and Stevens mere et filles are full of charm and wit, and Robie’s attempts to drag in an increasingly exasperated insurance agent played by John Williams add to the light humor which typifies the Grant/Hitchcock films.

Robie and Francie’s budding romance plays as its own form of a cat and mouse chase, although in this case it’s not clear who’s the cat and who’s the mouse as Francie figures out who Robie really is, sets up their dates, and even suggests that they possibly conspire in committing more burglaries. All this occurs, of course, against the setting of the French Riviera, which could not possibly look more stylish and beautiful. It’s a perfect match for the relationships shown on screen here, and it’s really as much of a character as any of the actors.

The action goes from Nice to Cannes to a picnic overlooking Monte Carlo. Hitchcock spares no opportunity (or apparent expense) to show off the beaches, the quaint historical villages, the hustle bustle of the resort town, port and casino, as well as some quite well staged driving scenes utilizing a combination of helicopter shots and rear projection.

Now, in terms of how this film looks visually, I can’t praise it more highly. From the instant you start the film, it is quite simply jaw dropping. This is one of the absolute best transfers of an old color film that I’ve ever seen. There isn’t, as far as I can tell, one bad frame in terms of flaws. It is as pristine as one can expect from a film of this age.

It almost makes you wish that they had put this out on full 4K just to see how much better it would look, but given how amazing it looks already, you kind of don’t mind. Because if it already looks this amazing on regular Blu-Ray, I’d imagine the 4K would only be a slight improvement. I can’t measure how rich, saturated and vibrant the colors are, but I have to believe that they are cranked up to as high as one can go with Blu-Ray.

I had just reviewed the Hitchcock Universal 4K set, but I feel like this film can seriously give Vertigo a run for its money. Vertigo would still win out for its use of HDR, but it would be darn close. Now, Hitchcock was obviously milking every colorful scene as much as possible, but there is no fade, no washout, nothing to diminish the lustre of any color. The standout scenes in terms of color are the early flower market scene and the costume ball in the climax.

Now, sure, this film is like the equivalent of the dad who just got a color camera and takes pictures of all the kids next to the most colorful things possible but c’mon. Hitchcock and his frequent director of photography, Robert Burks, are at the heights of their directorial and cinematographic powers here, presenting such a wide array of colors but never oversaturating them. Flesh tones look amazing as well. Sure, the beach settings help as you get a lot more skin on display.

Kelly looks even more stunning than she usually does, as her blond hair perfectly matches her lightly tanned skin. You can tell she took advantage of the locale to get a bit more color, but never looks too much.

She’s also complemented by an array of stunning costumes designed by Hitch’s other long time collaborator, Edith Head. Head had a field day with this film, especially with every attendee looking like they had walked out of a Louis XV time machine. The wardrobe department must have been going berserk on the set. This part was the one time I wished that we had this film in 4K HDR because there was so much jewelry on display it would have looked even better.

In terms of thematic elements in and around this film, there’s quite a lot to unpack here. 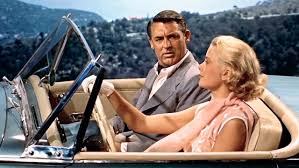 TO CATCH A THIEF is one of a series of “travelogue films” made by Alfred Hitchcock in the 1950s.

This was the third of four Hitchcock films that Grant would act in, and the first in eight years since 1946’s Notorious. Grant/Hitchcock films are all very iconic, and distinctive. Grant always plays a charming, stylish, and elegant gentleman with a touch of roguishness. He naturally styles and profiles in this film, as only he can do, and many parts of it strongly feel like a James Bond precursor.

Grant wears a tuxedo, goes to a Riviera resort casino, hangs out with beautiful women, sleuths around undercover, and he clearly knows his way around a liquor cabinet and a French restaurant menu. Grant is James Bond in every way except the physical action and the driving. He had already played a real spy in Notorious, and would then double down on the spy vibe with his next film with Hitchcock, North by Northwest. If he was twenty years younger, a bit more muscular, and reverted to his native English accent, he would have killed it as an early Roger Moore-style Bond.

Grant’s films with Hitchcock are very different from, say, James Stewart’s films. I could not imagine Grant and Stewart switching roles. Stewart plays the regular man, oftentimes caught up in situations over his head. I doubt that Grant would feel right playing Scottie in Vertigo for example. He just seems too sophisticated to fall for the scheme.

However, Grant’s films do fit in with one of Hitchcock’s recurring themes of mistaken or dual identities. The new burglar uses the same name of “The Cat” as Robie did. Robie, in fact, sometimes talks about himself performing the new burglaries, momentarily confusing the viewer as to whether he’s saying that he actually did them, or is talking hypothetically.

The film also forms part of Hitch’s unofficial travelogue series where he takes the viewer on a tour of the great cities and areas of the world. For a post-war audience interested in travel and seeing the world, To Catch A Thief was a marvelous commercial for the French Riviera. In that same vein, it also served as an introduction to her future life for Grace Kelly.

While it would be another year before she met her future husband, Kelly’s time spent filming Thief certainly gave her a great preview. If she had to give up her acting career, moving to the French Riviera is not a bad consolation at all. One also gets the sense that Kelly was if not the, then certainly one of Hitchcock’s favorite actresses, as he cast her in three films in quick succession, with Thief being her last. There’s no telling if she would have starred in any future films for him if she had not married Crown Prince Rainier.

Hitchcock had wanted Vera Miles to become his new “Grace Kelly” and wanted her to take the Kim Novak role in Vertigo but she had to withdraw due to being pregnant. I think the rumor was Hitch never fully forgave her for that.I don’t think Kelly could have worked in Vertigo. She could have played Madeleine fine, but not Judy.

Well, those are my thoughts on To Catch A Thief, a Hitchcock film that I was honestly surprised that I had not seen before. However, I’m glad that this was my first viewing of it, because it was an amazing experience and I doubt that I would have had the same reaction if I had seen it before. So, I highly recommend it to anyone who’s interested to check out this classic.

As always, I am your humble Chairman, Jeff