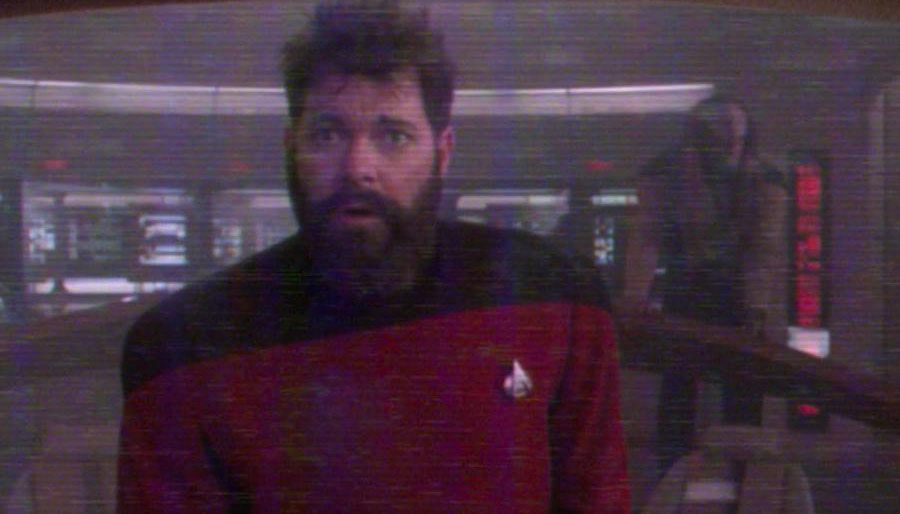 Can creative franchises, like Star Trek, experience a midlife crisis? too. Judging by the actions of the studios and fan reactions, the answer may be “yes.”

Why too much of a good thing can be bad for you.

Recently, we’ve had letters come in from Imagination Connoisseurs who have expressed their dismay for how the things they’ve loved all these years – shows like Star Trek, The Six Million Dollar Man, Battlestar Galactica, Star Wars, etc. are being “ruined” by re-boots, re-makes, re-imaginings, etc. Even you, the Sultan of Star Trek (hahaha), fall victim to this with your epic rants against what we’ve labeled “nu-Trek” – rants, which for the most part, I wholeheartedly agree.

For me, my disillusionment with so many of the franchises from my youth (i.e. the late-60s to the late-70s) is driven by my interest in subjects outside of those franchises – most notably history, philosophy and economics. But my displeasure with Star Trek and its deconstruction can be tied more directly to our shared experience with Axanar and the fan reactions (both amateur and professional) that accompanied it.

While we were working on that project, we found ourselves at the crossroads of fan reactions to nu-Trek and the Kelvin-verse intersecting with Star Trek traditionalists (those who were fans of prime-Trek (TOS) and peak-Trek (TNG, DS9, VOY and ENT). Axanar tried to find ways to tie to both groups (e.g. ship design, uniform design, etc.) and stay true to the Star Trek canon. But the hew and cry from fans and studios was too much and I grew tremendously disillusioned with both. Anti-Axanar fans were rabid in their accusations against those of us involved in the project and pro-Axanar fans were just as fierce in their accusations back. We played a role in that and I’m not entirely satisfied with the way things have turned out – but through the forge of controversy, I came to a stark realization.

Fans were fierce because they were afraid. Change is difficult and the prospect of losing something that was such an integral part of one’s identity is disorienting. Blend those two things together, add a touch of anger and outrage and the result is really toxic. For me, a fan of both prime-Trek and peak-Trek, my disillusionment started with the creative garbage pile that was STAR TREK: INSURRECTION and gained mass through that wacky STAR TREK: NEMESIS, metastasized around the time of STAR TREK: 2009 and erupted into full-on cancer with STAR TREK: INTO DARKNESS. I could only sit through STAR TREK: BEYOND once – and even then, I nearly walked out of the theater.

My experience on Axanar just proved the point that Star Trek was becoming a hopeless mess and that the fans were as much a part of the problem as the ridiculous scripts and bad acting. I was done. I needed to go. My fandom was having a mid-life crisis.

But that’s not the half of it. So was Star Trek.

In fact, looking back on it, I posit that all of those 40-50 year-old franchises we loved so much in our younger days are going through mid-life crises much like their fans. And while I’ll use Star Trek to demonstrate my theory, I think the same kind of argument can be made about any show or franchise that seems to be on the “re-boot rollercoaster” that is so popular in entertainment these days.

Consider for a moment, the general signs of a midlife crisis: a sense of boredom and emptiness; intense nostalgia and a pining for missed opportunities; impulsive reactions and dramatic changes in behavior and appearance. I think we can see how the general “sameness” of peak-Star Trek episodes from the 90s and 00s left fans wanting. The Xindi arc in STAR TREK: ENTERPRISE (S3) was the first signs that producers were willing to dramatically change the look and feel of the franchise to try and attract viewers who had left – but the general failure of that series to run more than 4 seasons brought the era of peak-Trek to an end.

Fans were aging. They were bored with how things were. And if you attended a Star Trek: Las Vegas convention, you noticed that there weren’t many young faces in the crowd. The fans were aging with their heroes. Clinging to their nostalgia. Star Trek, as a franchise (and more importantly, as a business) was collapsing in on itself and dying out like an old star.

To suits at CBS and Paramount, this was both a problem and an opportunity. Their sense of “nostalgia” were for the days when Star Trek was a strong enough franchise that an entire TV network could be built on it (that decision – to restrict ST:ENTERPRISE to the Paramount Network – more than any other, is what killed the “golden goose” that was peak-Trek).

So the franchise, a business led primarily by men in midlife, did what felt right – they picked up a hot, new car called BAD ROBOT and thought they’d take it for a spin. And, just like a young James T. Kirk does in the opening moments of STAR TREK: 2009, the stewards of the Star Trek franchise drove their baby right off a cliff because they didn’t know what the fuck they were doing.

It’s been a shitshow ever since. At least from the OG fan perspective. Because here’s the thing OG fans don’t want to admit or even understand: a franchise isn’t like a human being. When we try to reinvent ourselves at midlife, at best it’s just a temporary stay from our inevitable destination of becoming food for the worms. But for an entertainment franchise, reinvention can work and attract new fans – building an audience for the next generation in the process.

This is not to say that I think the stewards of nu-Trek are doing it right, though. They’re not. Many of the IPs that have been able to successfully transition from one generation to another and cross medias in the process (e.g. Sherlock Holmes became “House”). The problem with this, though, is that such a transmogrification requires time and that means the IP that has done this most successfully, at least for now, has its source materials in the public domain (e.g. Sherlock Holmes). Also many of these IPs are found in literature, meaning those “wunderkind” and “suits” in the studios actually have to crack a book to find their next big opportunity – and that’s not likely to happen anytime soon.

As far as Star Trek is concerned, I worry that the various iterations of Star Trek are creating its own “multiverse” that will lead to shear madness (h/t Dr. Strange). Re-booting universes and then trying to tie them together is, in my opinion, the largest single problem causing the disintegration of the comic book business (who has time to learn all that bothersome backstory and multiple origin stories???).

Look, if you thought adhering to Star Trek canon was a knot of Gordian proportions during prime-Trek and peak-Trek, just wait. The creative decisions being made in the writing rooms of Picard, Discovery, Lower Decks, et all (i.e. nu-Trek) is setting the stage for a poo-fight for the ages.

So, is there a way to get through all of this nonsense? After all, when it’s all said and done, much of the fan outrage and gnashing of teeth is just angst for no other reason than people want to feel angst-y. All that being said, my answer is “yes, there is a way out.”

We have to learn to let go. Stories come to an end. It’s okay for there to never be more Firefly. It’s alright to kill Zod … for good. I’m fine with Cap living happily ever after with Peggy Carter. I’m glad Frodo sailed off to the Undying Lands and we won’t ever hear from him again. And as much as I’d like to hear about Arya Stark’s adventures sailing west of Westeros, I’m even okay if that never happens, either.

The industry’s tendency to “re-boot” or “re-imagine” old franchises by using old or derivative characters and throwing in easter eggs/callbacks to prime- or peak-Trek episodes is not a way to leverage creative equity and build the franchise’s value. It’s more like an attempt to buy a toupe, girdle and gold chains for the old bird in an attempt to woo some new fans and keep as many of the old-timers on the hook until they pass out or die. It’s lazy and it’s cheap. And, frankly, it’s insulting.

Why the hell can’t I have my midlife crisis to myself? Maybe because I’ve found a way out that is both intellectually and emotionally satisfying.

Let’s celebrate what we’ve loved. Curate the things worth keeping today. And dream new dreams for tomorrow until we can’t dream any more.

Drink it all in, boys. Because there is a point when our cup will be empty and we’ll be asked to leave.

Have a better day!
-Mike B.