Who doesn’t find a couple of grumpy, old men hilarious? 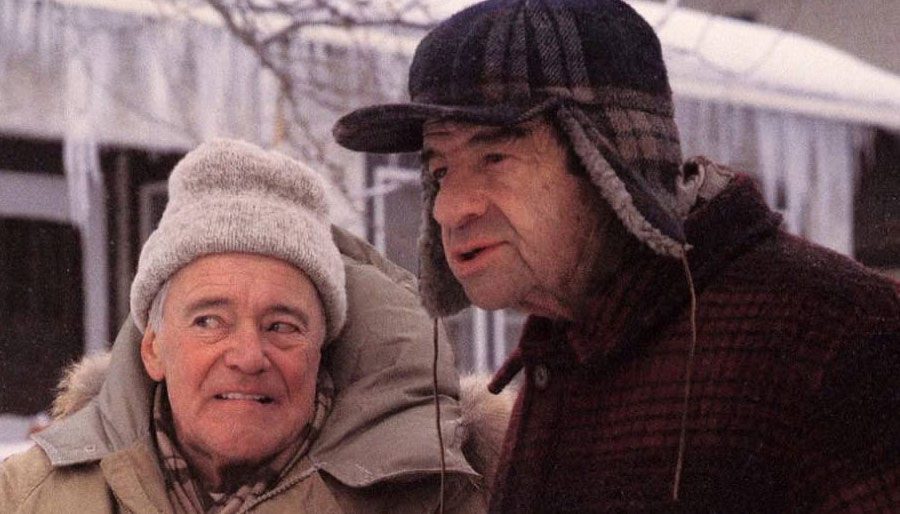 In his review, Imagination Connoisseur, Tom Jr Jackson, says the 1993 comedy, GRUMPY OLD MEN, is a senior moment worth savoring.

Today we are revisiting the 1993 film GRUMPYP OLD MEN, directed by Donald Petrie and starring legendary film icons Jack Lemmon and Walter Matthau. That’s right the original Odd Couple make their return to the big screen in over 12 years … the last time they were on screen together was in the 1981 Billy Wilder film, BUDDY BUDDY . 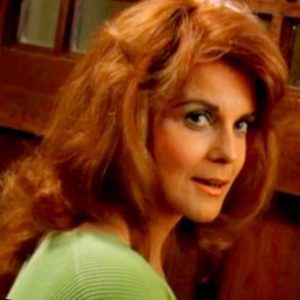 Now you are thinking this is a great main cast … hold my wine! The cast rounds out with Kevin Pollak, Ozzie Davis, Daryl Hannah, Ann-Margaret, Buck Henry and rounding out the cast – The Penguin, himself – Burgess Meredith.

This film was a little flash in the pan surprise that no one was expecting. Released on December 25th, 1993, the film made $70.2 million dollars in the US. The movie was written by Mark Steven Johnson who is known for such films as GHOST RIDER, DAREDEVIL, ELECTRA and many more .

Ann-Margret, who plays the widow across the street that the guys fight over, was only 52 at the time this film came out and she looked amazing (and still does to this day). She was the perfect pick for the love interest in this film and it was wonderful seeing her in a film. 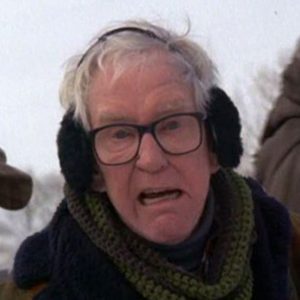 A cantankerous and hilarious Burgess Meredith in GRUMPY OLD MEN

One of the highlight roles in the film was that of Burgess Meredith who plays Lemmon´s father. He plays the role of a dirty old man who really needs to get laid. He tells Lemmon if he is not going to man up and “mount” the widow across the street then step aside and he will. Meredith is so funny in this film that he leaves me in tears still to this day when I watch the movie.

All in all this film is about friendship, family, love and getting older …. oh, and fishing . I highly recommend this film be revisited if you are looking for a good laugh and if you are sucked in to these guys as these characters , there is a sequel called GRUMPIER OLD MEN and the main cast from the original film returns for this film with the addition of the lovely and stunning Sofia Loren , this film came out on December 22nd 1995 and just like the 1st one it is funny and lots of fun. This film made over $71.5 million dollars in the US .

I am a fan of comedy and this is one of my favorite comedies and it reminds me of watching films like this with my dad because of him I got my love of film, he made me the imagination connoisseur that I am today.

I will write again soon….. the topic of that letter…well here is a hint…. it involves 20 pounds of lube and Shelly Winters… just kidding …..or am i? Seriously it involves James Stewart and that is all you will get…the rest is on the DL .

So until next time remember …

there is a film out there with a story you have yet to see and all you have to do is……watch it.

have an ok day.

The sixth pairing out of ten movies of comic actors and great friends Jack Lemmon and Walter Matthau. Dean Martin and Jerry Lewis were strongly considered for the roles of John and Max, respectively, but both declined because of Martin’s frail health which prevented him from taking the role. Martin died in December of 1995, right around the exact same time that this movie’s sequel, Grumpier Old Men (1995) was released in theaters.

This is an homage to the TV show M*A*S*H (1972), which lists this in its trivia:”Rosie’s bar” was inspired by a real bar in Seoul called “Rose’s bar”. Located just outside Camp Mosier in Seoul, Rose’s bar was located in an area which had a thriving night life catering primarily to U.S. military personnel. After the war, this section of Seoul turned into a residential area, but Rose’s bar continued to exist till 1971 when it was brought down to build small apartments. (Source: Armed Forces History Museum)

At the end of the theatrical trailer, there is an outtake of Walter Matthau in the bath tub saying directly into the camera “If I’d known there was going to be a nude scene, I would’ve asked for an extra million.” The crew found this so hilarious, they ended up using it as a post credits scene.

Although his character is supposed to be 94 years old in this movie, Burgess Meredith was in fact 85 years old when this movie was filmed and is only 17 years older than Jack Lemmon who portrays his son in this movie.