What’s up with Westerns and why OG series are better than their cheap copies … and more letters. 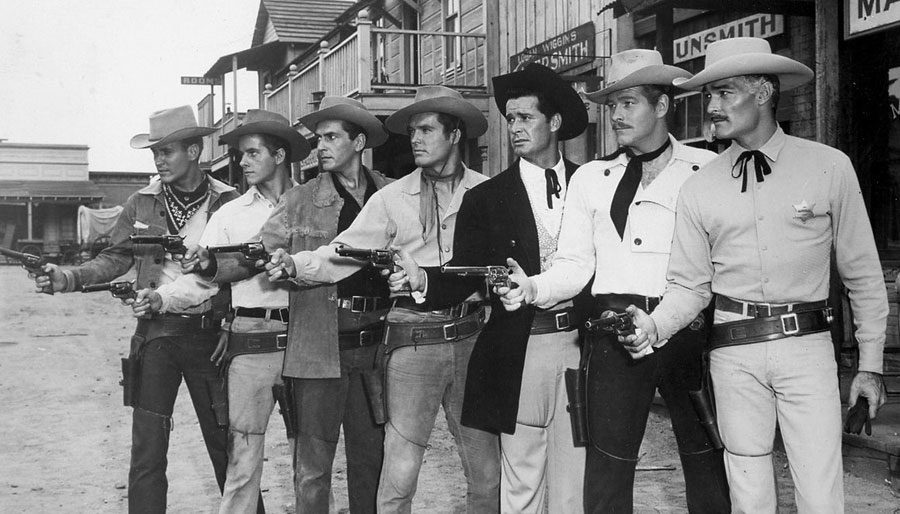 Our resident reviewer, Omar, speaks for an entire generation of fans who say: “We don’t get Westerns …” Plus another letter about the glory of original series compared to their “re-boots.” 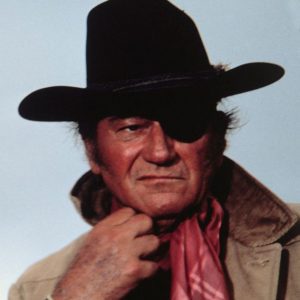 I like how you two do themes for your Winening episodes, like how did a James Bond theme last year, then a Christmas theme in December, and now a Western theme starting with My Darling Clementine.

While I have enjoyed and gone out of my way to see movies of every genre, the one genre I have never been a fan of is the Western genre.

I don’t what it is, whether it’s the pacing or the tropes of a Western, I just do not know why the Western genre is the only one I cannot gravitate towards.

That’s just me. I’m sure others feel differently.

What happens when script changes don’t manage to “fix” a film?

I used to give recommendations a while back for movies, which became Watch Of The Day on the Burnettwork website. I have now been giving reviews, and recommendations for those who haven’t seen them, for movies and tv shows I have seen like Queen’s Gambit, The Man From U.N.C.L.E, and Trading Places. 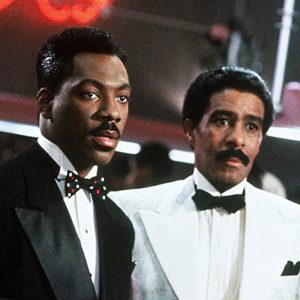 However, for this letter, I wanted to do something a little different. I wanted to give reviews for movies, but with a bit of a twist. I like reading screenplays, especially ones for movies which were made, in order to compare the differences between the final films and the scripts. However, I also like reading scripts for unmade films. So what I plan to do, starting with this letter, is to give my reviews of scripts and movies, and compare the two by saying what worked and what didn’t, or just give my review of a script if the film was never made.

The first script and movie I will review is Eddie Murphy’s Harlem Nights, which he wrote, directed, and starred in alongside Richard Pryor, Redd Foxx, and Danny Aiello. Here’s a link to the script for those who are interested in reading it.

The script is almost exactly like the final film. The only main differences are one deleted scene taking place at a hospital, as well as a few minor visual and dialogue changes which were probably changed later for the final film.

My review of the script is similar to what I think of the final film.

While I don’t dislike it and find it bad like many others, I don’t think it’s that good either. I like the performances from Pryor and Aiello, the cinematography and production values are really good, but felt the script was the main problem. The dialogue was a bit repetitive, as sometimes characters would say the same thing a few times when they spoke, and there was so much unnecessary profanity which could have all been cut out. All the Arsenio Hall stuff could have been cut out since it doesn’t really add that a whole lot to the overall plot. If those problems were all fixed, the movie would have been better, faster paced, and more focused. I’m also not sure why the film is a comedy, as it would have been better as a period piece crime drama.

That is my first review for a new thing I am trying out.

The wonders of Star Trek and Planet of the Apes – and why the remakes are just cheap copies.

This is my second letter to the Post-Geek Singularity. And this letter will be about the wonders of Star Trek and Planet of the Apes.

I know my last one was on my favorite franchise Star Wars, but me and my father were watching Season 1 episode 13 of Discovery and it was terrible, even worse than Enterprise. In your face writing is just bad, I find AZ’s Heels vs Babyface reviews of Star Trek Discovery more entertaining and full of emotion than this disjointed plot of a show. I feel that what Discovery needs or what Star Trek needs right now is someone like yourself, or Seth Mcfarland to go in and bring this franchise back from its zombie state.

I personally don’t like Viacom’s treatment of Fan projects and Hollywood’s general treatment of Fan projects. I know in the world of PC gaming the Age of Empire 2 was developed by Microsoft and Ensemble Studios and was released in 1999 and is considered one of the best selling Strategy games on PC of all time. In 2012 a group of mod fan developers calling themselves the Forgotten Empire development team created a free to download mod called the Forgotten Empires mod that was an unofficial 2nd expansion to the original Ages of Empire 2.

Microsoft saw the growing popularity of the mod and quickly hired them to work on the HD release of Ages of Empire 2 and made their Forgotten Empires mod an official expansion. Today on the steam store, Microsoft and the Forgotten Empires development team have recently released the Ages of Empire 2 definitive edition which includes 3 additional expansions to the already beloved 4K HD release of the game.

This is what Star Trek needs right now they need fans like us, Seth McFarland, John DeLancie “Q himself” who wrote the Gift TNG comic and shows how he can write a hell of a good Star Trek story, and even better yet why not hire the people from Axanar or James Kerwin from Star Trek Continues to come up with a new Star Trek show. It is obvious that the current people doing Star Trek are only driving it further to the ground, and making me and my dad want to read the Star Trek and TNG comics and books of the 1990’s.

The in-your-face social commentary and disjointed story falls in comparison of the Original Planet of the Apes. 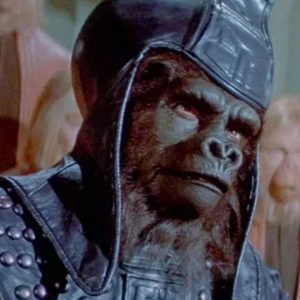 The reason being is the films’ commentary in Conquest the treatment of the Apes is meant to mirror that of racial issues of that era, even the racial violence shown when the apes go to war against the humans is meant to reflect racial protests of the 1970’s. Beneath the references to Nuclear war, the chimps protesting the gorillas going to war in the forbidden zone is a reference to the Vietnam war, the people who worship the bomb and their psychic abilities being a reference to the possible development of man’s exposure of radioactive fallout.

My friends, whenever mentioning the original Planet of the Apes, laugh claiming that Rise, Dawn and War of the Planet of the Apes were better compared to those old 50 year old films. The problem is that these newer films of the franchise I just don’t like it at all for when it comes to story the Original films from 50 years ago are fare better then anything from today the makeup was revolutionary at that time and the story’s political commentary from the original films were fare better and fantastic compared to Rise, Dawn and War. Planet of the Apes films of 1967-1973 are the gold standard of political and social commentary in film, which I feel many of these film directors and writers need to study. For how it’s written in most modern films and shows it just hits you in the head like Star Trek Discovery.