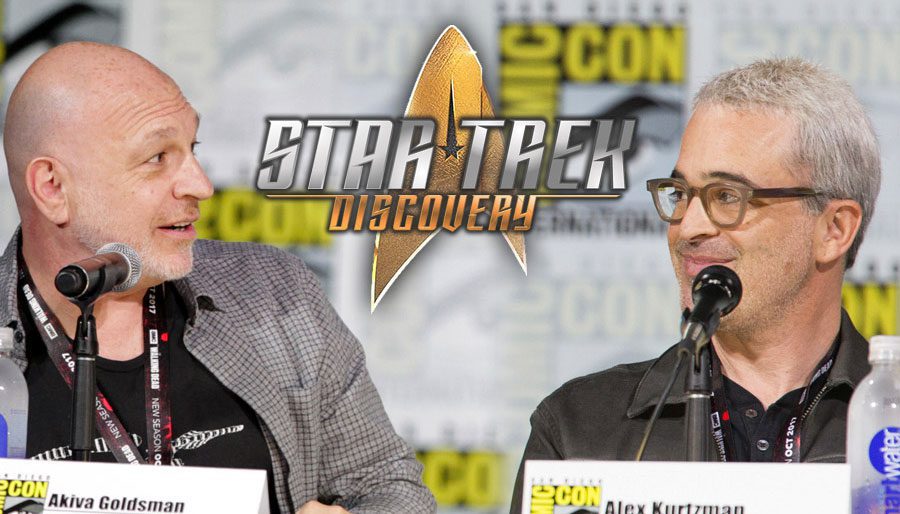 With regard to the latest episode of Star Trek: Discovery … I thought that was just awful especially on their explanation of the burn.

Spoiler alert, but I can’t believe that the explanation they came up with is that there’s a kelpian with some sort of anger issue that somehow affected the entire universe or whatever. That was just stupid.

He co-wrote The Legend of Zorro, a disappointing sequel to The Mask of Zorro. He also co-wrote The Island, Mission: Impossible III, Transformers, Star Trek 09, Revenge of the Fallen, Cowboys and Aliens, Star Trek Into Darkness, and The Amazing Spider-Man 2. If you look at those films, they are mixed bag. Those films are either decent or bad (but of course they are subjective).

He directed a drama film called People Like Us which did not go well at the box office and received mixed reviews. And then there’s The Mummy with Tom Cruise and we know how that went.

He also has TV credits with Alias, Fringe, Sleepy Hollow, and Hawaii Five-0. But he wasn’t very involved with those shows. Looking at his track record, none of them showed that Kurtzman is a great writer, director, or producer particularly on franchises.

It’s clear that those projects are just job for him and of course paycheck because there’s a lot of money when you’re involved in those.

But I am disappointed that he will be involved in the upcoming Clarice TV series. Really? They are letting him get involved in that franchise. Ugh.

And here’s the thing: Because of some complicated rights issues, the show cannot feature or make reference to Hannibal Lecter. Kurtzman said in an interview on EW:

“I’m still trying to understand how the rights are divided. But it’s been quite liberating because we have no interest in writing about Hannibal—not because we didn’t love the films and the show, but because it was done so well by so many people that it didn’t feel fresh for us.” – Alex Kurtzman

Ummm….how can you make a Clarice show without ever referencing to Lecter especially if it is supposedly set after Silence of the Lambs? Why won’t they just create another procedural show with a new female character?

I wish Bryan Fuller made Hannibal season 4 instead. They should have give him the rights for Clarice and do his thing. Doing a Clarice show without any reference to Lecter is like doing a show centering on Michael Corleone without mentioning Vito. They’re just gonna ruin the iconic character. It’s gonna be bad.

As for Akiva Goldsman, yes, he won an Oscar for writing A Beautiful Mind which is a grounded and non-franchise film.

He has an Oscar. Okay, good for him. He has a good decoration in his office.

But then he’s involved with franchise films like Batman Forever, Batman and Robin, Lost in Space (1998), The Da Vinci Code, Divergent Series: Insurgent, and The Dark Tower. Sigh. I don’t know who would look at that and say “Geez, he knows how to write good stories based on a franchise.”

He also directed, wrote, and produced Winter’s Tale, an all-star cast fantasy film that bombed at the box office and panned by critics. Then, he got involved with Titans which he wasn’t very involved. It’s like they pulled him in because he has experience in franchises. Now, he is with modern Star Trek (particularly on Picard and Strange New World). Sigh.

I don’t see anything that says Kurtzman and Goldman are huge Trekkies. They’re just involved with franchises but I don’t think they grew up geeking out over Star Trek which is why the material that we’re getting is bad.

I’m not saying that die hard Trekkie fans are the only ones allowed to get involved in Star Trek shows, but they have no idea what Star Trek is really about. They just write what they think and what they want on Star Trek based on what they know on being involved in franchise or whatever.

I don’t know. They’re just not qualified for me. Anyways, that is all my letter for now.

Thank you for reading and I’m looking forward for your thoughts.