What some people will do (or not) for ratings. 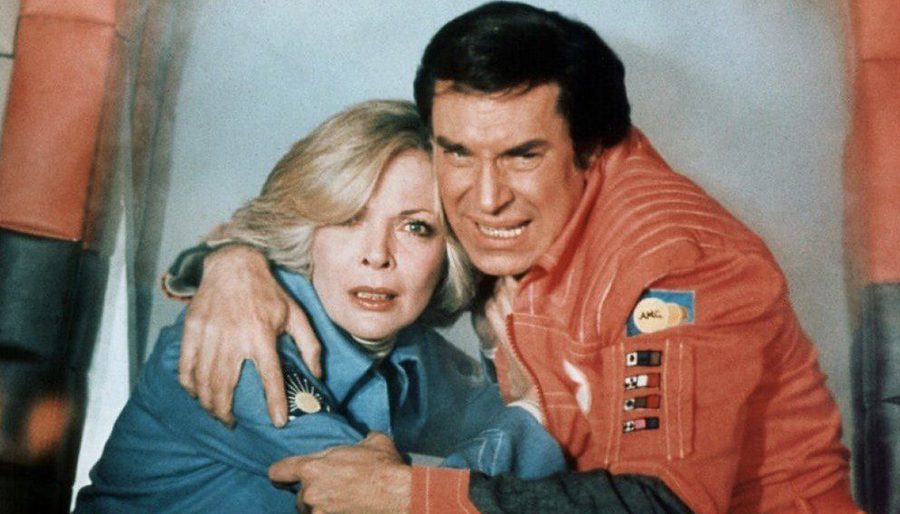 SPACE: 1999 was a 1970s action-adventure series produced by Gerry and Sylvia Anderson and only ran for two seasons. Could it have run longer? What needed to happen to ensure a third season?  That’s our seven words or less challenge today …

Gerry Anderson’s SPACE: 1999 had a compelling first season, but the second season … well??? We have it on good authority this picture was taken of actress Barbara Bain and her husband, Martin Landau, after they were told they’d need to do something to boost ratings for season two of SPACE: 1999.

What were they asked to do?

Desperation is a cruel mistress. Let your imagination run free and your answers find their way into the comments section, below.