We don’t all have to like the same thing, do we? 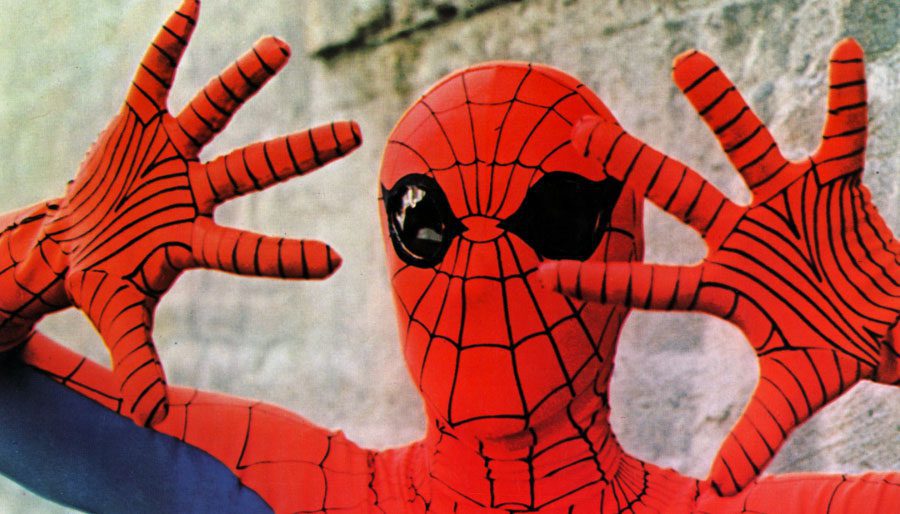 What makes something like a film, a TV show, a character or a musician our favorite? Isn’t okay for us to like different things? Our inability to agree is natural, but can’t it also be celebrated? Your letters make us think deeply – and for that we thank you. 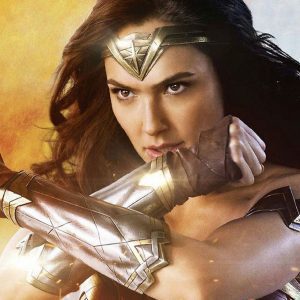 Will Patty Jenkins see directing and producing opportunities dry up because American audiences don’t like WW84?

I wanted to write in defense of WW84 but it would be pointless considering that American fandom has already decided this film is garbage. I think Guardians of the Galaxy 2 and Thor Ragnarok are far worse films because they don’t appeal to worldwide audiences but, who cares … a movie is good as long as it makes Americans happy.

I believe Patty Jenkins made this movie the way it is because that’s what powerful directors do, don’t they?

I didn’t want to bring gender issues here but its obvious that women can’t have fun with their “mistakes.” Now people want Patty out of DC and Star Wars. Some pundits say her mediocrity was rewarded with the announcement of a third movie. But guys like Christopher Nolan can fuck up big time and yet, people prefer to just NOT talk about it. I’m not sure if reversing that episode of Winening was the right thing to do.

Why do you think some bad movies work and others don’t? What makes astute viewers like yourselves enjoy terrible stuff like Aquaman, Godzilla KOTM (I liked this one a lot) or A Good Woman is Hard to Find?

I carefully wish you a happy new year.
Hassan C.

Questions for Rob and Dieter and other fans of physical media

Just wanted to say how much I enjoy the show, the wealth of knowledge you both have and your passion for Physical Media.

A bit of info about me, I am a collector of comics and movies (Physical of course) and while it’s difficult to display my titles without the anxiety my kids may damage them I have slowly started displaying them this year to my delight.

Also my teenage son has amassed his own impressive collection which rivals my own collection and like father like son, he too loves physical media.

I wanted to ask you both a question, if you could pick a Film or TV Series that you could have restored, released in 4k in a premium box set what would choose and why?

What would I pick? I’m glad you asked…

I am a massive fan of the short lived 1977 Spider-Man Film and the subsequent 13 episodes that followed. It’s never had a DVD, Blu Ray, 4K or Streaming release.
This was a gateway for me as a small boy into what would become a lifelong love story with comic books for myself.

For me I would walk over hot coals for this release.

I look forward to what releases may come in 2021 and thank you both again for being the great ambassadors of Physical Media that you are.

I have noticed at times on your shows you have the odd Steelbook to show.

Can I ask you both – as I saw Dieter proudly displaying his Terminator 2 FAC Maniacs Box Set – do you own any other premium Steelbook box sets?

Over the past 4 years I have amassed a large collection of steelbooks and I have to say if you both like a box set set with all the bells and whistles well there are some great retailers out there.

I would point out the amazing collections from Blufans, HDZeta, Film Arena etc

Who toys with toys? 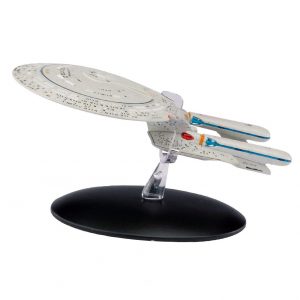 First, since AZ is big on Star Trek does he have any Eaglemoss starships or is he more into characters? I personally only own one starship given that I don’t know where to put everything. I can only imagine how much space your collections takes up. Speaking of which, when I first saw “The Director” (George Lucas) I thought that it was a figure of “Dr. Neil deGrasse Tyson”.

Secondly, I checked out the website for “Hot Toys”. I can’t say that I was expecting much from its Star Trek department, but really? Not even a Lord Khan Noonien Singh or General Chang?

Thirdly, you said that you rated the Mandalorian in terms of characters you wanted to buy hot toys of. So, if you had to pick ONE Star Trek character from the expanded universe who would you want as a hot toy?

For myself, Nano the Lirin. Though, the fanboy-ized Kaylar Warrior from Early Voyages could also be cool.

Some Filipino films worth collecting

Hi Rob and to the PSG.

Thank you for reading my letters regarding the new Filipino film “Fan Girl” and my discussions on Kurtzman and Goldsman. I love your responses on those. I will never get tired of watching you discuss modern Star Trek because I think there really needs to be a discourse about those until somebody in ViacomCBS finally makes a smart decision on how Star Trek should be handled.

Anyways, in this letter, I will follow-up on your response in my letter discussing “Fan Girl” and also a new information regarding the film.

The 2020 Metro Manila Film Festival recently held their virtual awards night in which “Fan Girl” won 8 awards which are Best Picture, Best Director, Best Actor, Best Actress, Best Screenplay, Best Cinematography, Best Editing, and Best Sound. Congratulations to them and they are all well-deserved. Regarding your question if you can get a physical media of it, I do hope that there’s someone out there who can release “Fan Girl” in physical media.

Physical media is closer to obsolete nowadays in the Philippines as their home video releases are now mostly though digital. But maybe someone in Arrow or Second Sight or Criterion or whoever out there can release the film and other acclaimed Filipino films in physical media. I don’t know if there will be sales, but why not? But right now, if you wanna watch “Fan Girl,” you can only watch it online on the VOD platform Upstream.

But I will recommend you Filipino films that are available in Blu-Ray that you might be interested to get. 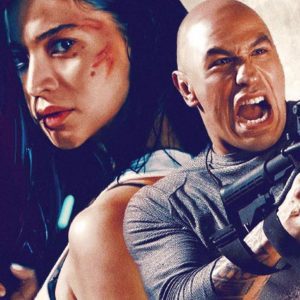 BuyBust – a Filipino action movie is a recommended “buy” from Mike F.

First is the 2018 action film “BuyBust” directed by Erik Matti and starring Anne Curtis and MMA fighter Brandon Vera. It’s about a drug raid operation that went wrong one night in the slum area of Manila. I highly recommend that film and I think you will dig it since you love The Raid.

There is also the 2013 neo-noir action film “On the Job” also directed by Erik Matti. It tells the story of two hit-man prisoners who are temporarily freed to carry out political executions, and two law enforcers tasked with investigating the drug-related murder case connected to the prison gun-for-hire business.

I also highly recommend that film and it is critically-acclaimed with 94% score on Rotten Tomatoes and received standing ovation when it was screened at the Cannes Film Festival. I think you love it as well. 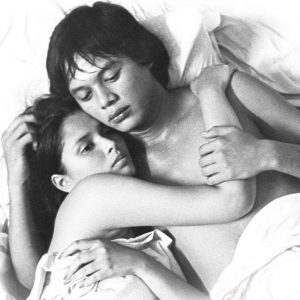 Manila In The Claws of Night is a Filipino film classic.

The story centers on a young fisherman from a provincial village who arrives in Manila on a quest to track down his girlfriend, who was lured there with the promise of work and hasn’t been heard from since. In the meantime, he takes a low-wage job at a construction site and witnesses life on the streets, where death strikes without warning, corruption and exploitation are commonplace, and protests hint at escalating civil unrest. Since you love world cinema, you should definitely get this one and it will give you an introduction to the best of Filipino cinema.

Last but not the least is the 1976 Filipino classic “Insiang” also from Lino Brocka which is available as well from Criterion. The film centers on Insiang who leads a quiet life dominated by household duties, but after she is raped by her mother’s lover and abandoned by the young man who claims to care for her, she exacts vicious revenge. The film is also critically-acclaimed and a classic of Filipino cinema. It is also the very first Filipino film to be shown at the Cannes Film Festival. The film bombed at the box office when it was released, but it is now known as one of the best Filipino films. It has a 100% score right now on Rotten Tomatoes.

Anyways, that is all my letter for now. I hope you’ll get the physical media of these Filipino films and check them out and perhaps feature them on “Let’s Get Physical Media.” If there is someone out there who works for Criterion or other distributors who are watching this, I hope you’ll consider picking up other great Filipino films. I can give them a good list.

Thank you Rob for reading and stay safe.

How is everything? Been a fan for a long time.

This a Star Trek question. I agree about what you say about Star Trek. I’m a fan like you (from original Star Trek to Voyager). After ST:Voyager, that was it for Star Trek.

I would like to know what your favorite Enterprise starship is. Mine is the re-fit from STar Trek: The Motion Picture. 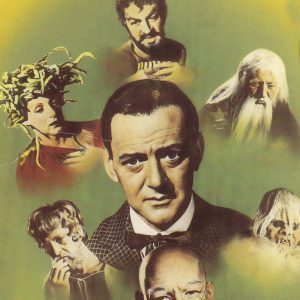 The next time you find yourselves stuck without a movie to watch, I would be REALLY grateful if you would show Elysabeth THE SEVEN FACES OF DOCTOR LAO.

I know it just slipped your mind, but it’s such a positive movie, it’s available to watch on Amazon. And honestly, I’ve slipped you so much cheddar over time to turn her onto it for WINEing about movies, don’t you think it’s due?