Tim Burton and Johnny Depp team up for the first time in EDWARD SCISSORHANDS. 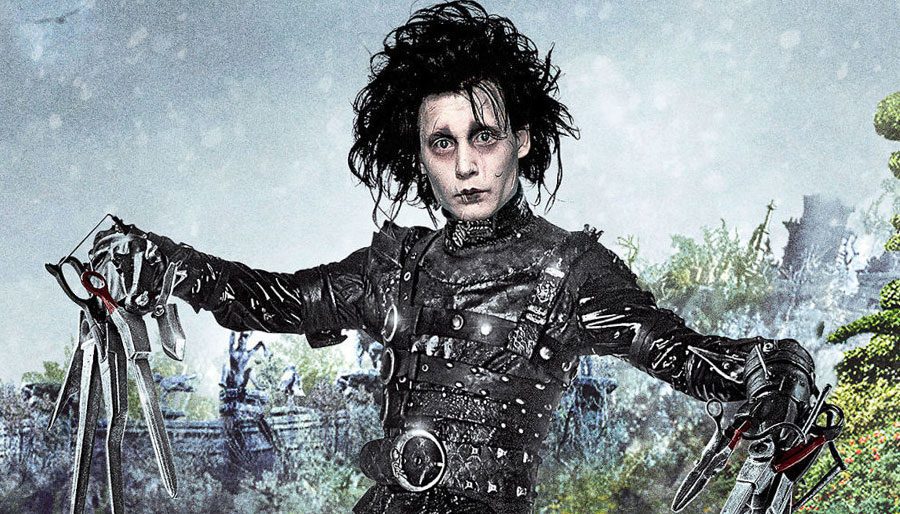 December 7, 2020 marks the 30th anniversary of Edward Scissorhands, which released on this day in 1990. Coming off the massive success of 1989’s Batman, Tim Burton made this movie, reuniting with composer Danny Elfman, and starting his collaboration with Johnny Depp. Alongside Depp, the film also stars Winona Ryder, Anthony Michael Hall, Dianne West, Vincent Price, and Alan Arkin.

Thanks to its casting, score, cinematography, hair and makeup, costumes, and set design, I always liked Edward Scissorhands. Tim Burton and Danny Elfman both consider the film their favorite and most personal work.

A scientist (Vincent Price) builds an animated human being — the gentle Edward (Johnny Depp). The scientist dies before he can finish assembling Edward, though, leaving the young man with a freakish appearance accentuated by the scissor blades he has instead of hands. Loving suburban saleswoman Peg (Dianne Wiest) discovers Edward and takes him home, where he falls for Peg’s teen daughter (Winona Ryder). However, despite his kindness and artistic talent, Edward’s hands make him an outcast.

The idea for the movie was inspired by a drawing Tim Burton had done when he was a teenager. The drawing depicted a thin, solemn man with long, sharp blades for fingers. Burton stated that he was often alone and had trouble retaining friendships. “I get the feeling people just got this urge to want to leave me alone for some reason, I don’t know exactly why.”

Dianne Wiest was the first to sign on. “Dianne, in particular, was wonderful”, Tim Burton said. “She was the first actress to read the script, supported it completely and, because she is so respected, once she had given it her stamp of approval, others soon got interested”. The role of The Inventor was written specifically for Vincent Price.