This early 60s film was a romantic comedy before rom-coms were cool. 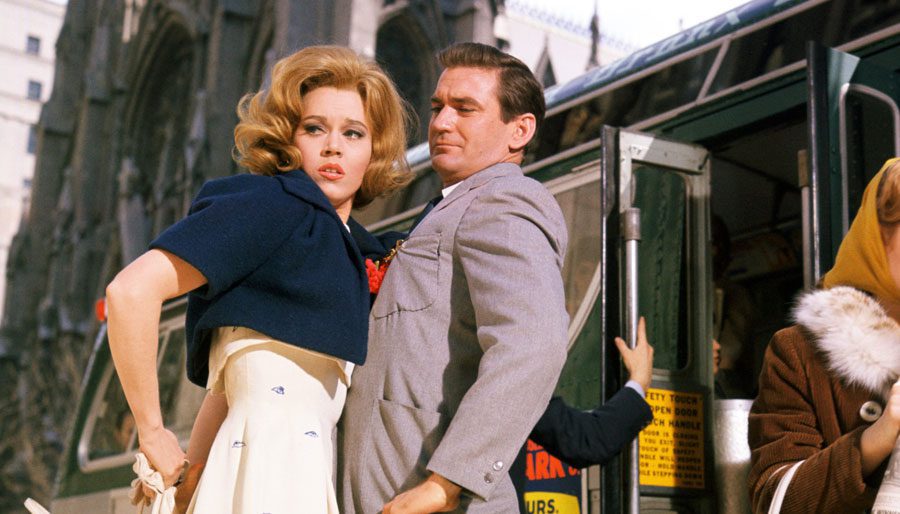 Looking for a “mid-century” version of the classic screwball comedy?

Look no further than the 1963 romantic comedy called Sunday In New York.

The film stars Jane Fonda, Rod Taylor (who was in Alfred Hitchcock’s The Birds), Cliff Robertson (best known as Uncle Ben in the Sam Raimi Spider-Man movies), and Jim Backus (best known as Thurston Howell III from Gilligan’s Island and James Dean’s dad in Rebel Without A Cause).

Troubled over pressure from her boyfriend (Robert Culp) to have sex, prim and proper Eileen Tyler (Jane Fonda) decides to visit her brother Adam (Cliff Robertson), a pilot who has an apartment in New York City. After comforting Eileen, Adam departs to meet his lover, Mona Harris (Jo Morrow), leaving his sister on her own in Manhattan. While out and about, Eileen meets the handsome Mike Mitchell (Rod Taylor), and the two spend a romantic afternoon together.

The New York production of the play “Sunday in New York” by Norman Krasna opened at the Cort Theater in New York on November 27, 1961 and ran for 188 performances. The original Broadway cast included a young Robert Redford.

Once pianist Peter Nero was engaged to compose the film’s musical score, several references to his work were injected into the script, as well as a nightclub sequence in which the musician appears as himself on screen. As Nero was under exclusive contract to RCA Victor, it was that label that released the film’s original soundtrack album.

Jane Fonda plays a character that’s supposed to be 22 years old, but in reality she’s 26 or 27. This was the first film Fonda received a six-figure contract. She has been quoted as stating that this film was the first time she enjoyed making a movie or thought she was any good at acting.