The use, abuse and frustration of fans – and yet they keep coming back … and more letters. 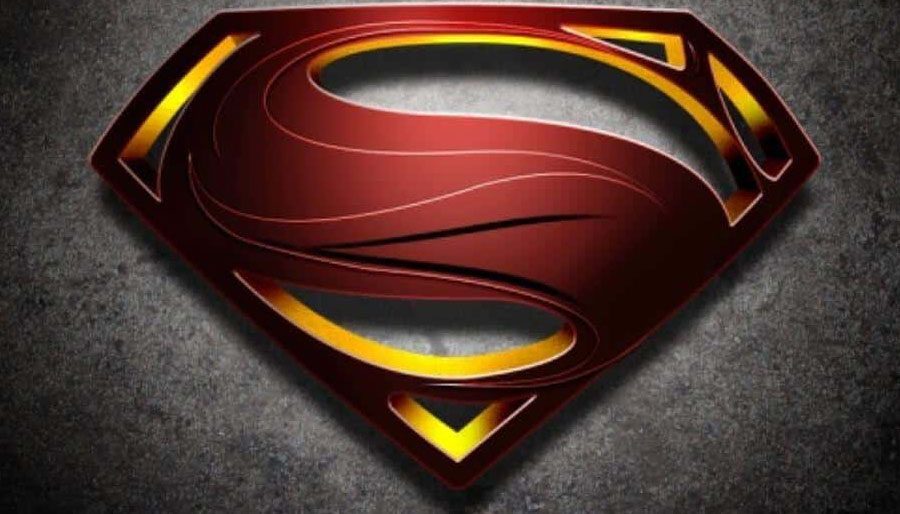 Fans are funny. They complain to high heaven when something falls out of continuity, but they’ll sit through multiple screenings of a movie to catch every line of hard-to-hear dialog. Go figure. Plus more letters from fans.

“Why I still love my favorite fandoms.”

Hey Robert and members of The Post-Geek Singularity. I’m back again with another letter.

And for today’s letter, I wanted to talk about my fandoms and why I will continue to enjoy them.

I have always liked Star Wars, Star Trek, Marvel, DC Comics, Disney and other franchises etc. But a few years ago, I – for a time – almost walked away from fandoms altogether because of the endless complaining, hate and the “Oh, this is bad that is bad” and such.

But what stopped me from doing that is my love of these fandoms through thick and thin; good times and bad. Also I have never never been one of those fans to say “Oh, this is bad, that is bad.”

Anytime I watch a story, if it is good I will give it it’s praise but if it’s bad I will say why it is – bad but I’m always civil about it (or try to be). I know in this day in age, with everything going on, it’s hard to be civil about any fandom (with the likes of Star Wars, Star Trek, Marvel, DC Comics, Disney and other franchises, etc.).

But as long as the stories are good – or if at times their not so good – it’s always healthy to talk about. But be civil about it.

That’s why I never get into Fandom Wars or sometimes ship wars about what is better. It’s not healthy. I just like what I like talk about what I like and move on.

Well, those are my thoughts Robert what are yours?

Take Care Robert and keep up the amazing work !!!

What films do you need to see more than once to enjoy (or even understand)?

James Wallace here and second time this week I’ve sent in a letter – that’s record for me. 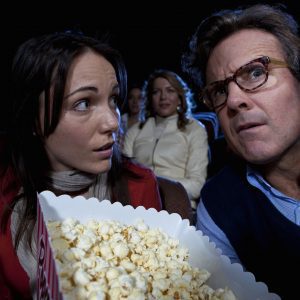 Are you one of “those” people who will go to a movie multiple times to make sure you’ve able to appreciate it?

I’ve watched Tenet four times now and it keeps getting better and better. I understand the criticisms about the sound – first time I saw it was at the IMAX in Orange County – no problem really with the sound or understanding the dialogue, but the film was over whelming and I had to think about it quite a bit afterwards.

Interesting what you hear in the dialogue when reading it.

This is not the first time Nolan has gone down the sound rabbit hole – Inception and The Dark Knight Rises had complaints about sound – with Inception – one line of dialogue that’s hard to hear makes a difference in how to interpret the film and DKR is the stuff with Bane at the beginning. Part of me thinks Nolan does this on purpose so you’ll revisit the film like one would his idol Stanley Kubrick.

Hell, Alien – the sound in that film with dialogue is murky at times and The Gentlemen – McConnahey’s last line in the film is hard to understand – I had to turn on the closed caption for that scene.

Now both Tenet and The Gentlemen – I’ve grown to love more and more on each repeat viewing. 2001 and Blade Runner – it took me at least five viewings before I loved those films – didn’t like them at first, but… something just kept bringing me back to watch those films – I was 12 with loving Blade Runner and 16 with 2001.

I think your enthusiasm and love for Star Trek: The Motion Picture: The Director’s Edition – reinvigorated my love and wanting to revisit that film to the point I was watching it a few times a week for a while there. Then there is the opposite spectrum: a movie you love – for me Manhunter – that years later just doesn’t hold up. Watched that film recently and it has a lot of problems. Love the style, but the acting – ouch.

My question: what are two films that stand out for you as films you may’ve not cared for at first – but grew to love and two films that you may’ve loved initially but didn’t really care for on repeat viewings?
-James W.

This fan appreciates the opportunity to submit a story to the TBN short story competition. 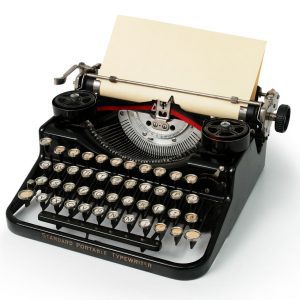 This is my second letter submitted to your show. The last one was about recommending The Raven books by James Barclay, who got me into the fantasy swords and sandals genre.

How tables have turned and am now writing to say thank you for giving me an opportunity to write and submit my own story for you and the judges consideration.

It is my first time writing anything for public scrutiny so a little nervous. I did try my hand at it before with another story I came up with, a good 10 Years ago. Even though the story I submitted started it’s conception a month or two ago, and even though it is a sci-fi horror, some of it is based on real events in my life and…. well, I will leave it up to ppl reading, hopefully, to figure which parts really happened.

Whatever the outcome, I had fun writing it. Seeing how the story changed as it progressed over a short amount of time. Making adjustments here and hard editing choices, cutting out parts I wanted to keep, but made the story too long. I am under no illusion that the works that will come to you will make me feel humbled just to be in the same competition even if don’t make the finals or even into the book. Good luck to you all fellow connoisseurs.

No matter what happens I got Campea in my ear shouting in his best supportive voice. “Well done! You got off your butt and you did it and you created something many never end up doing.”

If I can make just 1 person be entertained or even better, creeped out, then it’s better than missing out, never trying and regret what could have been.

So once again thank you for giving me a chance to try something new, create art and distract me from the world as it is right now and my mundane day job working in retail.

All the best to you and have a great day.
-Rick S.

This Imagination Connoisseur is not a fan of new logos for old studios.

This is just a pet peeve of mine, but I don’t really like when movie studios change their logos.

Some I don’t mind, as they don’t stray too far, such as Paramount, Fox, and MGM. Paramount has the same logo of the snowy mountain, as the only real change made, was how it used to just be a still image, but later movement was added for when the stars appear over the mountain. Fox’s intro pretty much remained the same, other than extra music being added, and movement around the logo, as it used to just to be one still shot. MGM pretty much has the same logo with the lion, so it’s not a big deal.

There are some studios whose new logos I don’t mind, since it’s still very similar, but I just prefer an older version, like for Universal, Columbia, and Disney. Universal’s logo has the shot of Earth, throughout its entire history. While I do like the logo now, and for the previous one which was created in 1997, both of which have Jerry Goldsmith’s music, I prefer the one made in 1990 with James Horner’s music.

Columbia always has the shot of a woman with the torch, but I prefer the older versions where it was usually just a still image of the woman, but the light from her torch is glowing. The modern one where we zoom out of torch to see the shot of the woman is fine, but I like the older ones of the still image but glowing light better. Disney’s modern intro has the “When You Wish Upon A Star” music with the camera being moved back to show a castle. 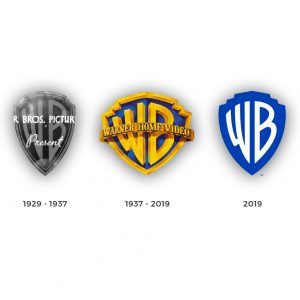 The Warner Brothers Studios logo over the years.

While I have nothing against, I prefer the older one where it was a clear blue background and slowly a bluish white light slowly starts forming a bluish white castle from top to bottom, then the words “Walt Disney Pictures” appears at the bottom, and a line goes over the castle. There’s also this music which appears in it with a whistle at the end of it.

However, the only studio whose logo I now have a problem with is Warner Bros. I just do not like the modern look of the logo, where it’s a skinny blue, white, or red highlight of a shield with the letters WB written inside it. I don’t know why, but it just turns me off.

I like the older classic version, where the logo is bigger, and the shield is yellow and blue, with the letters WB inside it, and a banner in the front saying “Warner Bros. Pictures”. That’s the one from movies like Alfred Hitchcock’s Rope, Tim Burton’s Batman, Tango & Cash, and a lot of Richard Donner’s movies like Lethal Weapon, Maverick, and Conspiracy Theory.

Anyways, I’m going on and on. It’s just a pet peeve of mine when studios change their logos.