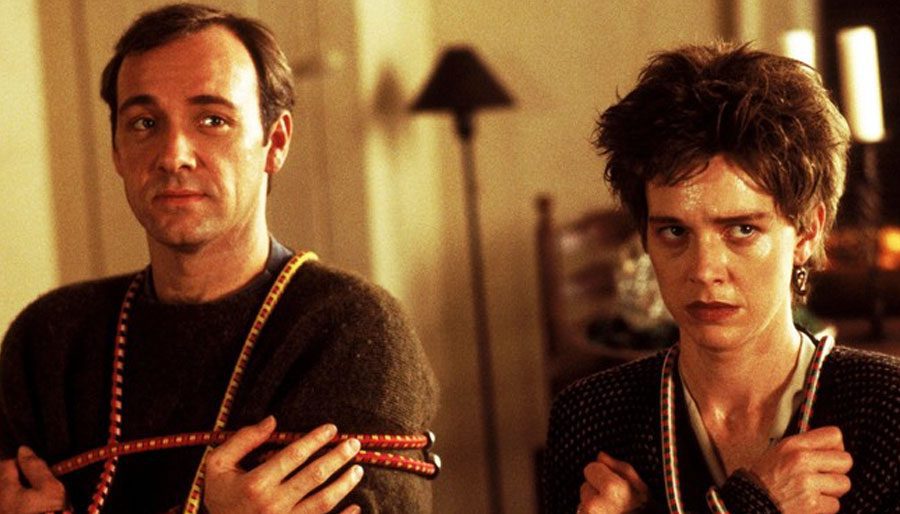 In his review of THE REF, our film critic, Omar, breaks down how Denis Leary delivers the laughs in this under-watched holiday treat.

I have another review, and recommendation if you haven’t seen it, to share with the Post Geek Singularity. This is for a 1994 comedy called The Ref, starring Denis Leary and Kevin Spacey, but also having appearances from those like Christine Baranski and J.K Simmons.

This review would have definitely been better suited leading up to Christmas, since the film takes place on Christmas Eve, but I did not see it for the first time until recently, even though I said to myself I would see it for a long time.

I made a big mistake in waiting because I think this movie is quite good. It was fresh and funny, with all the comedy coming from the banter and bickering between all the characters. All the acting performances are great, as it seemed all of them were really adept to comedy.

The only issue I really had with the film was the ending, as I found it to be a little rushed and underwhelming. However, I found out the original conclusion of the film did not test well with screening audiences, so the film’s ending was changed into what we have now. The director has since regretted creating a new ending.

Overall, The Ref is a fun movie to watch, and I would recommend it to those who have not seen it, as I think you will have a good time watching it.

Interesting Facts About the Movie (from IMDb and Wikipedia)

Richard LaGravenese co-wrote the film with his sister-in-law Marie Weiss. It was inspired by their families.

For example, the dinner scene: “Both Marie and I are Italian Catholics who married into Jewish families, so we do have those big holiday dinners,” LaGravenese said. Weiss began writing the script in 1989 after she and her husband moved from New York to California. Inspiration came from an argument she had with him and she thought, “Wouldn’t it be great if there were a third party to step in and referee?”

She wrote several drafts and consulted with LaGravenese in 1991 and they took it to Disney. The studio approved the project within 20 minutes. LaGravenese spent a year revising the script until he finally got “tired of doing rewrites for executives.”

After Ted Demme directed comedian Denis Leary in No Cure for Cancer, a stand-up comedy special for Showtime, they got the script for The Ref and decided to do it.

The studio cast Leary based on the sarcastic funny man persona he cultivated in MTV spots that Demme directed. Leary joined the project as part of a three picture deal with Disney.

Their involvement motivated LaGravenese to come back to the project. Executive producer Don Simpson described the overall tone of The Ref as “biting and sarcastic. Just my nature.”

This film marked the debut of J.K. Simmons (who would go on to win an Academy Award for Whiplash in 2015).

The original ending had Denis Leary being caught by the cops to show the son that a life of crime leads nowhere. However, after screening the movie to a test audience and receiving negative comments about the ending, director Ted Demme changed it. He now admits he regrets changing it.