THE MAN FROM U.N.C.L.E. looks great. But looks aren’t everything – even if you’re Henry Cavill. 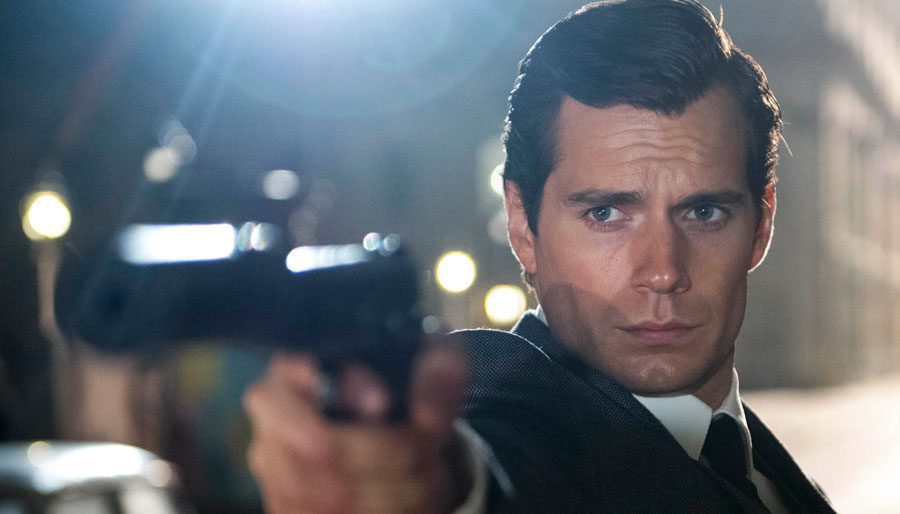 In his review, Omar, a fellow Imagination Connoisseur with a passion for vintage films, tells us he found a lot to like in Guy Ritchie’s revival of THE MAN FROM U.N.C.L.E. Unfortunately, a clear plot was not one of them …

I have a movie review which I wanted to share with the Post Geek Singularity, and recommendation to those who have not seen it. That movie is Guy Ritchie’s 2015 film adaptation of the 1960s tv show, The Man From U.N.C.L.E, starring Henry Cavill, Armie Hammer, Alicia Vikander, and Hugh Grant.

I did not see this film until last year, and you know what, I made a big mistake in waiting so long and regret not seeing in theaters, because I enjoyed the film and found it really fun.

While it was definitely more style over substance, I did still end up liking the film at the end. It was visually great to look at, from its cinematography, locations, costume design, hair and makeup, set design, and action set pieces. I also thought Henry Cavill and Armie Hammer were a great duo.

However, there are problems with the film. The plot was a little too convoluted at times, as I felt the story needed to be slowed down a little, in order to fully get a grasp of what was going on. While I think Cavill and Hammer were a great duo, I didn’t think their accents were the best, as Cavill’s American accent and Hammer’s Russian accent could have been a little better, since there were times in which I felt they were forcing those accents out of them a little too much.

Overall, despite some problems, I enjoyed The Man From U.N.C.L.E, and would recommend it to those who haven’t seen it. It’s a shame the movie flopped at the box office and had a lukewarm critical response, as I would have been interested in seeing a sequel.

Interesting Facts About the Movie (IMDb)

Warner Bros. Entertainment had been trying to adapt The Man from U.N.C.L.E. (1964) for over a decade. It was a project that could not get the green light. One of the reasons the film stayed in the 1960s time period was to allow it to have its own world, own reality, and own tone that would set it apart from films like the Bourne franchise and other recent spy thrillers, which take place in a modern time period. The TV series The Man from U.N.C.L.E. (1964) was partially developed by Ian Fleming, the creator of James Bond. Napoleon Solo had started out as a character in Fleming’s novel “Goldfinger”. In homage, in this film Alexander Waverly is a Commander in the British Naval Intelligence, the same rank that James Bond holds. Tom Cruise was cast as Napoleon Solo but chose to focus instead on Mission: Impossible – Rogue Nation (2015), so he dropped out. Henry Cavill, who was at first considered for the role of Illya Kuryakin, was cast. Cavill would go on to star in Mission: Impossible – Fallout (2018), alongside Tom Cruise. The movie takes place a year or two after the Cuban Missile Crisis, an origin story that the TV show The Man from U.N.C.L.E. (1964) never explained. Presenting the origin story was one of the reasons director, producer, and co-screenwriter Guy Ritchie and producer and co-screenwriter Lionel Wigram wanted to do the project. Wigram said of this movie: “One of the ways we put our own spin on it was by making it an origin story about how U.N.C.L.E. was formed. In the series, U.N.C.L.E. already existed. So in the midst of the Cold War you had the CIA and KGB secretly teaming for the greater good at a time when East-West relations were at their absolute worst. How did such an alliance come about?”