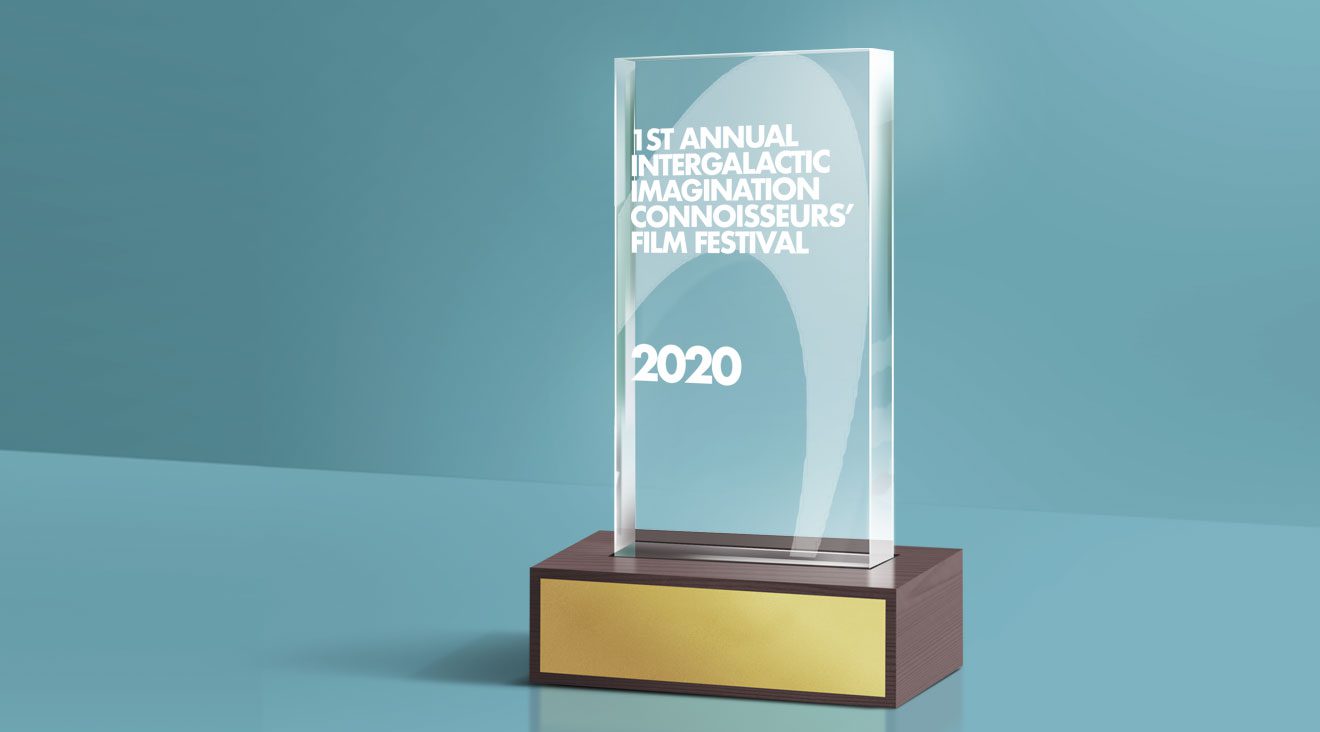 Mr. Burnett is quick to point out that due to the trans-galactic nature of the contest, The Burnettwork will waive any submission fees for projects not from this planet. “I’m pretty sure it’s safe to assume that inter-planetary currency exchange rates have yet to be worked out and frankly, no one is sure if PayPal can handle quatloos or Imperial Credits,” deadpanned Mr. Burnett.

All Part of the Fun

The IICFF is just one more way Mr. Burnett and The Burnettwork have found to engage fans of genre entertainment during a year where the entertainment industry has been nearly shut down due to the COVID-19 pandemic.

“We have over 30,000 subscribers on our YouTube channel and that number is growing every day,” explained Mr. Burnett. “And our social media channels continue to grow as does attendance at our virtual events like our watch and dance parties.”

“Everyone wants things to get back to normal as soon as possible, but in the meantime, we’re finding ways to celebrate our own creativity and story-telling.”

“The success of The Burnettwork goes beyond just being on YouTube or Facebook,” explained Mr. Bawden. “Our desire is to continually find ways to engage our fans, the Imagination Connoisseurs, who enjoy everything from historical drama to sci-fi and from horror to classic, TV comedies.”

“These folks send us letters, share their memories, upload artwork – and Rob does a great job of sharing and celebrating it on his shows,” Mr. Bawden continued. “Our awesome moderators also encourage the free exchange of ideas during our livestreams and work to keep things civil and accepting. It’s the work all those guys and gals do that really sets our fan community – the Post-Geek Singularity – as something different from others.”

A Festival on the Fly

How did the IICFF idea start? Like many of the unique features on Mr. Burnett’s show, ROBSERVATIONS, the event was the result of how fans were engaging with their host. In addition to receiving dozens of letters through The Burnettwork website every day, Mr. Burnett also started receiving short videos from fellow Imagination Connoisseurs. Those videos ranged from personal introductions to tours of fan spaces to parodies of shows on The Burnettwork and even short, narrative films – often shot with a cell phone and edited at home.

Just as he had on previous episodes of his talkshow, Mr. Burnett started to praise the work of the viewers who had sent in their videos and then announced, spontaneously, that he was launching a new film festival to celebrate the creativity of fans of all stripes – no matter their background or place of origin.

Even if that origin happened to be on a planet other than Earth.

The Imagination Connoisseurs of the Post-Geek Singularity responded in kind to Mr. Burnett’s initiative. In a span of a few days, a request for designs for an “official poster” resulted in five dozen entries – all of which are now posted to The Burnettwork website where fans and visitors can vote for their favorites. Projects – both completed and in-process – have already been sent to Mr. Burnett and The Burnettwork is premiering all of the work in the run-up to the submission deadline.

Sponsors have reached out to The Burnettwork with offers to help provide funds for cash prizes, statues and more. And some of Mr. Burnett’s friends from the entertainment industry have agreed to judge the finalists and select the winners.

“I’m just blown away how a fun idea one afternoon can turn into a film festival with, literally, universal appeal, in just a matter of days,” said Mr. Burnett.

What will the coming months have in store for The Burnettwork and the first-ever, Intergalactic Imagination Connoisseurs’ Film Festival?

The Burnettwork is home to a community of creators and fans from around the world. We’re dedicated to creating a dynamic and respectful place where genre entertainment enthusiasts can celebrate the stories they love.