THE GREAT DICTATOR turns 80 in 2020 and still packs a punch. 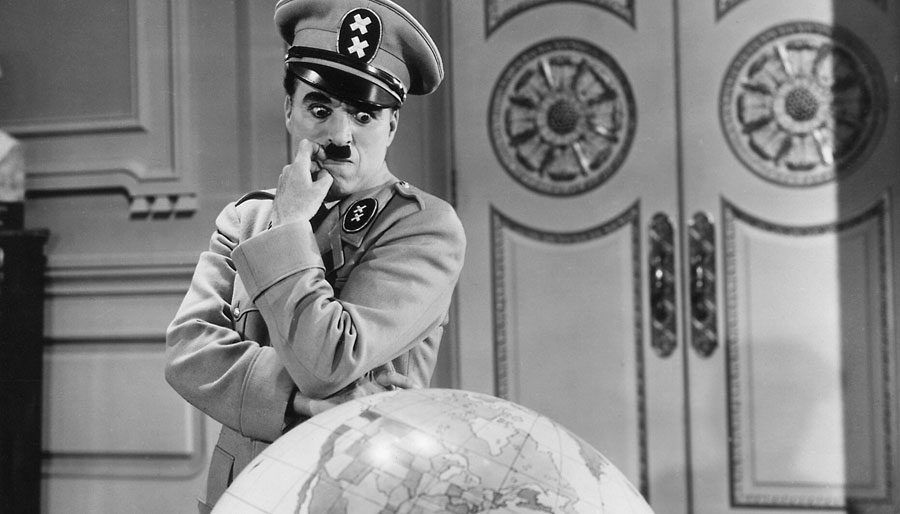 I wanted to discuss the Charlie Chaplin film, The Great Dictator, as 2020 is the film’s 80th anniversary.

Aside from being a good movie, it still holds up today. Chaplin’s final speech still resonates, with many important statements, such as 2 in particular. The first being, “We want to live by each other’s happiness, not by each other’s misery. We don’t want to hate and despise one another. And this world has room for everyone, and the good Earth is rich and can provide for everyone”.

The second is, “More than machinery, we need humanity. More than cleverness, we need kindness and gentleness. Without these qualities life will be violent, and all will be lost”.

2020 has been an insane year, with things like the pandemic and racial tensions, but Charlie Chaplin’s The Great Dictator still has values which are now more relevant than ever.

After dedicated service in the Great War, a Jewish barber (Charles Chaplin) spends years in an army hospital recovering from his wounds, unaware of the simultaneous rise of fascist dictator Adenoid Hynkel (also Chaplin) and his anti-Semitic policies.

When the barber, who bears a remarkable resemblance to Hynkel, returns to his quiet neighborhood, he is stunned by the brutal changes and recklessly joins a beautiful girl (Paulette Goddard) and her neighbors in rebelling.

Adolf Hitler banned the film in Germany and in all countries occupied by the Nazis. Curiosity got the best of him, and he had a print brought in through Portugal. History records that he screened it twice, in private, but history did not record his reaction to the film. Charles Chaplin said, “I’d give anything to know what he thought of it.”

For political reasons in Germany, the ban stayed after the end of WWII until 1958.