The episode where RMB gets “choked off” by YouTube while AZ entertains himself. (#008)

Robert Meyer Burnett and AZ (Heels vs Baby Face) take a look at Rob’s 007 LIVE AND LET DIE action figure collection, AZ’s Mandalorians (with Baby Grokus) and much more – proving once again that toy love can overcame any challenges with a trans-Atlantic connection.

The Many Faces of AZ

While Rob was busy trying to keep the live stream going, AZ made productive use of his time by showing just how many poses he could strike while holding a  flame-throwing Mandalorian. Not an easy trick, but well-done. 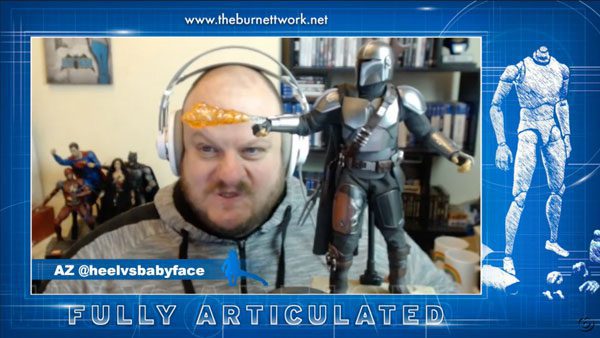 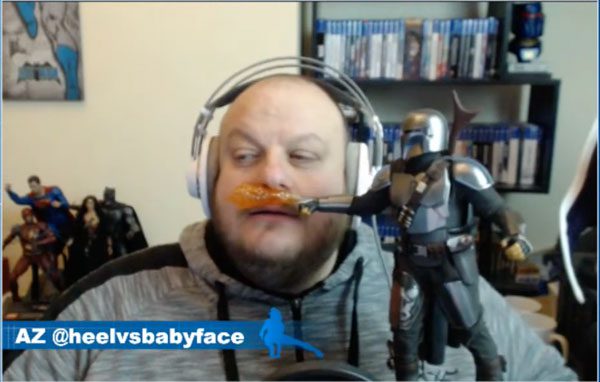 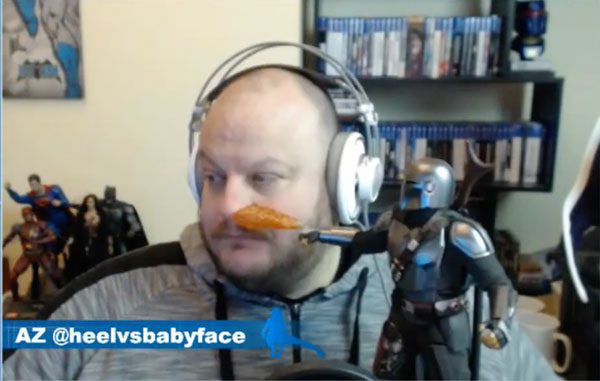 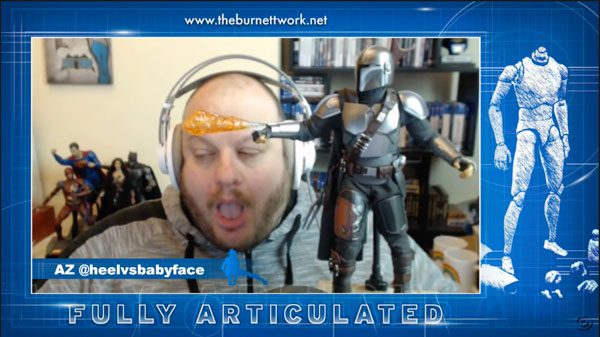 AZ writes: “I give the Good the Bad and the Ugly of pop culture/gaming. I fight for the little guy because we all deserve what we pay a lot of money for.”

The Burnettwork is a YouTube destination that features a variety of channels and shows. Rob’s personal observations on what he calls “the Post-Geek Singularity” are shared in his Robservations video blogs – free-flowing, streaming conversations with fans about everything from toys to comics to movies and television. Rob brings an interesting perspective to the world of genre entertainment that’s definitely “big picture” stuff.