The Chairman takes a closer look at the differences between Bond movies and books. 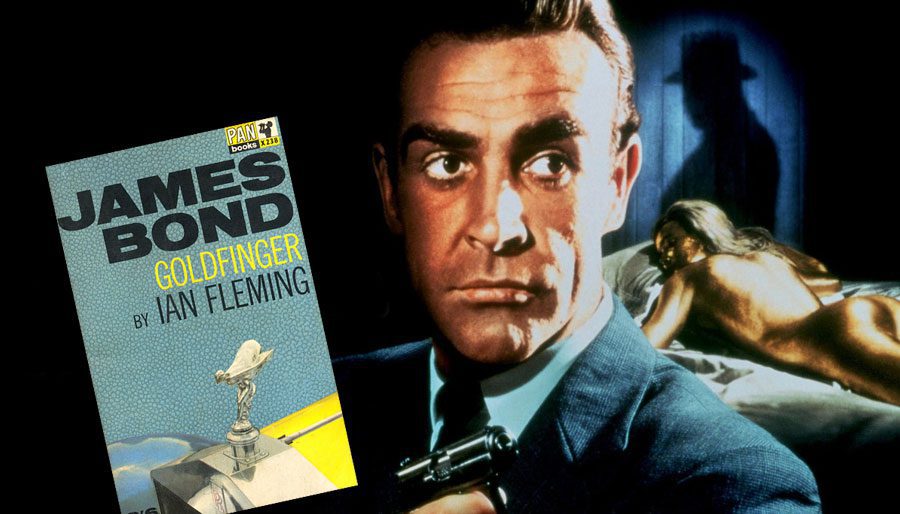 Long-time Imagination Connoisseur, Jeffrey Mao (aka The Chairman), compares and contrasts the James Bond of literature with what we find on the silver screen.

It is I, the Chairman of the non-stop James Bond Party (You were expecting a different party?), writing to you with another letter on our favorite British secret agent. 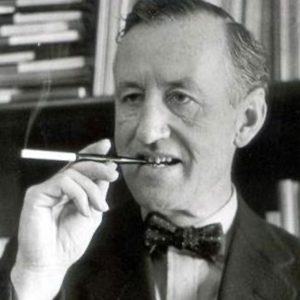 Ian Fleming, the creator of the James Bond character and 007 series of books.

I want to talk about how the films compare to the books, and make a larger comparison between the film series and the Ian Fleming book series.

I believe that our man Calvin Bowes had also started to read the Fleming novels from the beginning and was writing in reviews on each, but I don’t know where he has gotten to. The one interesting thing to note off the top is that the James Bond film series does not match the book series in terms of order. “Dr. No”, “From Russia With Love” and “Goldfinger”, the first three Bond films, are the sixth, fifth, and seventh novels, respectively.

In terms of the impact of that, it’s fairly minimal, as the books, like the films, were fairly self-contained and episodic. However recurring characters and events in previous books are mentioned. At the beginning of “From Russia, With Love” (note the slight title change) it is mentioned that Bond and Tiffany Case, from the previous book, “Diamonds Are Forever”, attempted to live together in Bond’s flat off the King’s Road.

By the way, the films never mention Bond’s longtime loyal housekeeper May or his secretary (Yes, Bond had a secretary, or rather the whole 00 Section did) Miss Loelia Ponsonby. However, those are minor details. The one theme that does run through the “No”/”Russia”/”Goldfinger” run is that of Bond becoming a bit older and more aware of his mortality, after numerous dangerous missions and close calls with death.

Bond has already had two serious, long convalescences after missions, in “Casino Royale” and “Moonraker” specifically, though he clearly does not end any mission without injuries and scrapes. Bond in the books gets realistically more injured more often than he does in the films. He’s not the young, fresh, Double 00 that he was in “Casino Royale”.

Specifically for “Goldfinger”, this is a case where it could be said that the film improved on the book. The book is interesting in that it is rather longer than its predecessors. It has a more moody tone, where at times Bond gets almost kind of pessimistic about his job and what he is asked to do. In the film, Connery-Bond shows no regret or second thoughts or issues with his job, which reflects the attitude of a still young Bond.

The book follows roughly the same plot as the film, and the film is pretty faithful in that respect. Where it diverges is in how it tightens up and speeds the viewer along, cutting out complications. Goldfinger in book and film is pretty much the same character, but in the book he is a Soviet agent, being the treasurer of SMERSH.

Operating at the behest of Moscow, he seeks to sabotage Western economies by robbing Fort Knox of all its gold. Whereas in the film, he is a nominally independent operator (although backed by Communist China more out of expediency than political motivation) who seeks to sabotage the Fort Knox gold to increase his own gold’s worth. The salient point being that the film Goldfinger’s plot is paradoxically more sensible than book Goldfinger’s.

In other differences between book and film, Tilly Masterson plays a larger role in the book. She is not killed in Switzerland, but rather she and Bond are both captured by Goldfinger and coerced into assisting him with his plans. This is how Bond gets out of being cut in half by a saw in the book, whereas it’s the famous laser in the film. She does die, though, later during the Fort Knox attack.

The whole bit where Tilly and Bond are made into essentially secretaries for Goldfinger to handle his meeting with the mob bosses is kind of odd, and it’s not a surprise the filmmakers decided to ditch that whole part. In the book, Goldfinger seeks to enlist the aid of various organized crime groups as he needs their assistance to complete the robbery. In the film, they are all summarily executed before the plot even begins and I think that was also a subtle nod from the filmmakers saying, “Yeah we’re not even going there.”

Pussy Galore in the book is the leader of a lesbian gang out of New York, whereas in the film, she is the leader of Goldfinger’s all-female pilot team. It’s a minor change and one that makes more sense in the film since Tilly was already killed off and there is no other Bond girl. The other advantage of changing Pussy to a pilot is that it explains how Goldfinger has access to airplanes and simplifies the final scene and avoids all the hijacking that takes place in the book. An atomic bomb is involved in both book and film, although in the book it is intended only to open the vault’s doors. I’m not exactly sure how this would have worked in practice given all the radiation involved.

Bond drives an Aston Martin in both book and film, though it is a DB3 in the book. He utilizes a sound only homing beacon to track Goldfinger’s movements, and part of the suspense in the book is that Bond has to guess where Goldfinger is going based on the strength of the signal, as opposed to the handy dandy “GPS” gadget that the film DB5 has.The final scene in both book and film both take place on a plane, but in the book it is Oddjob being blown out the window after the cabin depressurized. Bond kills Goldfinger the old fashioned way, by strangulation.

To close, I have done a little looking up on the most recent James Bond novels, to kind of get an indication of how the character is being treated in the books and see if that approach could work for the films. When John Gardner revived the official James Bond novel series in the early 1980s, he clearly intended that Bond was the same character as Fleming’s. The same as Roger Moore’s, George Lazenby’s, and Sean Connery’s Bonds are all the same character.

After Gardner died, the writing duties passed to Raymond Benson, who was a writer of Bond books such as “The James Bond Bedside Companion”, of which I had an autographed copy by him, through my membership in the James Bond fan club. I never read any of Benson’s Bond novels, though I read all of Gardner’s except the last two.

As is evident with spin-off and continuation series of any franchise, the longer you go, the more repetitive and less interesting and entertaining they get. So after Benson left the series, it passed through the hands of various authors, no one writing anything close to Gardner or Benson in terms of volume. What is interesting though are the very different takes. If there is one thread common to most, it’s an attempt to return to Fleming’s roots with period set stories and being written as close to Fleming’s tone as possible and, in the case of the last two, based on unpublished Fleming material.

Out of the five post-Benson Bond novels, four are set either before, during, or very soon after the timeframe of Fleming’s original books. Only Jeffery Deaver’s “Carte Blanche” from 2011 features a rebooted contemporary Bond similar to Daniel Craig’s in terms of age. So for anyone interested, I encourage you to find those books and give them a read.

So there you have it. I hope this was an interesting look into the literary background of Bond. I could definitely write a ton more as I’m fascinated by the comparison and the contrasts.