The best sci-fi on TV that’s not on TV? 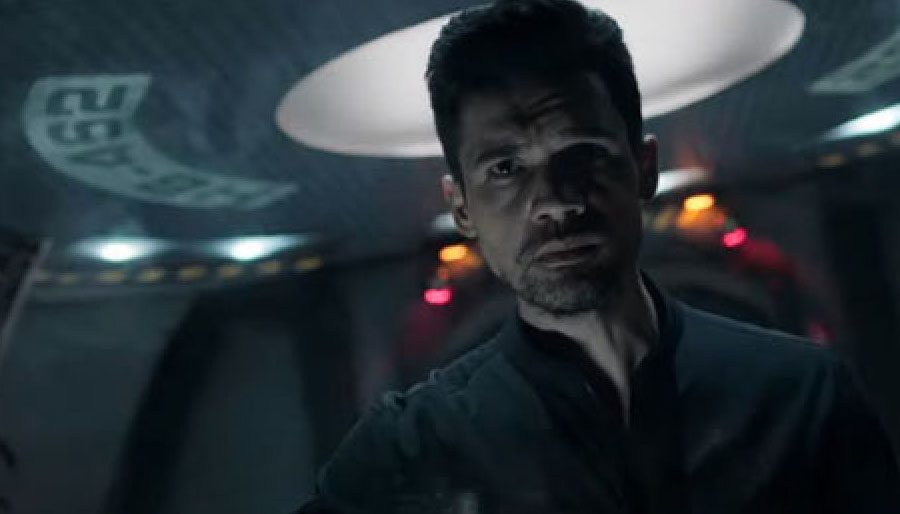 Is The Expanse the best TV series today? Imagination Connoisseur, Dean Micetich, thinks so. What can we expect over the final two seasons – and when, if ever, will they produce the storyline from the seventh book in the series?

While each season has not been focused on one book, it has been very faithful to them.

For PGS members that have not read the books. Season 1 is mostly based on book 1 but it does bring in elements of book 2. Season 2 completes the story of book 1 and then starts on book 2. Season 3 Finishes off book 2 and completely tells book 3. Season 4, tells the complete story of book 4. But because this book mainly takes place outside the Sol System, elements of book 5 are brought in to show what going on back on Earth, Mars and the Belt.

Going by the trailer for season 5, they are combining Books 5 & 6. So it will be interesting to see how they do this. However as Rob stated in Episode #563 of Robservations from book 7 there is a 30 year jump in time and with the news that season 6 will be it last. I am going to go out on a limb a suspect that the final 6 season will mostly focus on the backend of book 6. Though if they do the 30 year jump mid-season for book 7 it will be interesting to see what they do. But with book 7, like book 4 it is mostly contained in one location, but it also a set up for book 8. (A book I have yet to read, but will be doing it before the year is out.) So ending the series at the start of a new story seems a bit strange.

If they don’t do Book 7 for season 6, maybe in 30 years’ time they could get the cast back together again to finish off the final trilogy of books.

As for Cas Anvar not being signed back for season 6 due to multiple allegations of sexual harassment made against him. I am not sure what to think, as it only hear say at this point. But what happened to innocent until proven guilty? Should he not stay on the show until otherwise proven he is in the wrong?

Now don’t get me wrong, I don’t know who is making these allegations. But I suspect it no one form the show. Reason I have say this is because Cas Anvar has posted on his yourtube site behind the scene footage of his day during season 3. He is filming it himself, everywhere he goes he is greeted friendly and no one is giving him a dirty look etc. Even footage that he has not shot you can see that everyone working on the show is a close knit group. I also find it highly unlikely anything happened after season 3 because this was in the middle of the Me Too era and he would be a dumb ass to do anything during this time period.

Again I know nothing about what these multiple allegations of sexual harassment actually are or who made them. But I am surprised that showrunners and everyone that is working on the show is not supporting him during this time. Why do I say this, during the Save The Expanse Campaign, he played a vital role. He got most of cast together and arranged that they would all be at Dinner Award Ceremony for Jeff Bezos. Bezos is also a huge fan of the show.

Cas along with the cast were able to have a little chat with Bezos and they could see he was on the fence on whether to pick up the show. Cas happened to have a copy of an Expanse comic and he got everyone to sign it and give it to Bezos. In Cas words, “Jeff spent the rest of the dinner on his phone texting. Apparently something he never does unless it is important. By the time, for Bezos to step up to accept his award, he announced that The Expanse has been saved and the entire room went nuts.”

So without Cas Anvar going that extra step the show might not have been saved which would have meant that the whole production team and actors would have to look for new work. So in a way they do owe him that they have been able to keep their jobs for three years now.

With Cas Anvar not returning for season 6, does this mean that they are going to recast his character or just write him out of the show? I can’t see the character being written out as he is a major part of the crew and stories. So recasting seem to be the only real option the show runner have.

But that lead to the problem, will the audience accept another actor playing Alex Kamal? I am going to say no, because it never real worked in the past especially when it a final season of a show. It just like Chris Pine playing James T Kirk, it just not the same, and Kirk will always be associated will William Shatner. Alex Kamal will always be associated with Cas Anvar.

If Cas Anvar does turn out to be innocent and these allegations turn out to false, his reputation has been tarnished and he has lost his job and possibly future work at no fault of his own. Would Amazon, Alcon Entertainment compensate him for loose of earning?

Anyway to lighten up the mood a bit. If any PGS members that have not read the books, what are you waiting for? They are very good books and easy to read. The series is made up of three trilogies, though you can read any book on its own. The final book in the series Leviathan Falls which is due to come out this time next year. So as Rob would say, “Get on it son!”

Finally as for the book series is coming to an end, Daniel Abraham and Ty Franck the writers behind the pen name James S. A. Corey have stated they won’t be doing any new Expanse Novel soon, as they are planning a new fantasy- Scifi series as their next project. But did state they will be combining all their Expanse short stories into a single book and it won’t be the last we have seen on The Expanse universe.

As for now, I can’t wait for December 16 so I can start to enjoy season 5 with my follow Beltalowda!