Tenet really needs to be seen to be appreciated. 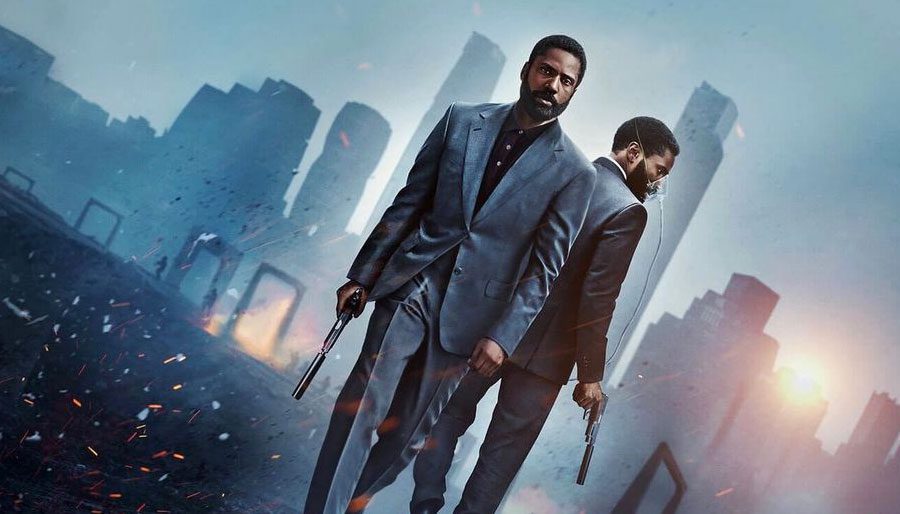 Imagination Connoisseur, Philip Alvarez, shares his experience of seeing Christopher Nolan’s TENET on the big screen (IMAX) and offers his insights as to what worked and what didn’t.

Greetings Rob, Elysabeth & my fellow PGS community. Back once again with another letter, this time on Tenet. Great choice since I was definitely curious to hear Rob’s (and Lys’ too) take on such a current release.

I had thought long & hard about wanting to send in a letter. I would by now seen it 3 times, but what could the subject matter be about? The criticisms of the movie? The so called dialogue issues? The audio & score issues? Are people not intelligent enough to understand the film?

The last one seems a more appropriate letter for Robservations than one for Wineing. I also didn’t wanna come off too critical or condescending, that’s just not my writing style.

What I ended up deciding to write about is what my letters to Wineing have always been known for, my own personal experience with the movie featured in each episode.

First off, I sympathize with Rob and anyone who didn’t get to experience Tenet during its brief theatrical run as it fully deserves to be seen. I had the privilege of seeing the film in glorious IMAX over the Labor Day weekend.

This was, to me, the best way to watch the film. The picture was clear & the sound was amazing as you would expect for any IMAX presentation. You can definitely see how much effort Nolan put into making this film, it’s definitely his most ambitious film. I fully understood why Nolan insisted on Tenet getting a theatrical release regardless of the pandemic. I left the theater very satisfied getting to watch the film as Nolan intended it to be seen. I only wish more people would’ve been able to see it.

Now what are my own personal thoughts about the film?

Well, first off, I won’t be spoiling the movie too much. My first thought though is how Tenet is really an impossible movie to spoil. You’d have to understand the film first right?

Did I understand the film? Yes I did. I felt Interstellar was more difficult to understand than this one. Does it need multiple viewings to be understood? Well that’s a personal preference. Did I feel it had audio & dialogue issues? Absolutely not, even at home I was able to hear everything fine and I don’t even have a state of the art system. Just a small Bose sound bar, which has the ability to push dialogue up more, so maybe that helped a little.

I’d even argue that the dialogue issues are a crucial plot point meant to be inaudible, but I won’t say why as that would be a spoiler, or should I? Well it’s because some of it is backwards or in reverse. Is that really a spoiler though?

If there is one criticism I have about the film, it’s the performance of Kenneth Branagh as the villain. I can see why some say this is the closest we get to a Nolan Bond film.

The villain is very over the top and Branagh definitely hams it up quite a bit. It felt like he was in a different film and didn’t fit the tone of the movie. His motive is indeed very much like the villain in almost every Bond film. The only difference is his demise comes from someone who deserved justification.

The other performances in the film were much better. Robert Pattinson is good and kind of the comic relief in a complex story. John David Washington is great as the protagonist and yes that’s actually what he refers to himself (is that a spoiler?) Even his action scenes are done well & the man has a bright future in movies just like his father Denzel.

That’s one thing I forgot to mention was the action sequences here are very well done. While in the past I’ve felt Nolan films have had weak action scenes. The freeway scene here definitely comes to mind & sorry spoilers, you get to see it from 2 different perspectives. That also pretty much describes the majority of the film in a nutshell.

In conclusion I would rank Tenet as right in the middle of Nolan’s filmography. It’s not his best, but far from his worst.

This movie is very hard to describe, much less writing a letter about it. I don’t feel that’s a bad thing either. I was very much entertained by it & would encourage people to at least give it a chance.

I definitely appreciate the show covering the film & I’m curious to see what the chat room says about Tenet. I know I’ll have a lot to say about it that’s for sure, but I’ll be lenient.

So thanks again Rob & Elysabeth for reading my letter. Take care, be safe and Happy Holidays.