Taking a long look through the lens.

The Imagination Connoisseur who goes by the name “dokvader” has a deep-seated passion for still photography. He shares his love with the rest of the PGS, recommends some great movies about photographers and submits his own little “riff” on taking a photographic break at work for everyone to enjoy.

Hi Rob,
Glad all is well to you and our fellow imagination connoisseurs. Today, I am going to share my love about film photography. Nearly a decade ago I tried out my dad’s 35mm film camera Minolta XD-5 with a 50mm f1.7 lens. It was an electronic camera meaning it needed batteries for you to be able to trip the shutter mechanism and use its light meter, but it had one mechanical setting which was triggering only at 1/100s. So, me with my amateur exposure skills set out and use it to poor to fair results after seeing the final output. With this my film photography journey began, and with it a lot of movies about photography, photographers, and a lot of pointing out of different cameras being use or not used in scenes. Here are 5 random movies that I wanted to share to start off.

First is Michelangelo Antonioni’s Blow-Up (1966). It is a movie about a fashion photographer capturing what might be a murder of a beautiful lady at a park. Set in the swinging sixties in were the mundane UK wakes up to pop music, sex, fashion, and psychedelics. David Hemmings is a fashion photographer who does not realize what he had taken until he develops his negatives in the darkroom and does a technique called blowing it up the photo hence the title. The film features the easy sex and lifestyle of the era and a very sultry Vanessa Redgrave to boot.

Next, we now tackle movies about Conflict Photographers. We have the Bang-Bang Club (2010). It based on the real-life experiences of 4 combat photographers documenting the end of Apartheid in South Africa. It showed the trials and tribulations of being a photographer the emotional residue they experience after capturing harrowing scenes from the ground. 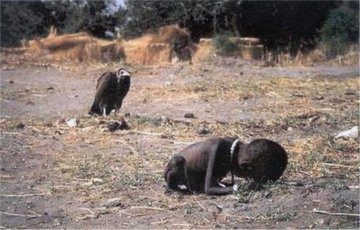 Taylor Kitsch did a great job playing Kevin Carter, the Pulitzer Prize-winning photographer for this shot and the demons he faced with depression especially the loss of a fellow photographer and friend. We go back now to the ’80s with Under Fire (1983) starring Nick Nolte as a photographer caught between the Nicaraguan civil war and a romantic triangle with Gene Hackman. Based on real-life events in Nicaragua, it was both intriguing and thrilling to watch.

Last, we have Oliver Stone’s Salvador (1986) in where James Spader plays an American photojournalist chronicling the events of the 1980 El Salvador dictatorship. Playing both sides to get his story and photos, he takes a moral turn when trying to get his local girlfriend (played by steamy Elpida Carillo of Predator fame) out to the US.

Finally, we have Hitchcock’s Rear Window (1954). We have James Stewart playing the OG voyeur wheelchair confined photographer observing his neighbors with his Exakta and telephoto lens. With the help of his girlfriend and nurse, he tries to uncover his suspicions of a neighbor murdering his wife. Having recently watched the 4k version of this movie, it does not get old as does the beauty of Grace Kelly. I recall watching this on LaserDisc back when I was 9 or 10 and recognize it as a great thriller despite its age.

So, Rob do you still have a film camera and who else owns any film camera nowadays from our community?

Anyhow, sharing some of my film photos with this short video I made last 2017.

Editor’s Note: You can check out his video below …