Star Trek has a future and it includes Discovery 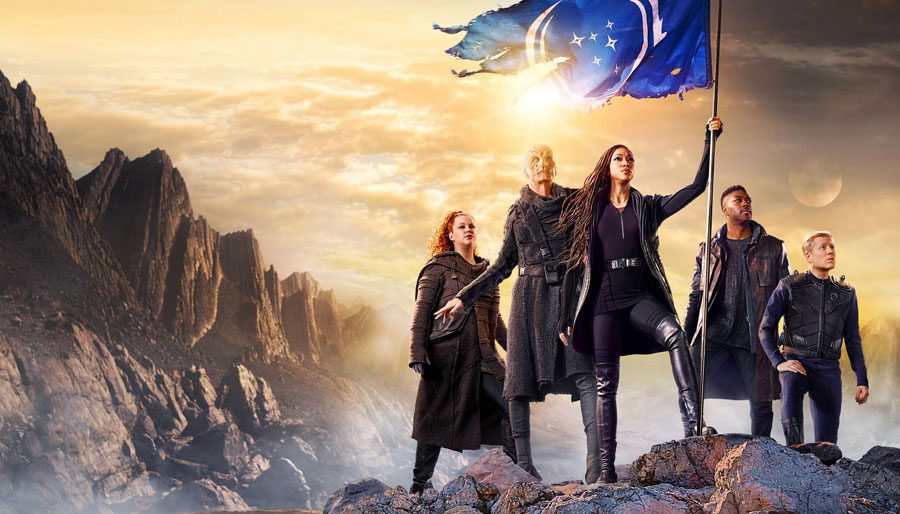 Imagination Connoisseur, Ken McDowell, remembers how, as a child of the 80s, ST:TNG was “his” Star Trek while the original series was his father’s. He suggests that it’s likely today’s generation will feel much the same about ST:Discovery – and that’s good for the franchise.

I understand your not being a fan of Star Trek: Discovery. And you of course have the right to your opinion.

I’ve been a fan of Star Trek since the 80s. My dad used to have the original series playing every Saturday on a local independent UHF network in the area. I watched it with him with wonder and amazement. I didn’t always understand the stories they were trying to tell us but I enjoyed it with my dad.

Then, as a young adult, ST:TNG was introduced. I was very excited about this series and loved nearly every episode. To me this was a Star Trek series created just for me. I was quite devastated when it ended.

This is just turning into a long winded way of saying IMHO every generation is going to get their own version of Star Trek. I enjoy Discovery well enough. It’s not as good as TNG, IMHO. But I believe if millennials go back and watch TNG now they would probably feel as though it were dated.

That doesn’t mean that they are disparaging something I loved. It just wasn’t necessarily meant for them.

What generation is ST:DISC meant for?

I believe that Discovery isn’t necessarily meant for mine or your generations. Not that we can’t enjoy it, but it is meant to bring a new generation into the Star Trek fan community.

By Setting their new series in a galaxy in which everything we know and love has changed was a bold move for them to take. In completely upending the status quo they have allowed themselves to take the show back to its roots in a way. They can explore the same themes that the franchise has always reflected on without seeming tired, and if they decide that they want to make the show resemble what it looked like before this massive shift, they have given themselves the option to do so.

With this latest season of Discovery the show’s writers have given themselves the ability to make a show which is both incredibly true to the spirit of Star Trek while still moving away from the well worn setting which has made up the franchise for over fifty years.

For potential new Star Trek viewers this is a pretty cool move IMHO.

A new trek for a new generation?

A whole new generation will get to have all new adventures in their own corner of the Star Trek universe. They can boldly go where none of the other series have chosen to go.

And this new Trek though it may not be for every member of the Star Trek fan community will create its own new Star Trek fans. Star Trek will continue on for another generation and hopefully another after that.

I know this was a long drawn out way for me to give my insight into the new series. But I felt like I needed to say it.

I love yours and John’s shows and watch all the time.