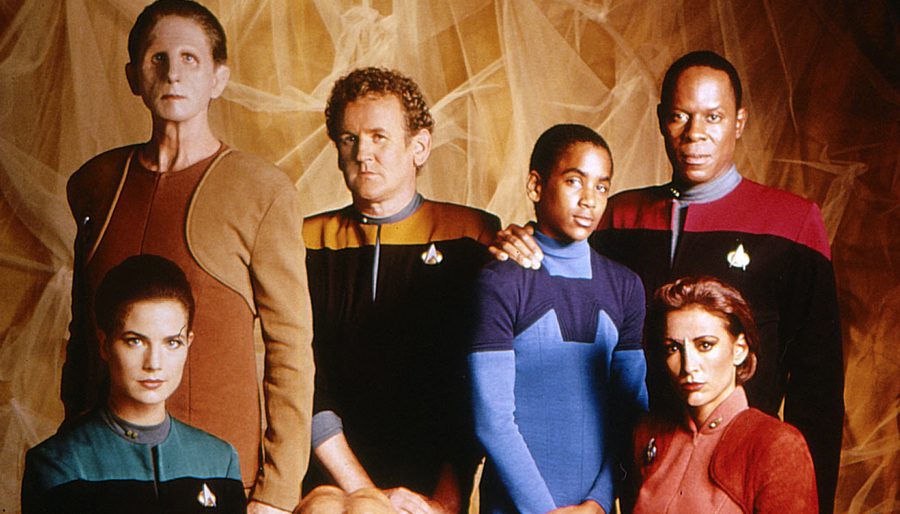 Editor’s Note: We recently ran across Willow’s early review of STAR TREK: DS9 and thought we’d re-post it (after losing it with the crash of our original website). Enjoy …

I’m writing to discuss my first impressions of Deep Space 9.

There are two things that really stood out to me when I first started watching the series. Firstly, the show is quite dark, and I mean that literally: the colours are considerably much more muted. That actually did bother me a bit initially because I felt at times as if I was watching the show through a screen that was covered in dust. I have since gotten more adjusted to the lighting. Secondly, even though I’m quite certain from all the bits and pieces I’ve heard that Sisko does eventually become a captain, this is the first time I’ve seen a Star Trek show that doesn’t have a captain or starship. However, since the space station is apparently, conveniently located near a wormhole that leads straight to the Gamma Quadrant, I guess that will make for some interesting encounters with all the different races there. I do, however, still look forward to seeing the crew onboard a ship at some point in the series.

What a cast of characters

With regards to the main characters, I really appreciated the rather diverse cast: rather than being dominated by humans, there is now a Bajoran, a Ferengi, a Trill, and a shapeshifter. And unlike The Next Generation and Voyager, where I thought that the actors needed a few episodes to grow into their roles, I did not feel the same way about Deep Space 9: everyone felt comfortable with their characters from the get-go. Of course, we do have a familiar face in Colm Meaney’s Miles O’Brien. 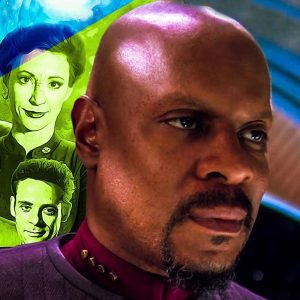 I thought Avery Brooks was great as Benjamin Sisko, and in spite of my distaste towards most kid characters in Star Trek, I actually quite liked Jake. He behaved believably as a young kid without being overly annoying. I find Kira to be a little prickly at times, however, that appears to be suitable for her character, given her background. Armin Shimerman is hilarious as the greedy and shady (seriously though, are there any Ferengi that’s not greedy and shady?) Quark, and the dynamic between him and the stoic, uptight Odo was very entertaining to watch.

While I do like Terry Farrell’s Dax, the one thing that has been a bit disappointing to me about the portrayal of the character thus far is that I don’t really get the sense that they are someone who has lived multiple lives as different peoples. I understand that the personality we see is a combination of both the host and the symbiote, but I do hope that they explore a bit more of Dax’s past lives going forward.

I’m not overly fond of Bashir right now, even though I think that Alexander Siddig was good in the role. I just find the character to be a little too idiosyncratic, and I find his constant pursuit of various female characters, in particular Dax, to get annoying.

I will just give my brief impressions for the first couple of episodes. The pilot, Emissary (not to be confused with The Emissary), really started off with a bang (no pun intended). About five minutes in, the ship that Sisko was serving on gets destroyed by the Borg, a number of his friends and colleagues die, and he loses his wife. While I personally really appreciated the new direction and tone that Star Trek has taken, I must say, I wasn’t a particularly big fan of the plot involving the Bajoran Prophets and the mystical orbs. I actually found some of the dialogue in those scenes to be almost like that from a video game. “You must find the Celestial Temple before they do.” New quest: find the Celestial Temple. I also found the entire sequence of the incorporeal wormhole aliens communicating to Sisko via images of people from his own memory to get too repetitive after a while, although of course, the moment was important for his development as a character.

The second and third episodes both featured some rogue Bajorans. The former episode, Past Prologue, introduced Garak, whom I know will be a recurring character throughout the series. I quite enjoyed him; he was a welcomed change from the typical angry and sinister Cardassians that we’re used to seeing. And of course, the episode brought in more TNG characters in the Duras sisters as they continue on their scheming. While I do like the tie-ins between the two series, I do hope that they don’t rely on it too much, since the galaxy is quite a large place. 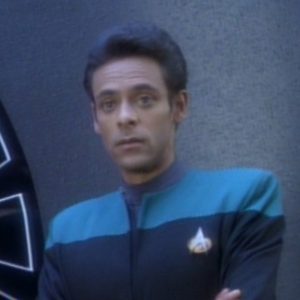 The latter episode, A Man Alone, featured even more familiar faces, specifically O’Brien’s family. Now, I do have a burning question about the “tri-phasic cloning” that Ibudan used to frame Odo. Since I know nothing about the technique, I’m just going to assume that it magically makes a person with the exact appearance, down to any tattoos, scars, piercings, or any other non-genetic features they may have. I have to ask though: what memories does a clone have? It wasn’t mentioned at all in the episode other than Sisko’s log at the end stating that Ibudan’s second clone has “gained consciousness and began a new life”. Okay…I guess the first thing that you want to do once you’ve gained consciousness is to get yourself an erotic massage?

The final episode that I want to mention is Babel, mostly because it felt eerily relevant, given the current situation that we’ve found ourselves in, with quarantine orders and the shutdown of all shops and businesses on the station that weren’t considered “essential”. I’d just love to see how the Ferengi are going to be able to deal with a massive pandemic if one hits their planet: I can’t imagine them being willing to sacrifice their economy for anything. Moreover, can you imagine how much hoarding and price gouging is going to happen?

Of course, the virus ends up infecting all of the station, but I give the episode more of a pass than I did with TNG’s Genesis. At the very least, the crew did everything they could to contain the spread, and they also had the added problem of Quark refusing to abide to quarantine laws.

These are just my quick thoughts on the first few episodes of Deep Space 9. I’m about halfway through the first season (I’m currently taking a break from Star Trek to catch up on Better Call Saul), and it’s been mostly mediocre thus far: while there wasn’t anything as cringy as first season TNG episodes like Code of Honour or Angel One, there wasn’t anything outstanding either.

However, I do quite like most of the characters and the change in the format and tone, and I know that the series will only get better onwards.