Sometimes the art is a “masterpiece”, sometimes it’s not … and more letters. 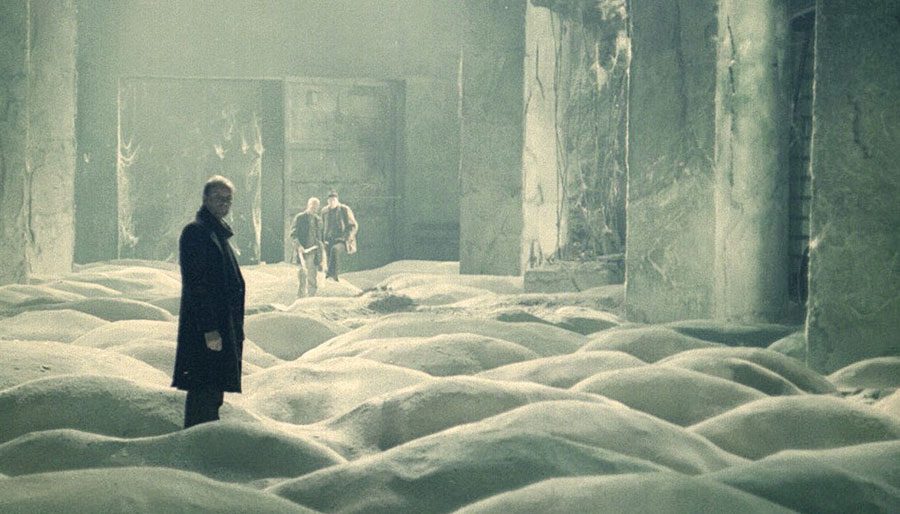 Is the meaning of “a masterpiece” really subject to interpretation?

This is another letter about the objectivity of art.

I was thinking of stories like Alice in Wonderland and Peter Pan and thought it was strange that we all still adapted these stories over two-hundred years later after they were published. It has to be more than subjectivity of art for these stories to last that long. I don’t think art would last long if we didn’t critique it.

It makes sense to have a National Film Registry to tell future generations what films stood the test the time and what films had the most culturally significance.

I don’t understand this argument of art being subjective or objective. Why can’t it be both because I think anything else can both subjective and objective?

Isn’t art a universal language and it speaks to us in different ways?

Doesn’t it understand what it means to be human?

I think it should be both: objective and subjective because art understand the universal language of the human experience.

With no NO TIME TO DIE, maybe you have time for a little Velvet? 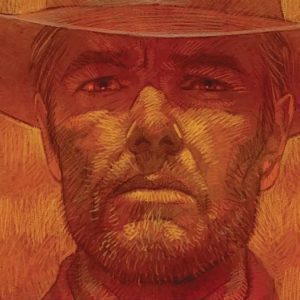 “Pulp” is a Western comic book written by Ed Brubaker.

This letter was inspired by BCH’s most recent letter, where he recommended reading the Ed Brubaker and Steve Epting comic series, Velvet, to fill in the gap of No Time To Die not releasing, as that series is a spy thriller.

I’ve been reading several non-superhero comics series during covid, and think there is a lot of good material out there.

Since you and Elysabeth are doing a western theme for Winening About Movies, there is a really good Western comic I would like to recommend, which Ed Brubaker wrote and Sean Phillips did artwork for, called Pulp. While it is a Western, the Western angle only exists when the story has flashbacks, but the story set in the present is like a crime thriller, as it is set in 1930s New York. The comic follows an ex-bandit elderly man, who writes pulp stories for a living, and must deal with bank robbers, Nazi spies, and people from his past.

There are other great non-superhero comics out there, which I have read and would like to recommend, but that is for another time.

Congrats on 600 episodes. I just finished episode 604 and I disagree with the notion of a mid-life crisis for franchises. To me, what many fans are feeling is closer to deliberate disrespect. 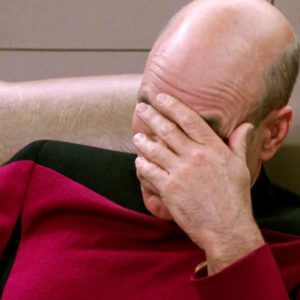 Captain Picard, pondering what is to come.

Our favorite franchises are being besmirched and it’s by design. The core values of Star Wars, Star Trek, Dr. Who and others are being pushed aside, mocked and dismissed as “out of touch.” What’s worse, the fans who feel anger or disappointment at this treatment are being mocked as well.

Let me give you an example that’s very personal to me Rob, Batman. I’ve loved Batman for over 30 years, yet I have nothing positive to say about Batman vs. Superman. The portrayal of Batman in that movie is horrible. Somehow, The World’s Greatest Detective is the dumbest man in the film. Batman should’ve found the flash drive with the Justice League symbols and videos on it, but he didn’t. Batman doesn’t murder people indiscriminately, or at all, but he did in that movie. Since when is there a rocket launcher in the Batmobile?

Hell Rob, does he even know the name Wonder Woman when she shows up in her costume?

That’s not an evolution of the character, that’s not good change. That’s garbage masquerading as change and any fans who didn’t like it are called toxic. To get good Batman content, I just play the Arkham games again and watch some Animated Series episodes.

For a reason I will never understand, writers and producers that seem to have disdain for the franchises are being brought in to write them. I believe that’s what many of us are feeling.

We feel the disdain, the mocking.

Think about it Rob, do you feel the disdain for og Star Trek when you watched Discovery or Picard? How about Lower Decks?

A mid life crisis would be a step up from that.

Thanks and take care.
-Jermaine K.

THE STAND needs to sit down and shut up.

As you may recall Rob,

I cancelled CBS last year, prior to “Picard.” In that letter, I also stated that we should have no confidence in the production of “The Stand.” Gosh, I wish I was wrong. 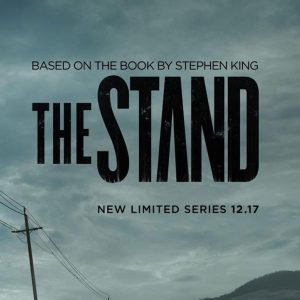 The Stand is currently available on CBS All Access.

So my neighbor and her boyfriend went up to Big Bear for the week and we’re cat sitting, I asked permission and caught up on the six episodes released, so far.

I’m dumbfounded to the point of being almost speechless.

This is a dumpster fire, inside a clusterf##k, neatly wrapped up in a New Vegas circlejerk. Almost to the point of being offensive. And I know offensive.

Was Stephen King really okay with this type of story structure? I just can’t believe that he accepted the portrayals of Tom Cullen and Trash Can Man, as written.

This is embarrassing Rob. Never would I say that this huge tome is easily adaptable, but this is absolutely the wrong way to treat this property. Let’s not speak of nuance, there is none.

2021 is still young, let’s hope that “The Stand” is the worst thing we watch this year.
-Paul in Long Beach