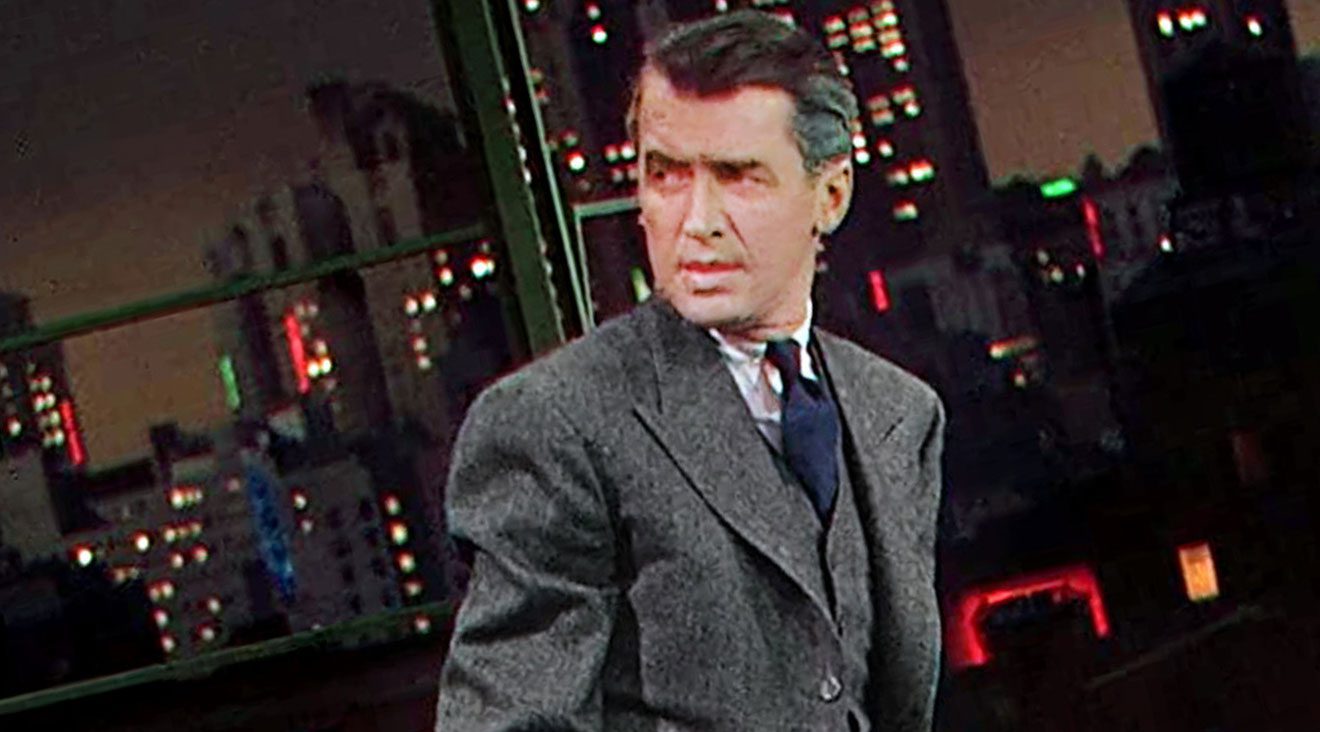 This movie stars James Stewart, who also worked with Hitchcock on Rear Window, The Man Who Knew Too Much, and Vertigo. I really like this movie for how well its simple story is executed. Hitchcock truly is the “Master Of Suspense”, as this was the most suspenseful movie I have ever seen, and the whole movie is set in one place with the cinematography made to look like one continuous shot.

The boys hide the body in an antique chest in the middle of their posh apartment, then perversely arrange to hold a dinner party around the chest, inviting the victim’s family, friends and fiancee (Joan Chandler), as well as their intellectual role-model Stewart.

As the guests wander obliviously around the sealed chest, the killers make snippy, veiled comments about their deed–never going so far as to reveal the existence of the body nor their involvement in the murder. As all the guests file out, however, professor Stewart begins to suspect that something is amiss.

In Rope, Hitchcock attempted the daunting technical challenge of filming the entire picture in one long, seemingly uninterrupted take. Actually, there are several edits in the movie: since a reel of film was divided into two ten-minute minireels back in 1948, the internal reel-breaks are “fudged” by having a dark object briefly obscure the camera lens, sustaining the illusion that no editing has taken place.