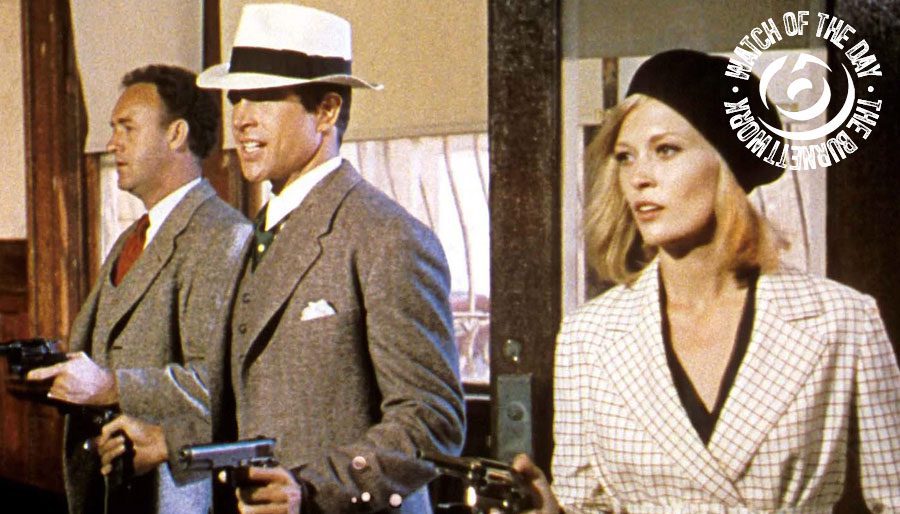 Arthur Penn was playing with fire when he paired Warren Beatty and Faye Dunaway as the famous, bank robbing pair in BONNIE AND CLYDE. But boy, did the risks bring the rewards (for generations of film fans). Why should this film be your WATCH OF THE DAY? 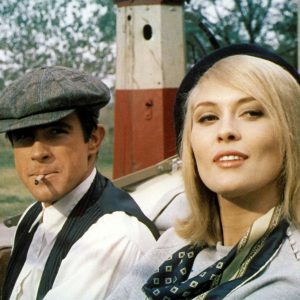 Warren Beatty and Faye Dunaway in BONNIE AND CLYDE.

The film is based on the true story of two outlaws (Bonnie Parker and Clyde Barrow) who robbed and killed their way around the midwest and southwestern USA during the early 30s. This was the period of pulp magazines – many of which carried true crime thrillers and western action sagas – and were part of the regular “diet” of stories for Americans suffering during the depression.

The story of Bonnie and Clyde fit right into that narrative and was all the more interesting to audiences because of the suggested romance mixed with the thrill of the chase and obvious danger.

By the time the script for this film hit desks in Hollywood, it was the early 60s. After consideration (and some input) from French New Wave directors François Truffaut and Jean-Luc Godard, the script eventually found its director in American Arthur Penn.

The resulting film is impressive and important. The film is widely considered to be the first film of the “New Hollywood” era because of the way it shattered long-standing filmmaking practices and conventions and it brought forth a new frankness when dealing with sex and violence on-screen. The commercial and artistic success of BONNIE AND CLYDE helped tear down the long-standing (and restrictive) Production Code and opened the door for other classics like EASY RIDER and THE GODFATHER to get made.

You can watch BONNIE AND CLYDE on Netflix.

Jack Warner told Warren Beatty that he would only finance the film if it was filmed in the style of the Warner Brothers 1930s and 1940s gangster movies. When Beatty argued with him, Warner pointed to the water tower that dwarfs the Burbank backlot, and told him that it was his name over the studio, and his name only. Beatty walked over to the window and said to Warner, “They’re my initials”. Warner relented, but hated the final product.

Warner Brothers had so little faith in the film that they offered first-time Producer Warren Beatty 40 percent of the gross, instead of a minimal fee. The movie went on to gross over $50 million.

When Warren Beatty was on-board as producer only, his sister Shirley MacLaine was a strong possibility to play Bonnie. But when Beatty decided to play Clyde himself, for obvious reasons he decided not to use MacLaine. In a 1968 interview, Warren Beatty mentioned that his last conversation with ex-girlfriend Natalie Wood took place in the summer of 1966 when he tried unsuccessfully to get her to play Bonnie Parker in his film. Later that evening, she attempted to take her own life, and was discovered by her live-in housekeeper.

Jane Fonda appeared on the December 6, 2012 episode of Bravo’s Watch What Happens: Live (2009), and confessed that she auditioned for Bonnie, a role she wanted desperately, and was still angry for losing it to Faye Dunaway, ending decades-long rumors that Fonda had turned down the role.

In a television interview, Director Arthur Penn pointed out that this film showed, for the first time, the firing of a gun, and the consequences in one single take. Before that, you would see a gun being fired, then cut, and the next clip shows the bleeding body. In this movie, you see a gun being fired into the face of a person without inter-cut. This was incredible at the time, and would have been censored in the past.

The infamous climactic shoot-out was filmed with four different cameras, all running at different speeds. The scene itself lasts fifty-four seconds.