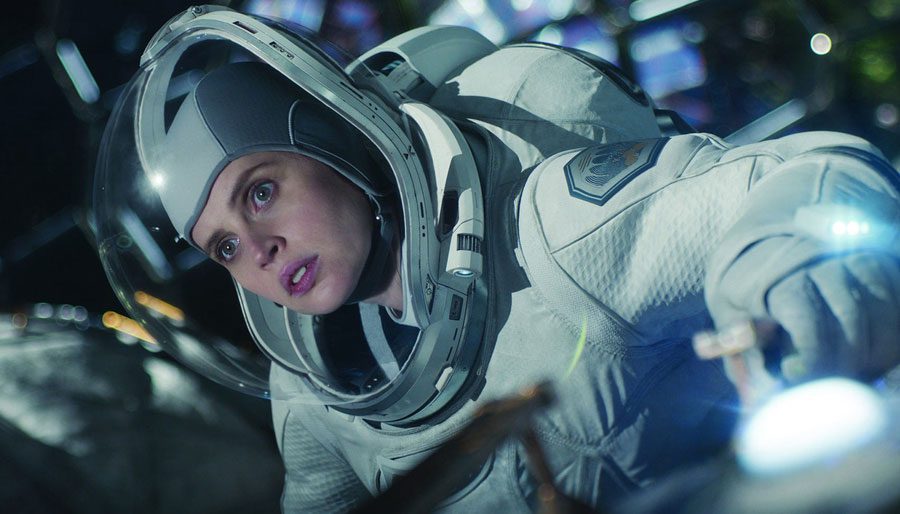 Imagination Connoisseur, Omar 94, has been busy over the holidays. He shares his first impressions on MIDNIGHT SKY, MAN, MA RAINEY’S BLACK BOTTOM and NOMADLAND with the Post-Geek SIngularity here.

I have four quick movie reviews which I wanted to share with the Post Geek Singularity, so here goes.

The first film is David Fincher’s Mank. While I liked Gary Oldman’s performance, the set design, hair and makeup, costumes, and cinematography, I just could not get into the story unfortunately.

I just did not find it very appealing.

The second film is Ma Rainey’s Black Bottom. It was not bad. I really liked the performances of both Viola Davis and Chadwick Boseman, the set design was incredible, all the hair, makeup, and costumes were fantastic, I really liked all the musical numbers and scenes, and the film was visually great to look at thanks to the wonderful cinematography.

The third film is Midnight Sky. I tried, but I just could not get into the film. It was visually great to look at, as the visual effects were top notch and the cinematography was great. All the performances from people like George Clooney, Felicity Jones, David Oyelowo, and Kyle Chandler were really good.

However, the main issue came from the story and length. The story was told in a but of a clunky way, as it was split in half, with 1 half being for Clooney, and the other half with Jones, Oyelowo, and Chandler.

Also, it was too long, as it dragged quite a bit. So many scenes, especially the ones with Clooney, which were slow paced and just kept going on and on. I felt it could have been shorter, as a lot of scenes could have been tightened.

The fourth and final film is Nomadland. I wanted to like this film, as it has a lot of positive buzz, but I didn’t unfortunately, due to the length and lack of a narrative, so to speak. What I mean about a lack of narrative, is while we do follow a woman dealing with the outcome of the Great Recession, the movie is not really about anything, as it’s one of those slice of life type movies.

For the length, I just felt the movie was really slow, as so many times, certain shots just kept going on and on. On the bright side, I did really like Frances McDormand’s performance, the cinematography, and music score.

Those are my four movie reviews. I’m sure others will have different opinions on them, but those were my feelings towards them.