Questions about the wild, wacky world of entertainment … and more letters. 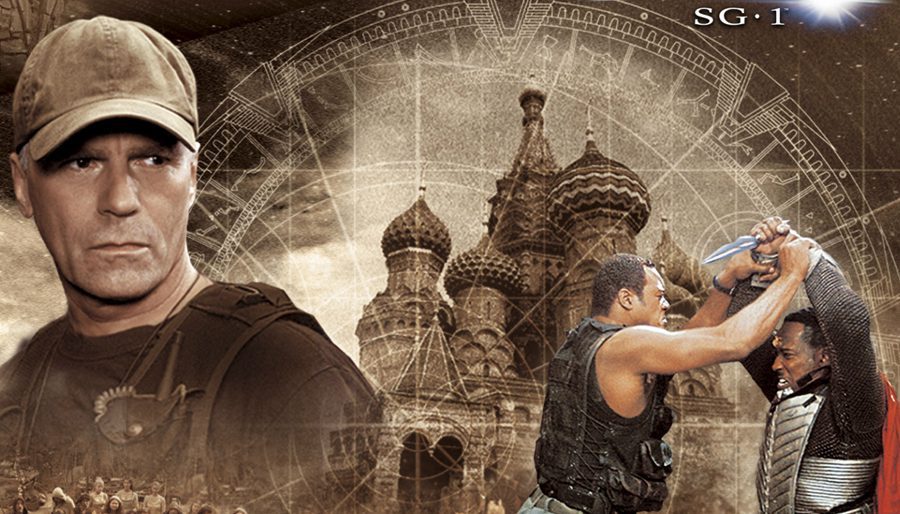 The Burnettwork mailbag is filled with letters from Imagination Connoisseurs seeking for some sense in the wacky world of entertainment as we see it today. From under-appreciate sci-fi to toxic fandom to wondering “why” studios do the things they do … and more letters from fellow fans.

Is Mr. Toad steering political discourse for “The Mouse”? 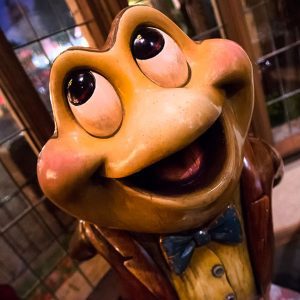 Just who is in charge at Disney today?

I haven’t been able to keep up with the show as much as I would have liked during the pandemic but try to catch it when I can but when I saw this the other day I couldn’t help but think of your show and insight as to a place to go to get some clarity. So, if you haven’t covered it, I would love to hear your thoughts.

The past few years I have witnessed almost everything I used to hold dear come under attack from people who claim to be for inclusion but who do everything to separate and segregate people by every category under the sun. In the entertainment sector we have seen this happen to Star Trek, Star Wars, and now it is happening to Marvel as well. I won’t speak to Star Trek here but the other two fall under the ever expanding umbrella of Disney; a company when my children were growing up I revered.

Let me get right to the point. I’m not sure if you saw this the other day but I wanted to bring it to your attention. Christopher Rufo did some great reporting of what is going on inside Disney as a company and exposed a training program they were implementing with their workforce. The program itself is shocking. His report and the program can be found here.

Disney has since removed the program and tried to spin it intent since this became public with what I would characterize as fairly weak defenses. Information on that can be found here and many other sources.

Again, would love to hear your take on this if you haven’t covered it yet and I think it would be an interesting topic for the show.

Are STAR WARS fans as toxic as SNYDERVERSE fans?

It’s me again – Jeff – writing you another letter about something on my mind, this time it’s been about Star Wars & Star Wars fandom. First, I want to say I never grew up with this as a kid of the 90s and teen of the 2000s. The first Star Wars movie I ever saw as a pre-teen in 1999: STAR WARS: THE PHANTOM MENACE – with a classmate of mine at a theater in another town. His mom invited me and my brother, I remember.

Anyways, my friend (Clint) was super into Star Wars and I wasn’t.  I remember watching The Phantom Menace and not getting into it. Sure, the movie had Samuel L Jackson in it, but he wasn’t doing his normal thing of cursing people out and calling them motherfuckers like he did in Pulp Fiction (yeah, I watched that movie as a kid), and in A Time to Kill and The Long Kiss Goodnight (with Gena Davis and Liam Neeson). He wasn’t doing that high level of acting I remember from seeing him in Sam Raimi’s Darkman, Rob Roy & Batman Begins (I remember watching that one in theaters in ’05). And Natalie Portman was not really as interesting as she was in Leon the Professional. 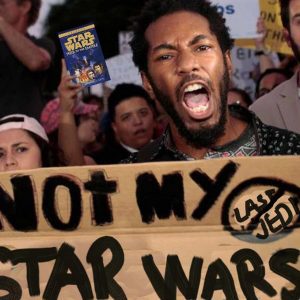 Why are STAR WARS fans so toxic – or is it possible, all fandoms have elements of toxicity?

I just remember not being into the concept of the Jedi. I hated JarJar because he came across as a Black Stereo type to me (at a young age it’s something I could tell) Darth Maul looked cool, but died in such a lame way and I wasn’t interested in the life of a young Darth Vader as a kid. I remember not liking the ‘droids and pre-Palpitine so much, they didn’t capture my imagination as a kid. I was more into Marvel, DC & Image Comics Cartoons and characters to ever get invested into Star Wars. So, I left it alone.

I had no idea about the Star Wars Fandom until the newer Disney movies came out and seeing all the people who love this thing get excited about, and hearing all of the Boomers who grew up with it talk about what they liked from the original trilogy. I saw a lot of stuff go down on Twitter. And the aftermath of what happened on the Force Awakens didn’t live up to their high exceptions.

Then came the harassment that happened to John Boyega and Kelly Marie Tran from racist fans on both Twitter & YouTube. People like Geeks & Gamers, and the dregs of the Fandom Menace who also had their fans and followers attack people.

They have attacked trans people, black people who are fans and many other queer people on Twitter. All of this made me stay clear of Star Wars because of toxic people like that. Another Red Flag was what happened to Krystina Arielle and how racist Star Wars Fans attacked her on Twitter with people like Geeks & Gamers on YouTube leading the charge against her.

It’s made me ask this question: Are all of the fans of this property just as bad as the Zack Snyder cultists? Should I just not bother with Star Wars if the fans are this toxic?  These days, I’m a curious why the fans older than me are so protective of this franchise and these characters that they are violent and volitile towards changes to it or anyone new who’s not a CIS white male watching these new movies for the first time.

Anyway, I was asking around in the chat about suggestions for good Star Wars stuff. I asked about the comics, the video games and other stuff because I want to check out The Mandalorian and read some of the new comics.

But people like Louise Sparrow keep suggesting I should check out the original trilogy. I’m still a bit hesitant because of what I know about the fandom as it is. Hell, I know you Rob, and the people over at Midnight’s Edge all have negative things to say about the New Movies that doesn’t give me confidence to even get into Star Wars.

You all keep suggesting that people should watch the old stuff because it was the best thing ever. Hell, I never even bought the action figures of Star Wars characters ..all I have is Funko Pop of Captain Phasma .

Anyways, am I missing something about Star Wars that doesn’t grab me? Should I just stay away from it because of the many toxic fans on Twitter and YouTube?

Thanks for reading my Letter Rob,
Jeffrey Brown

P.S (I hope I don’t come across as A Debbie downer but I’m just a outsider looking at all of this because it’s not Really my thing.)

I really think you need to dive deep into the Stargate TV Universe. I have heard you mention it a few times, I know you have sampled some of the episodes of the first season on SG-1. However, that series really doesn’t get cooking until the second season. When it does, it’s fantastic. The series that follow are just as well written and great in their own ways. 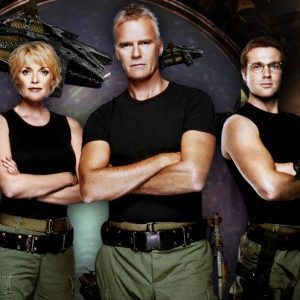 STARGATE: SG-1 is an underappreciated sci-fi gem and is now available for binge-watching.

Originally when Stargate SG-1 was new and being released weekly, I did not watch it. I perceived it to be a poor man’s Star Trek. As I had new episodes of DS9 airing and… VOY, I really didn’t see the point of watching a knockoff. Also, there were very few series based on movies that were any good. MASH being the exception to that rule. My position was one of snobbery to be sure.

That all changed by the time 2008 rolled around. Trek was gone and I began to search for some good sci-fi to fill the void. I came across SG-1 on Netflix. I noticed that it had run for 10 seasons and spawned a spinoff series, Stargate Atlantis, that was currently in its fifth season and another, Stargate Universe, in development for the 2009 season. So, I figured that maybe there might be something to these shows after all.

I was stunned. Not only was SG1 actually good, it was smart in a way that very few shows were. Brad Wright and company had crafted a wonderful world that went far beyond the simple B – Movie that it was based on. In short, I was wrong about this franchise.

I urge you to give it a real look. I would love to hear your thoughts on it. I think you need to bring in some of the writers and producers on it for a few interviews. The Stargate TV Universe stands third right behind Wars and Trek as great sci-fi. I frequently call it the greatest Sci-Fi series that no one has seen.

Is it time for “Astro City” to hit streaming media? 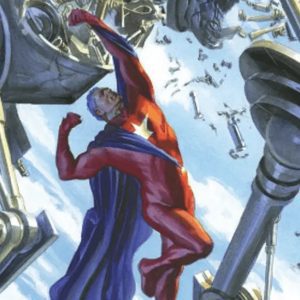 With all of the DC, Marvel and other graphic novel adaptions in the entertainment stream today, is it time for ASTRO CITY to make it’s debut?

With all the tv show adaptations of non-Marvel and DC superhero comics, like The Boys, Invincible, and more recently Jupiter’s Legacy, I would be interested in knowing what other adaptations we will see down the line.

I’m not sure entirely since I’m sure there are plenty to be made, but I would be interested in seeing if we ever get an adaptation of Kurt Busiek’s Astro City.