Pulp action on the silver screen in 1939 – bring on Buck Rogers! 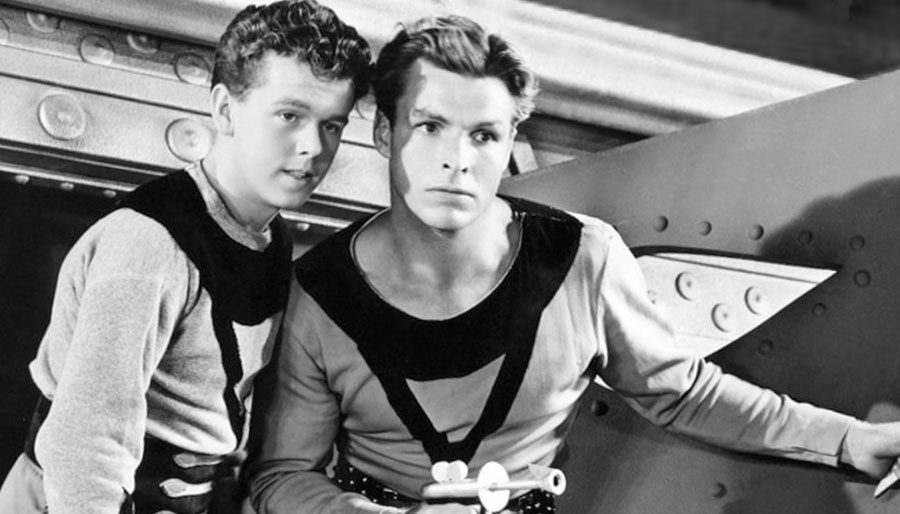 I have another review, for another film serial. saw this one a while ago, but wanted to now review it for the Post Geek Singularity.

That film serial is 1939’s PLANET OUTLAWS, and starred Buster Crabbe as Buck Rogers. Crabbe also portrayed Flash Gordon, but he was equally as good as Buck Rogers.

While I have seen this film serial, I have never seen the 1979 movie/tv pilot episode and all the episodes afterwards (i.e. Gil Gerrard in BUCK ROGERS IN THE 25TH CENTURY), so I cannot compare the two. However, I really did like this 1939 serial. Over the 12 episodes of this series, I found it be really fun, filled with adventure and excitement.

Despite it being dated, I thought everything came together fluidly, from its story, casting, costumes, production design, hair and makeup, music, and special effects.

Similar to what I said about the 1936 Flash Gordon serial, the only thing I wish could have been done, was if the serial was in color, as opposed to black and white. Not that the black and white changed how I felt about the serial, since I still enjoyed it, but I think color would have made it really good.

Also similar to what I said about the Flash Gordon serial, I think if this serial was compressed into one movie and released in theaters, I believe it would have been a huge hit at the box office in 1939.

Overall, I really enjoyed 1939’s Buck Rogers, and definitely recommend it to those who have not seen it.

In 1938, Lieutenant Buck Rogers (Buster Crabbe) and Buddy Wade (Jackie Moran) are part of the crew of a dirigible flying over the North Pole. They are caught in a savage storm and crash.

They are ordered to release the experimental Nirvano Gas, which (unbeknownst to them) will put them in suspended animation until they are rescued. The Nirvano Gas works, but the dirigible is buried in an avalanche and is not found until 500 years have passed. When Buck and Buddy are found, they awaken in the year 2440 to a world ruled by the ruthless dictator, Killer Kane (Anthony Warde), and his army of “super-racketeers.”

Only those who live in the “Hidden City”, run by the benevolent scientist Dr. Huer (C. Montague Shaw) and his military counterpart, Air Marshal Kragg (William Gould), resist the criminal rulers of Earth.

Buck and Buddy join the resistance. They volunteer to go to Saturn, where they hope that they can find help in their fight against Kane. Wilma Deering (Constance Moore) is assigned to accompany them.

Saturn is run by Aldar (Guy Usher) and the Council of the Wise and Prince Tallen. To the dismay of Buck and Buddy, they also discover that Kane has dispatched ambassadors of his own, headed by his loyal henchman, Captain Laska (Henry Brandon).

The serial then becomes a back-and-forth struggle between Buck and Kane to secure the military support of Saturn.