POW, ZOCK, BASH … take a trip to camp that never gets old. 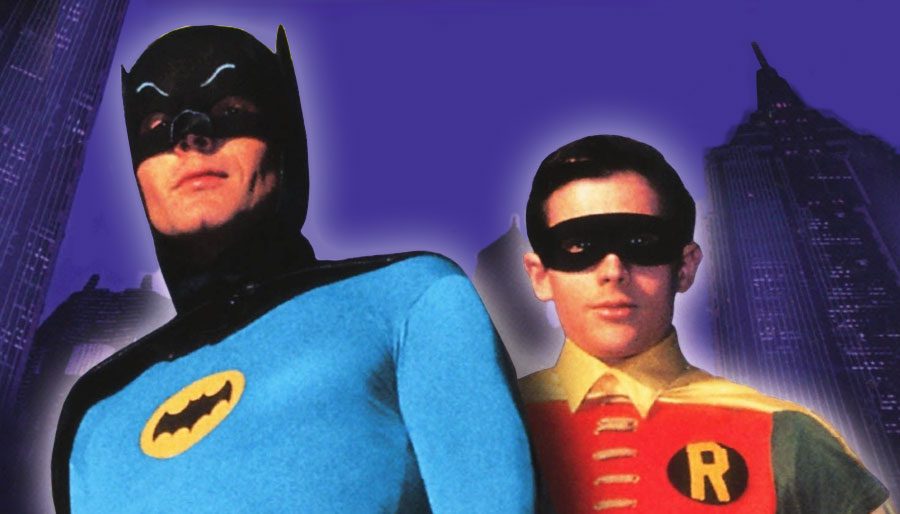 It’s not every day a TV show makes the transition from small screen to big screen. But if anyone could do it, BATMAN could – especially when it’s a smash hit comedy for ABC in the mid-60s. We review the movie and what it did to the comic book genre of films.

At a time where movie-goers are used to watching comic book-related fare that are predominantly action/adventure films with a healthy dose of wisecracking and quipping thrown in for good measure, films like 1966’s BATMAN: THE MOVIE are a little too “corny” to be taken seriously. But to the filmmakers of BATMAN: THE MOVIE, not being taken too seriously was exactly the point. 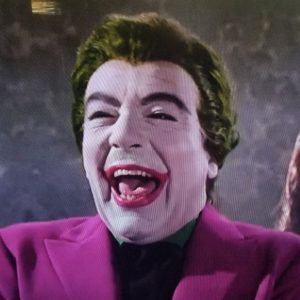 Cesar Romero co-starred in BATMAN: THE MOVIE as The Joker

This movie version of Batman and Robin is unique among comic book movies (with the possible exception of the Deadpool films) in that it fully embraces the sillyness of the superhero proposition. The characters in BATMAN: THE MOVIE don’t take themselves too seriously – which may be its saving grace.

Adam West’s Batman is both wholesome do-gooder and clueless detective. After all, how else could you explain West’s Bruce Wayne getting seduced Russian journalist, Miss Kitka, who looks nearly identical to the Catwoman (spoiler alert: it IS Catwoman – just in case the “Kitka” name didn’t give it away).

Batman’s other foils in this film, The Joker (played by 50s film legend Cesar Romero), The Riddler (Frank Gorshin) and The Penguin (iconically played by Burgess Meredith) are all, so over-the-top you can’t take your eyes off of them. The fact that the scriptwriters would match up The Joker with The Riddler provides an inummerable opportunity for silly side-jokes, like posing clues that are “riddles in the form of a joke” as well as “joking riddles” … wth?

The movie celebrates some of the most glorious of Bat-devices, Bat-vehicles and Bat-tropes that have become celebrated Easter eggs in a variety of productions over the past 50+ years. 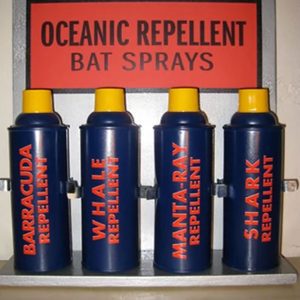 You can never have too much whale repellent, that’s what I say.

My personal favorites: The Shark-Repellent Bat-Spray (which some speculate can be used on both sharks and bats) and the entire line of Bat-Sprays on hand in the Bat-Copter. But, by far, my favorite line is uttered by a frustrated Caped Crusader as he runs around Gotham Pier avoiding a Salvation Army Band, a new mother with her baby and pram, and a family of baby ducks – all while he’s trying to dispose of a ridiculously over-sized bomb.

“Somedays, you just can’t get rid of a bomb.”

Did this film set back comic book movies by playing into the cultural stereotypes around comic books coming out of the 50s and the bad-old-days of the Hayes Code? Probably.

But this is one bomb, you don’t want to get rid of – just watch it go of over and over again.

Originally planned as the pilot film for the Batman (1966) TV series, the movie was instead produced between the show’s first and second seasons. The producers took advantage of the larger budget to have a number of new Bat-gadgets constructed, such as the BatBoat.

Adam West was initially reluctant about making the movie. He decided to do it when told by producers that without his involvement in the film, the part of Batman/Bruce Wayne would be recast.

Cesar Romero (The Joker) refused to shave his mustache during filming and it was covered with makeup instead.

The Penguin’s submarine interiors are the Seaview sets from Voyage to the Bottom of the Sea (1964) redressed. Filming of the movie began before Lee Meriwether was cast for the movie. As a result, Catwoman does not appear with the other villains in the first scene aboard the Penguin’s submarine.

Scenes shot in the arch-criminals’ headquarters lair were filmed in a dutch angle. This was intentional and was meant to show that the four villains (Catwoman, Penguin, Joker, and Riddler) were crooked.

In the final fight scene, a stuntman playing one of the villains’ henchmen dove into the water and hit his head on a metal stud at the bottom of the pond. He was knocked unconscious and had to be rushed to the hospital.

A follow up film was at one point considered. The film would have been released between seasons two and three, and would have been used to introduce Barbara Gordon/Bat Girl, and make use of a Batplane. Due to waning interest in the series during season two, which resulted in budget cuts, plans for a second film were scratched.

Produced by Twentieth Century Fox, which owned the film rights to Batman before DC was purchased by Warner Bros. Ironically, Fox would later release films based on Marvel Comics; such as X-Men, Deadpool, Daredevil, and The Fantastic Four; before both they and Marvel were purchased by Disney. That makes this film possibly the only DC adaptation now owned by Disney.