One touch that seemed to pass through a lot of hands. 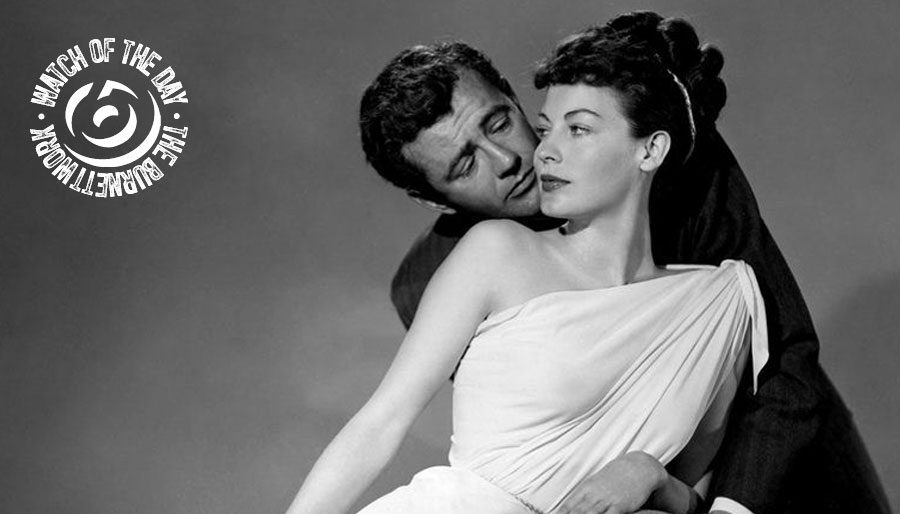 Part comedy, part musical, part romance, ONE TOUCH OF VENUS, with Robert Walker and Ava Gardner, has been made and remade a number of times throughout Hollywood’s history. Find out why we’ve made it our Watch of the Day …

Fantasy comedy about a young window dresser who kisses a statue of Venus, which then comes to life in the form of Ava Gardner. However, the problems begin when Venus falls in love with him.

This movie combines the genres of comedy, romance, fantasy, and musical. 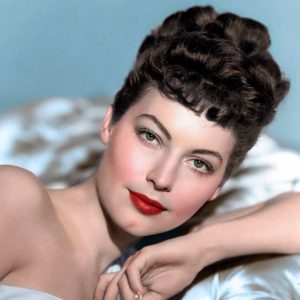 Ava Gardner is Venus in A TOUCH OF VENUS

Starring Robert Walker (from Alfred Hitchcock’s STRANGERS ON A TRAIN) and Ava Gardner (from 1946’s THE KILLERS). It also stars Eve Arden, who most people will know as the school principal in 1978’s GREASE, with John Travolta.

The movie follows a window dresser who kisses a statue of Venus, which then comes to life and falls in love with him.

I like this movie for its musical numbers and acting, especially Walker and Gardner’s performances. Romance is hard to pull off in a movie, to me, but this film’s romance has a real charm to it, in my opinion.

The 1987 movie, MANNEQUIN, is believed to be inspired by this movie.

A TOUCH OF VENUS was originally produced as a musical in 1943, at the Imperial Theatre in New York City. The show moved to the 46th Street Theatre on January 26, 1944 (two days after closing at the Imperial), and continued to run through February 10, 1945. The total number of performances was 567. The cast included Mary Martin (in a role originally meant for Marlene Dietrich), John Boles and Kenny Baker.

Mary Pickford bought the screen rights to the musical comedy for $150,000, intending to film it with the original cast. The original plan was to shoot the film in 1945 with Mary Martin (from the original cast) with Frank Sinatra, Clifton Webb and Bert Lahr, with Sam Coslow producing for Mary Pickford. Pickford felt that only Webb had any box-office pull and was hesitant to commit $2 million of her own money to production.

This was a greatly altered version of the 1943 Broadway hit. The original show had 15 songs; this has three. The show’s hero is called “Rodney”, not “Eddie”, and he is a barber, not a window dresser. He brings the statue to life by placing a ring on its finger, not by kissing it. This happens in a museum, not a department store. The original production ran for 567 performances on Broadway. 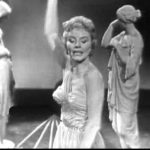 The story was re-cast and produced on NBC-TV in 1955. Their broadcast of ONE TOUCH OF VENUS was derived from a successful staging of the show that summer at the Dallas State Fair. The broadcast, though cut down somewhat (running time of about 80 minutes) offers no fewer than ten songs and both ballets.

In 1995 the BBC broadcast a radio version of the story with Paige O’Hara in the title role.