One fan’s profound disappointment with the DCEU … and other letters. 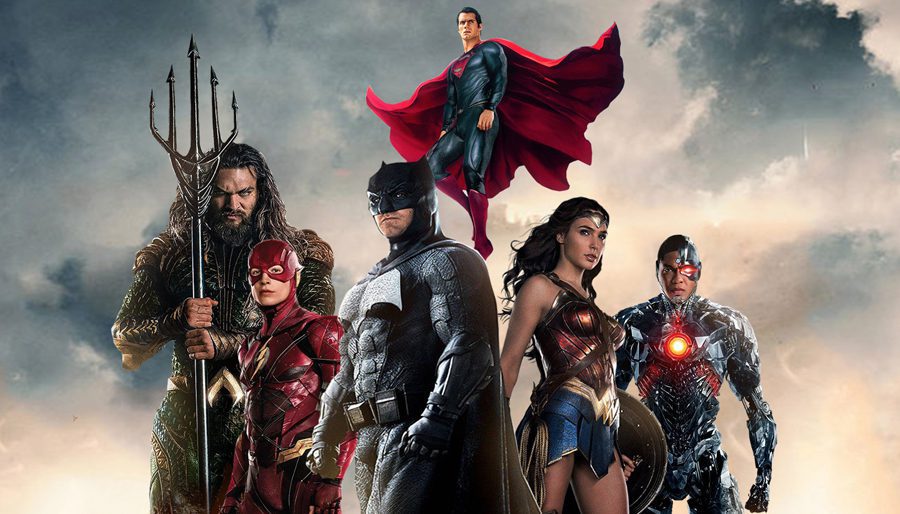 Is our entertainment experience filled with too many disappointments? Is that a sign of poorly crafted stories, films and TV shows or a reflection of our own frustrations with society, in general? Imagination Connoissuers weigh in …

That “Prime Directive” thing? Yeah, let’s talk about that.

In response to Willow’s letter about the Prime Directive: A TNG episode I always hated was the seventh-season “Homeward.” Worf’s human brother saves a handful of people from a planet whose sun goes nova. The Enterprise was going to do nothing to save them. 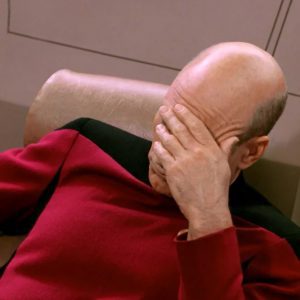 Should the Federation even bother with the Prime Directive, anymore?

This is an example of how draconian a law the Prime Directive can be. Being vaporized is a worse fate than whatever damage might be caused by Federation interference. The crew had a useless moment of silence for them instead. They could have transported them aboard in stasis and moved them to another planet, negating any damage to their development.

The Federation seems to have these wild over-reactions to a few bad experiences. One bad trip and they swear off drugs forever. Genetic engineering produced Khan, so they ban it. First Contact goes wrong a few times, so they say “no interference whatsoever.”

At least for pre-Warp civilizations. I agree that it’s the less advanced that could use a little interference. There should be more wiggle room there. More nuance, to use the parlance of our time.

These are questions we grapple with in the real world. How much should the U.S. or any country interfere in developing countries? You don’t want to become an empire.

Like Larry David said in “Curb Your Enthusiasm,” complaining that Alaska and Hawaii ruined the Continental United States: “We don’t need more states —we’re not the British Empire. Are they trying to turn us into the British Empire!?”

Picard had violated the Prime Directive with less cause before. As had Kirk. All the other Captains did too. Janeway less so. She was too much by the book, and by comparison made Picard look like a real maverick.

The Valakians being at an evolutionary dead end absolves Archer a bit, though. As does the Valakians being kind of douches to the Menk. It was a great episode, though. Like Willow, I always found the episodes that dealt with difficult moral questions to be the most interesting.

I guess complaining about Nu-Trek is like flogging a dead horse, but it is a shame to see what’s happened to a great franchise.

When I complained about how Star Trek keeps going to the past, I forgot about The Picard Show. But despite being set in the future it comes across like a spinoff of Discovery since the tone is the same.

Just a quick note…the origins of “May the 4th be with you” are apocryphal at best.

I suppose the celebration of a pop culture touchstone is easier to stomach then the anniversary of the Kent State Massacre, May 4th, 1970. Four dead in Ohio, as the song goes. It’s sad that we’ve forgotten, and that killing goes on over the same issues. You can google the events of the 1960’s, and you’ll see young men on both sides that are now old men, on both sides, fighting the same war for the soul of America, the same war being fought today.

But anyway, It’s the Fifth of May, Happy Cinco de Mayo! Viva la Raza! Which, loosely translated, means Long Live the Mexican People, and may you live long and prosper, and also everyone in the post geek singularity.

Here you go Rob. Your black metal look is coming along. Appreciate all you do. Stay Fuckin’ Metal

Now THIS is f*ing METAL!

Celebrating 10 years of the God of Thunder in the MCU 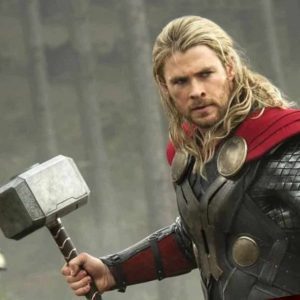 Having been in development hell since 1991, Thor finally made it on the big screen in 2011, under Kenneth Branagh’s direction, after previous attempts from people like Sam Raimi, David Goyer, Matthew Vaughan, and Guillermo Del Toro failed to move forward.

As a part of Marvel’s Phase 1, this was the 4th film in the MCU, following Iron Man, The Incredible Hulk, and Iron Man 2. Thor would then be followed by Captain America: The First Avenger and The Avengers, which ended Phase 1.

While this was the 1st film in the Thor film series, he didn’t really get huge recognition until the 3rd film, Ragnarok. The film series still continues, as we are now waiting on the 4th film, Love And Thunder.

An Imagination Connoisseur expresses his profound dislike for the DCEU

It’s me, Jeffrey, writing you a letter because I have some things on my mind about the News about the forth coming Black Superman movie . First off I want to say that I am very skeptical about it & after hearing & reading the news on Twitter & Youtube from Various Sources & reading the chatter on Twitter makes me feel unease .

I already didn’t like Henry Cavill as Zack Snyder’s Depressed Murder Superman who’s one death away from Lois Dying & joining the Darksied as Darksied’s Pawn in those movies & basically destroying Metropolis in his first battle as Superman against Zod & his Army.
It’s a take on Superman that felt like He’s Closer to Homelander & Omni Man in how Apathetic to humans around .

And after getting burned by all that I am now very skeptical about what the tone of this new black Superman movie will be , like will the character be Val Zod from the Earth 2 comics or Grant Morrison’s Calvin Ellis Superman or from what I have been hearing he’s going to be Black Clark Kent which doesn’t inspire confidence in me as a fan of the character that JJ Abrams & the suits involved would do something so creatively lazy like that & not say just produce & make a Val Zod Superman movie or just go all in & use Icon from the Milestone Universe & just make a Cinematic universe out of that .

I am also not excited about the Ezra Miller Flash movie just on Principal of how they choked that woman and also just how annoying his version of the Flash is , like it feels like WB/DC is not taking notes from Marvel Studios in how to plan & make these films enjoyable. Sure I like the idea of a Black Superman ..but personally I would like to see a Static Shock movie instead & build their new DCEU from that.

Because right now as a Frustrated Fan of DC comics I am not satisfied with the movies they have made like Man of Steel, WW84, Ayer Suicide Squad, Zack Snyder’s Justice League, Shazam and even Aquaman which was fun but felt lacking in places , Like the only movie that has Rewatchabiltiy for me is Birds of Prey because it has that Humor & Energy that I enjoyed from the 2 Ryan Reynolds Deadpool movies . 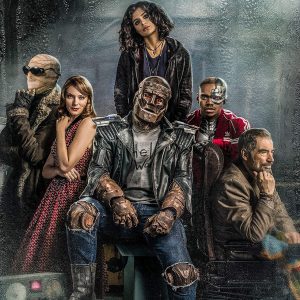 Is DOOM PATROL the best the DCEU has to offer?

But with DC it seems like I only have Doom Patrol to Look Forward to because that show embraces it’s Comics Roots for being weird & I like that, I still haven’t watched the New Superman and Lois show yet, I’m still watching Batwoman to see where it’s going & Supergirl too . But I am Tired of movies with Batman in them right now & I didn’t like Joker either …so I am not going to watch Matt Reeves the Batman anytime soon.

In other news I just finished writing & drawing a four page comic submission I did for a Online Comics Anthology called Decoded for Queer Creators to showcase their Horror & Sci Fi fiction.

I am feeling really good about myself & the work I have done. I even drew the Cover if anyone in the Chat would like to read my story & Support Queer Creators like myself, here’s a link.

Thanks for reading my letter,