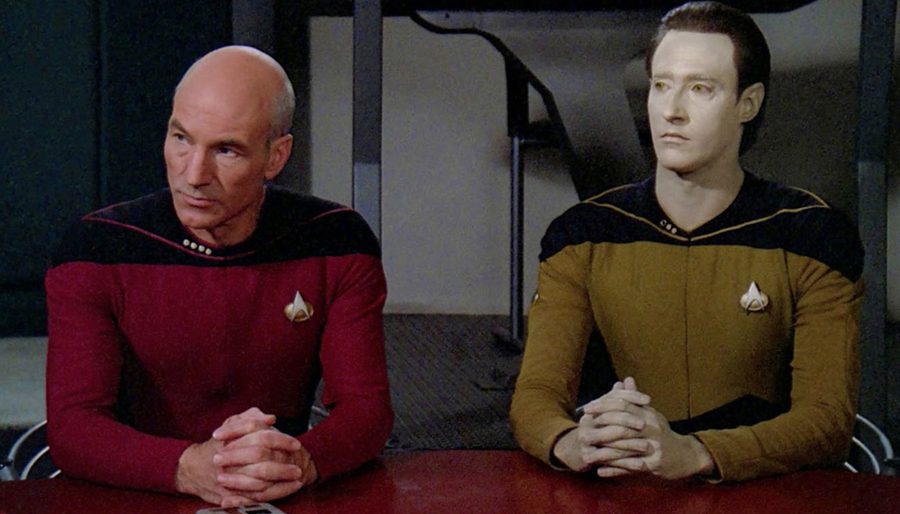 I’ve finally done it! My fiancé is finally watching Star Trek for the first time! She is actually loving it and I know that’s true because she’s actually talking about the show when not watching it! 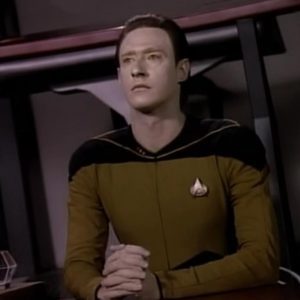 Data stands trial as a man (or a machine) in ST:TNG’s “Measure of a Man”

We’re well into season 4, but I’ve been thinking about the season 2 episode 19 Data centric episode – The Measure of a Man – for weeks since rewatching it for the first time in a few years.

The central premise of the episode is well known by most if not all in the community. But the Readers Digest version of the plot is that Picard has to prove in court that Data should be afforded all the same rights as fellow Star Fleet members of flesh and blood and that he is not property.

Picard had to argue that data is sentient, but wasn’t that argument already made by Star Fleet when they accepted him into the Academy? The drama of sentient vs non-sentient beings made for amazing TV and one of my favorite episodes but thinking about it further I just can’t think past – Well, if Star Fleet admitted data into their ranks of his own submission, how can we deny his resignation if we in good faith accepted him to Star Fleet in the first place?

I’m curious to know what you and the fellow viewers have to say about this.