Not your typical WWII espionage-thriller. 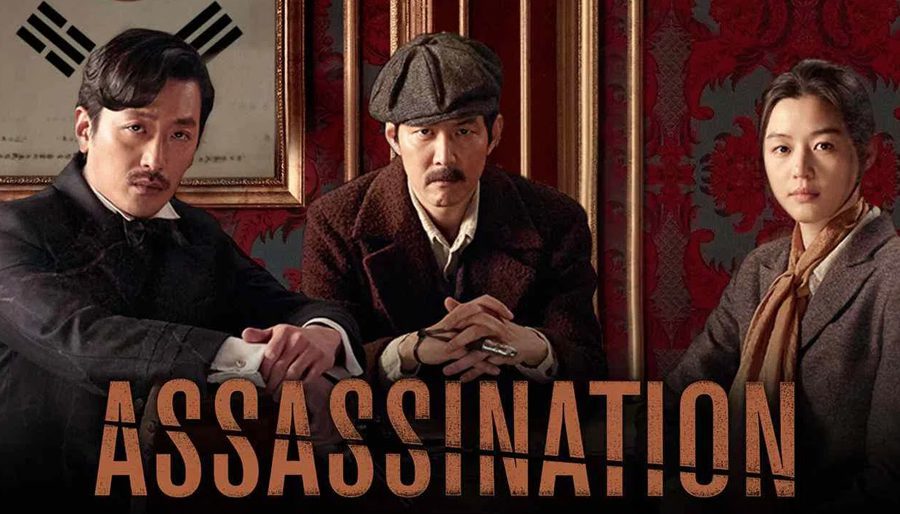 Jason Webster, a frequent reviewer of Asian cinema for The Burnettwork, shares his thoughts on a favorite film that gives most of us a different look at the Second World War.

The Korean espionage-thriller film ASSASSINATION (2015) is one of my favourite films. The film is set in 1930s South Korea during the Second World War. It was directed by Choi Dong-hoon and starred Jun Ji-hyun, Lee Jung-jae and Ha Jung-woo.

The film was produced by Ahn Soo-hyun and director Choi Dong-hoon for Caper Film. Choi had established himself through heist/crime films The Big Swindle (2004), Tazza: High Rollers (2006) and The Thieves (2012). 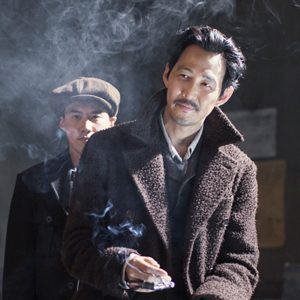 In 1933, Yem Sek-in (Lee Jung-jae) is given the task to recruit three Korean Resistance Movement assassins: Ahn Okyun (Jun Ji-hyun) Big Gun (Cho Jin-woong) and Duk-sam (Choi Deok-moon) to assassinate wealthy businessman and Japanese sympathiser Kang In-guk (Lee Geung-young) and Japanese general Kawaguchi Shunsuke (Park Byung-eun). They are assisted by the Cafe Anemone owner (Kim Hae-sook) who is also a resistance field operative. Mercenary Hawaii Pistol (Ha Jung-woo) has been recruited to assassinate the assassins. Also, one of them is a double agent conspiring against the mission.

Can the mission be successfully completed?

With a budget of USD$16 million, Choi was able to land popular South Korean actress Jun Ji-hyun for the female lead, Lee Jung-Lee and Kim Hae-sook as they worked previously with Choi on The Thieves. Jun Ji-hyun is the most popular and highly paid actress in South Korea. The tall, statuesque and talented Ji-jun came to international attention in My Sassy Girl (2001) for which she won Best Actress as the 39th Grand Bell Awards – the prestigious South Korean equivalent of the Academy Awards. She starred in films such as The Uninvited (2003), Windstruck (2004), Blood: The Last Vampire (2009), Snowflake and the Secret Fan (2011) and The Thieves (2012) when she signed on for Assassination.

So, it was a coup for Choi to assemble these actors for Assassination. That’s even before acknowledging other noted members of the cast such as Lee Geuing-young (War of the Arrows), Kim Eui-sung (Train to Busan) and actress Jin Kyung (Cold Eyes). All three a accomplish awarding performers on stage, television and film.

Filming was untaken in both Shanghai and Seoul for a total of five months. For scenes set Gyeongseong, an impressive and sprawling set was built in Goyang, Gyeonggi Province covering some 13,500 square metres to recreate Seosomun Street in Gyeongseong. The rest of filming was completed on a massive set in Chedun in Shanghai. The set was 27 times the size of the set used in Goyang.

Reviews for the film were mainly positive with most critics praising the film as entertaining while critiquing its running time. Jason Bechervaise of Screen Daily complimented the film’s action sequences and the direction of Choi Dong-hoon. A critic for the Washington City Paper was quite lavish in praising the film labelling it “revelation for Korean cinema and a rediscovery of form.”

Jeanette Catsoulis of the New York Times also praised the action sequences of Assassination. However, she found the screenplay a bit too complicated saying, “it’s possible to follow [Assassination] without taking notes, but I wouldn’t recommend it.” The film holds a certified fresh rating of 88% on Rotten Tomatoes. Assassination has a rating of 7.3/10 on IMDB, Metascore of 64 on Metacritic and a rating of 8.1/10 on MyDramaList.com. 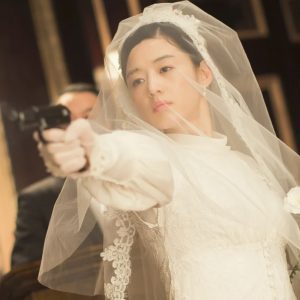 Distributed by Showbox, the film opened in South Korea on 22 July 2015 across 1,260 screens nationwide. The film was a resounding success taking in USD$3.1 million from 478,000 admissions – the best opening day for a domestic release for the whole of 2015 and the second-best releases overall behind Avengers: Age of Ultron. In a little over a month, Assassination earned USD$77 from 11.79 million admissions making the film the eight highest-grossing domestic release of all-time. As of today, the film has earned USD$90.9 million against its USD$16 million budget.

While the screenplay may seem complex in terms of it numerous characters and interwoven subplots and twists may leave it difficult to understand I understood everything that unfolded on screen. This film makes you pick up things as you go and doesn’t saddle you with exposition or other ways to conveniently saddle you with backstories of the main characters.

That’s reality…life does not provide you with backstories to the people you meet, nor do people give you it. Much of that you find out along the way through self-discovery. I’m still learning of things I have never known about family and friends. Besides, I like a little mystery to characters I encounter in a film. You understand more about them through how they form relationships, interact with others and cope and act to certain situations than their backstories.

Ahn is all about her conviction to see South Korea freed from under the tyrannical grip of Japanese occupation. She is cool, focused and very precise in her job as a sniper. It is only in the scenes where she momentarily drops her guard that she displays her human/softer side. In the film’s opening introduction Yem was captured by the Japanese after a failed attempt to assassinate Kang In-guk and the governor general. So, it’s a no-brainer that in order to remain in the story he would have been tortured into becoming a traitor who assists the Japanese as a double agent. You don’t to see that on the screen.

In the introduction, it is established right of the bat that Kang is a slimy and greedy opportunist who sells his soul as kills his wife for assisting Yem in the failed assassination attempt. Kang is all about his position in life and who will ever conveniently assist him maintain it. Like Ahn, Hawaii Pistol is seen as all about his job as a mercenary and, along with other factors, will see him identifying and forming an affinity with Ahn and will play a key role in why he makes the decisions he does throughout the film.

The acting is good across the board and one can certainly see Jun Ji-hyun thoroughly deserved her second Best Actress win at the 52nd Grand Bell Awards for her performance in Assassination. Since then, she has really established herself as an actress to add two Baekasang Art Awards and eight SBS Drama Awards to go with her two Grand Bell Award wins. The visual aesthetics in Assassination are top-notch.

Director of photography Kim Woo-hyung and lighting director Kim Seung-gyu really delivered to ensure the film was provided beautiful, vivid and rich photography. The production design by Ryu Seung-hee (Oldboy) matches the cinematography in this regard.

The film won numerous awards. Apart from Jun’s Best Actress at the 52nd Grand Bell Awards, the film won Best Film and the Technical Award for costume design at the prestigious 36th Blue Dragon film Awards. The Korean Association of Film Critics selected Assassination as one of its Top 10 Films for 2015.

While Assassination is not a perfect film, it features great acting and action sequences and is very entertaining. Its commercial success is proof the film achieved all it set to accomplish. It is certainly one of my favourite films of 2015.