Not everything is perfect in Perfection, Nevada. Did you just feel something? 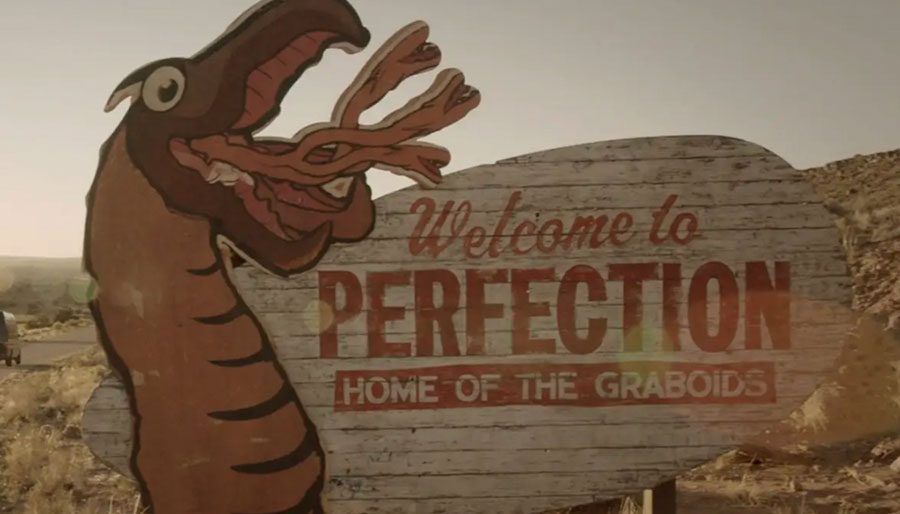 Imagination Connoisseur Thomas Bartholdi tells us about a picturesque vacation spot known as Perfection, Nevada. It’s secluded, inexpensive and people are literally dying to go there.

What could possibly go wrong …?

I’ve been tasked this evening by the official American Tourist Travel agency to let you know of one of the best towns in all of America. I’m sure they’d like me to tell you that Perfection, Nevada is a wonderful place to visit. But a few of the people who have visited may not be alive to tell you otherwise and the ones who might be alive are warning those that wish to visit to avoid this place.

Tourism may even be an all time low, and that’s understandable. I can’t in my right frame of mind tell you with good confidence that you should visit.

Perfection, Nevada is a small town pretty much in the middle of nowhere it seems, and that is where our lovely little film called “Tremors” takes place. The film is comedy and horror/sci-fi and, in my own opinion, does it very well. 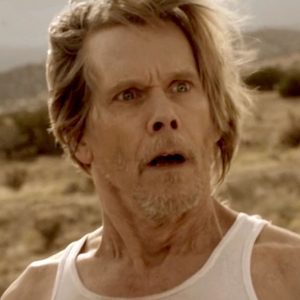 The film opens with Fred Ward and Kevin Bacon, just on a job as repair men – let’s call them Earl and Val. People die and no one yet knows. A farmers head is also found.

But after the rock slide traps out two repair men the film gets more interesting. We all soon discover worms in the ground are attracted by seismic activity. We come to call these worms the “Graboid” an ancient species of sand worm according to some UFO site. However, this isn’t the biological lesson on the evolution of sand worms. Though in the first film we are introduced to them as the first stage in their evolution.

Later, out beloved characters humorously and cleverly pole vault from rock to rock to escape being eaten.

And that’s when we meet Burt and his wife Heather, played by Michael Gross and Reba McEntire. (They’re also my two favorite characters in this movie.) Burt and his wife are survivors and come prepared to fight the Graboids.

This is when they fight back. Burt and Heather kill a worm in their basement. In fact, the movie has plenty of exploding worm guts for everyone. Come to think of it, if Burt had anything to say he might say to hell with visiting Perfection, Nevada.

Well if I want my Graboid hot toys and t-shirts, I’d say when the hell are we going.

It may be the best of all the Tremors movies, and I do love them all. It was surely a fun movie and I can see why so many of the PGS enjoy the film. And if we drink every time someone mentions worm, we’ll all be drunk.

Interesting Facts About the Movie (from IMDb):

One of the credited writers of the story for TREMORS, S.S. Wilson, said that he got the idea for the film while he was working for the U.S. Navy in the California desert. While resting on a rock, he imagined what it might be like if something underground kept him from getting off the rock.

To bring the worms to life, the special effects crew designed the worms to have an outer shell. When above the dirt, the shell would retract to reveal a slimier ‘inner worm’. However, many production members started to giggle at the ‘phallic’ resemblance it had with a foreskin, so this was changed to the big worm sprouting several smaller worms from its mouth.

The film was originally given an R-rating by the MPAA not for violence, but for language. The film included as many as twenty f-bombs. As an appeal, producers removed all utterances of the “f” word, with the exception of two. Many of the swears were dubbed over with other words, including “can you fly you sucker?”, “we killed that motherhumper,” and “what the s***” when Val is overlooking the dead sheep. Prior to the film’s release, Bacon felt that the film was a career low: “I broke down and fell to the sidewalk, screaming to my pregnant wife, ‘I can’t believe I’m doing a movie about underground worms!'”

Although “Tremors” was not a big hit during its theatrical run, the film became a runaway smash in the home video market, and ultimately tripled its original box-office gross with VHS sales and rentals. Kevin Bacon would later call the filming of Tremors to be “the single most fun time I’ve ever had making a movie in my entire career”.