NOMADLAND was a worthy Oscar-winner. 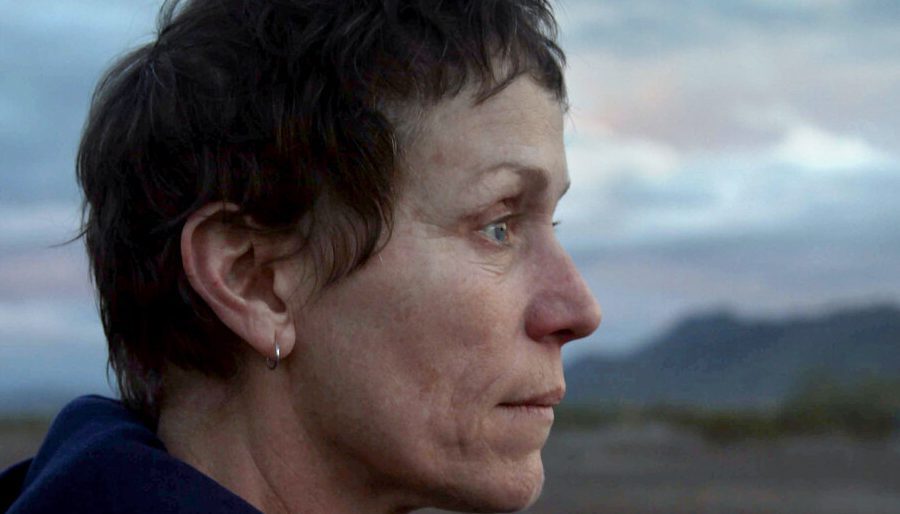 In his review of NOMADLAND, Tom Jr Jackson talks about its unusual styling and the ground-breaking performance of Oscar-winner, Frances McDormand. 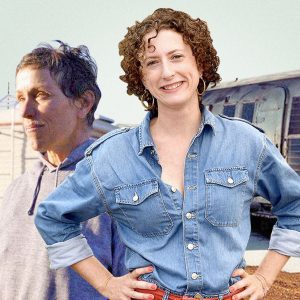 I recently had the pleasure of not only watching this once…but twice. Now this film is about a woman named Fern (played by McDormand) who had lost everything she had in the Great Recession of 2011 while she was living in Empire, Nevada. If you want to know more about that place look it up because it is a fascinating story in itself.

Fern decides not only to live the van dwelling life traveling through the American West but also get jobs along the way.

There is a whole subculture and community of people who live the van dwelling life and some of these people are older people and some are of the younger generation who live that lifestyle but also make YouTube vlogs about it.  I have watched a few of them.

At one point there was a vlogger named Adam the Woo who, for 5 years straight, lived in a van and in an RV and just made vlogs about traveling across the country and posted everyday. He still makes vlogs but now has 2 places one in Orange County, CA and one in Celebration, FL (which is another interesting deep dive investigation).

Ok, back to my letter.

Now a lot of this van-dwelling life involves what is called “stealth camping.” Again, there are many YouTube vlogs on that subject, but what it is basically is camping in places you shouldn’t be camping and doing it without either getting caught and arrested or being told to move along. I have watched a few of these channels as well.

Chloe Zhao most definitely deserved to win her Oscar. She not only beautifully directed this film with some breathtaking shots and views of the scenery that truly will make you want to just hit the road and see them for yourself. She has also written a great script which is adapted from the book of the same name by Jessica Brunder.

Now the beauty of this film really is that it doesn’t feel like a movie – it has a feel of a documentary – and to be honest, it is the right look and feel for a film like this.

Let’s talk about Frances McDormand and her performance in the film and that it is simply amazing. 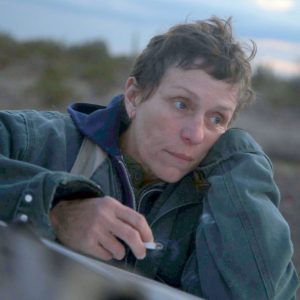 You forget you are watching an actress in a film and believe that it is just some random woman who is being followed around by a camera crew. Frances McDormand also really got into the part of playing this role by not only decorating her van in the film with her own personal items but also sleeping in it during the shoot.

She stopped after she decided that pretending to be exhausted was better than actually being exhausted.

A lot of the people in this film are real van dwellers and some who interacted with McDormand had no idea that she was a big Hollywood star. One co-star named Bob Wells has an amazing scene with Frances McDormad – an emotional scene where she tells him a story about how she lost everything and how her husband died. Now since it was an emotional scene that afterwards he told her privately that it meant a lot for her to share her story and that everything would be okay.

She subsequently revealed to him that not only was her husband alive but also his name is Joel Cohen and that he is a director and was surprised that she was in fact an actress as well.

All in all I highly recommend this film. But as I said, it really feels like a documentary and about a very interesting subject.

NOMADLAND is currently streaming on HULU and on demand. As of April 27th, 2021, it is available on blu ray and digital .