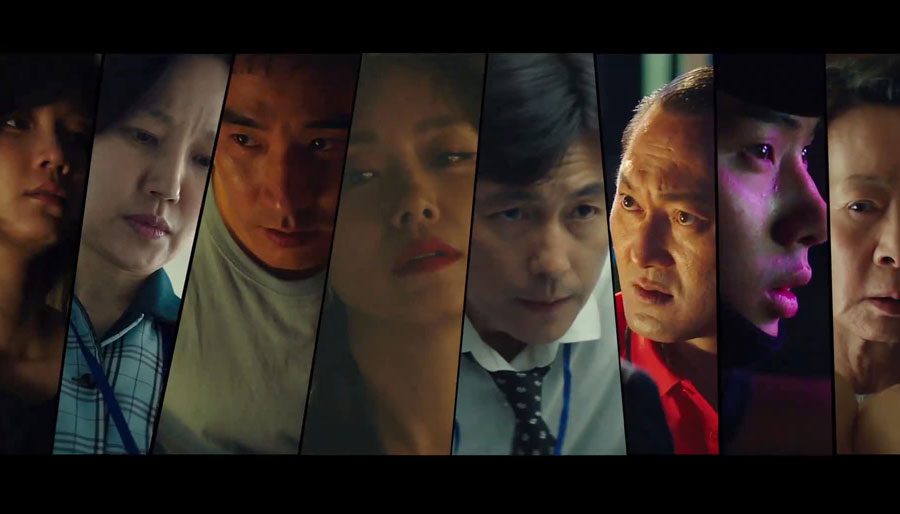 Imagination Connoisseur, Jason Webster says director Kim Yong-Hoon’s neo-noir study of greed is both biting and witty, making BEASTS CLAWING AT STRAWS one of the best films Asian cinema has to offer from 2020.

Eight strangers who are financially struggling become involved with each other after a bag of money is found in a sauna. The film is separated into six chapters: Debt, Sucker, Food Chain, Shark, Lucky Strike and Money Bag.

Beats Clawing at Straws is a neo-noir that is a biting, uncompromising critique of monetary greed in contemporary society and the root causes of such behaviour – whether it be debt, poverty or pure ruthless evil.

The Hollywood Reporter’s Neil Young called the film “No Country for Old Men meets Pulp Fiction,” and that aptly sums up Beasts Clawing at Straws. As a film, this is very much an ensemble piece and all the performances compliment each other well.

The roles are filled by notable performers within South Korean cinema: Jeon Do-yeon, Jung Woo-sung, Jung Man-sik and Jung Ga-ram. However, the standout is Jeon Do-yeon who makes Yeon-hee as one of most ruthless femme fatales seen on film. Released on 25 January 2020, reviews for the film were predominately positive with Variety’s Jay Weissberg labelling the film, “an amusing, echt Korean romp.”

The film achieved a rating on IMDB of 7 out of 10.