MIDNIGHT RUN may have helped define the “action comedy” genre. 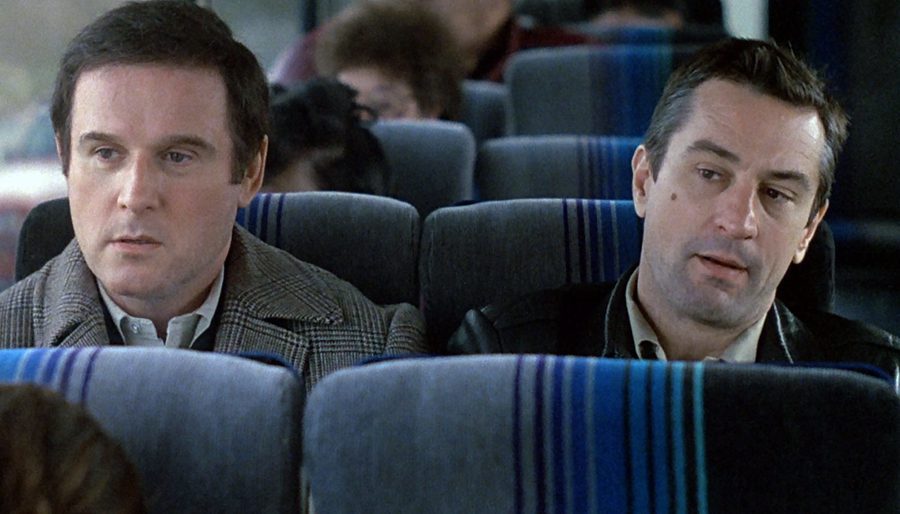 As a tribute to the career of actor Charles Grodin, Imagination Connoisseur Aaron Johnson provides this re-cap and review of MIDNIGHT RUN an action comedy starring Grodin and acting legend Robert De Niro.

I thought I would comment on MIDNIGHT RUN given that Charles Grodin passed away a few days ago. The comments in the letter have quotes from the Roger Ebert review of the film, but it’s mixed with my own comments. 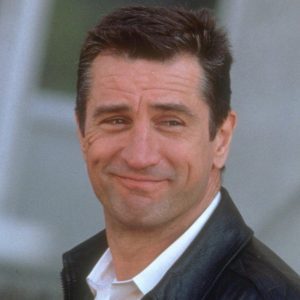 Jack Walsh is a bounty hunter. A former cop who now works for bondsmen, bringing back clients who have tried to jump bail. Jonathan Mardukas is an accountant who embezzled millions of dollars from the mob in Vegas, and then jumped bail. Oddly enough, what these two men have most in common is the way they see themselves as more ethical than the system.

The two men are played in MIDNIGHT RUN by Robert De Niro and Charles Grodin – an odd couple who spend most of the movie trying to survive a cross-country trip while the FBI is trying to capture them and the underworld is trying to kill them. Along the way, of course, they discover that, despite their opposite natures, they really do like and respect one another.

This may sound like a formula – and it is a formula – but MIDNIGHT RUN is not a formula-type of movie. This is because the writing and acting make these two characters into specific, quirky individuals whose relationship becomes more interesting even as the chase grows more predictable.

Both men in the film, De Niro and Grodin, must have had a sixth sense for the chemistry they would have. But it makes sense, given the fact that the film does have undertones similar to the odd couple. De Niro’s Jack Walsh plays it funny and serious. Pretty much anything De Niro says in the film is hilarious.

Meanwhile, Charles Grodin’s Jonathan Mardukas tries to entertain De Niro, while also being the funny one for the audience. 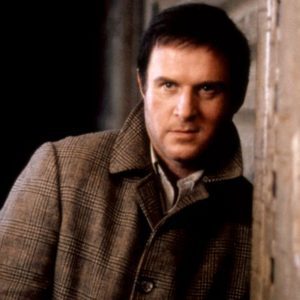 Think of the same exact thing in the 1968 Neil Simon film, THE ODD COUPLE, with Walter Matthau and Jack Lemmon. In that film, Matthau’s character wasn’t as well understood as Robert De Niro’s character. Oscar Madison (Mathau) was always picking on Felix Unger (Lemmon) – always telling him to clean his side of the apartment. When you notice this Felix Unger-like characteristics in Jonathan Mardukas (Grodin), Mardukas tries to build a legit friendship with Walsh, while both men are having to get away from both the FBI and the Mob.

Whoever cast De Niro and Grodin must have had a sixth sense for the chemistry they would have; they work together so smoothly, and with such an evident sense of fun, that even their silences are intriguing.

De Niro does not usually appear in movie comedies, and when he does, he usually has fun with it. It is his comic timing that helps the film – balancing it with the dramatic moments. It has amusing undertones througout, while on the surface it remains serious.

De Niro is often said to be one of the best movie actors of his generation. Grodin has been movies for about just as long as De Niro and has appeared in a variety of titles. But Grodin hasn’t received the recognition he deserves.

All the time Grodin’s Jonathan Mardukas and De Niro’s Jack Walsh feud with each other, Mardukas tries to escape. But Walsh knows that if Mardukas were returned to custody, the Mob would have Mardukas killed in prison.

What MIDNIGHT RUN does with these characters is quite astonishing. The director, Martin Brest, came to this project after BEVERLY HILLS COP, but even if the action in the two films are comparable, the characters are a lot more interesting this time. MIDNIGHT RUN has some interesting messages and it’s rare for a thriller to end with a scene of genuinely moving intimacy, but this one does, and it earns it.