Merger mania takes Hollywood by storm – is that a good thing? … and more letters. 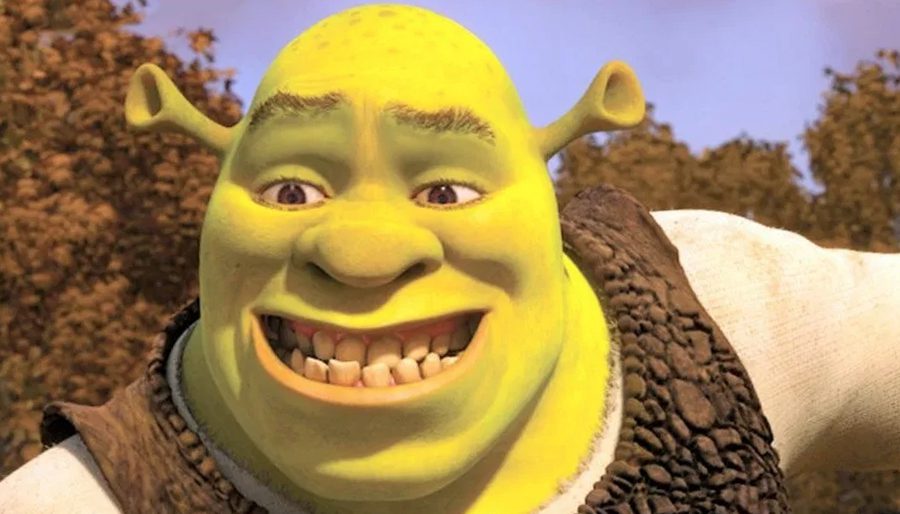 SHREK turns twenty today … no card, here’s an onion, instead. Plus other mail from Imagination Connoisseurs from throughout the Post-Geek Singularity.

I know every person has a story to tell, but what if I’ve heard it a dozen times already?

I need a vent a little bit, so I hope my indecipherable ramblings make for half decent content.

Let me preface this by saying that I find politics genuinely fascinating, that is for about forty-five minutes until the conversation inevitably starts to escalate or become repetitive. It’s beginning to feel like every conversation I have with friends and colleagues must at some point divulge into talking about “the state of our nation.”

Undoubtedly an important conversation to have, but the over exposure has left me feeling numb to issues I truly care about. Especially in the age of the internet it seems that everyone with a twitter account feel they have a duty to impart their “timeless wisdom” upon you, and I’m burnt out.

A wise man once said that “Every person you meet a story to tell you have yet to hear and all you have to do is listen” and I’ve been doing my best, but it’s getting harder all the time. However the last thing I want to do I stop listening, I’ve spent far too much time in my life trying to convince people that my hopelessly nerdy passions are worthwhile to dismiss other people interest out of hand.

To be honest, I’m not sure how to end this letter, I don’t have a grand take away or even a conclusion really, I’m just tired.

-Sincerely, The PGS’S most exasperated villain.

What should you do if you’re not happy with the quality of your Hot Toy when it delivers?

In 2019, I became a fan of the hit Disney TV Series, The Mandalorian along with millions of other fans. The story, depictions of the Star Wars Universe, and the overall appeal of the show made me an instant fan.

In particular, I was taken by the sweet relationship that baby yoda, aka the child, aka Grogu, developed with the lead character Din Djarin. 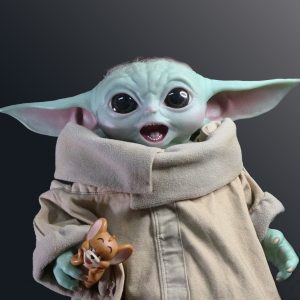 You pay $400 for an articulated, 1:1 scale Grogu from Hot Toys and it has a defect. That is the way.

So when Sideshow Collectibles announced they would be creating a life size 1:1 scale figure of The Child, I immediately placed my order in January of 2020. I received the lifesize The Child in November of 2020 and was pleased at how good it looked. I had great expectations for this figure because the figure was designed Legacy Effects that made the original baby Yoda for the tv series.

Overall, I love how they created such a lifelike statue, but there was limited movement in the figure. After all, it was a statue meant for a collector to admire and was not fully articulated.

I immediately placed my order for the Hot Toys The Child, and over the course of a year, I paid off the amount and eagerly awaited the arrival of a more articulated Grogu.You can then imagine how shocked I was to find out that after watching several online reviewers of Hot Toys The Child, there appeared to be a flaw in the figure.

It turned out that if the mouth was manipulated in a certain way (left closed), then the jaw would split right above the neck exposing the joint in the neck.

An online reviewer advised, “leave his mouth open because the rubber is delicate” (Justian’s Collectables). I wondered, how could a $400 hot toys break/tear so easily? Some other YouTubers mentioned that the mix of plastic to rubber might be making the material over the jaw, less pliable, increasing the tendency of the skin to break.

What do you do when you order a collectible that seems to have a potentially visible flaw?

My last payment is on May 20, 2021. Any advice you can give would be greatly appreciated. 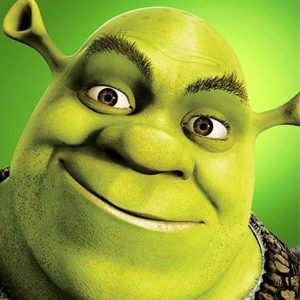 Another movie anniversary is upon us. May 18, 2021 marks the 20 year anniversary of the Dreamworks animated film, Shrek, which released on May 18, 2021. Having been in development since 1991, the film finally made it on the big screen 10 years later. The movie went on to become a critical and commercial success, ranking in the top 10 highest grossing films of 2001.

It also has the honor of being the first winner for Best Animated Feature at the Oscars.

In addition, the success of the film lead to the creation of a franchise involving sequels, short films, a spinoff film and tv show, a theme park attraction, a stage musical, and tv specials.

Lending their voices to the film were Mike Myers as Shrek, Eddie Murphy as Donkey, Cameron Diaz as Princess Fiona, and John Lithgow as Lord Farquaad.

Having seen the film many times since it first came out, it still holds up well, on a technical level because the animation still looks good, and on a creative level thanks to a great script and voice cast.

Could the latest “merger mania” deal the final blow to Hollywood?”

With all this news of movie studios getting bought out, or merging with other companies, it makes me a bit worried about the future of movie studios and entertainment in general. Does it worry you? 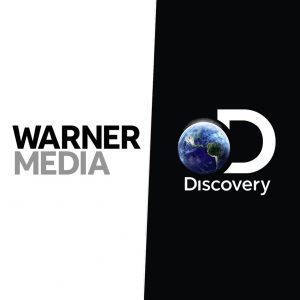 Could the Warner Media/Discovery merger just be the start of a major seachange in Hollywood?

Now don’t get me wrong, movie studios being owned by other companies is nothing new. Paramount Pictures was owned by a company called Gulf And Western for a while in the 60s. Viacom has owned Paramount since 1994. Some Robersvations viewers may not know this, Coca-Cola owned Columbia Pictures in the early 80’s before Sony bought the studio in 1989. Both Seagram’s, yes the Canadian whisky company, and General Electric at one point owned Universal Pictures.What concerns me is that movie studios won’t entirely be in control of their own future.

Take Warner Brothers and the HBO Max debacle for example. That was AT&T’s call to have movies released on the streaming service the same day they debuted in theaters, and blindsided everyone involved in the movies that are on the studio’s 2021 slate.

I just think these conglomerates are becoming too big, and have set themselves up as a house of cards that will fall at any moment when one of their expensive subsidiaries fails, and have taken away creative and financial freedom from the studios.

P.S. Here is the article about AT&T decision to release WB’s 2021 films on HBO MAX.