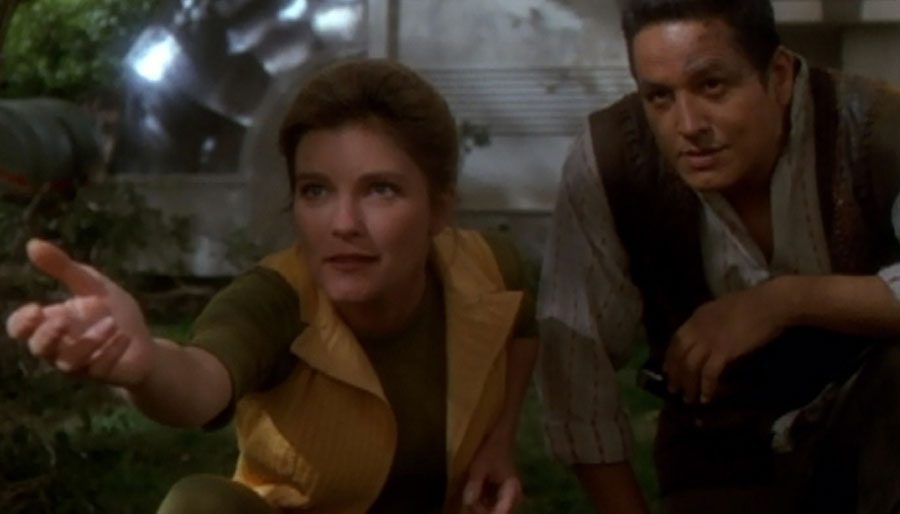 Willow takes the advice of a friend and watches STAR TREK: VOYAGER’s episode “Resolutions” … maybe she should resolve not to take advice from that friend, anymore?

It’s been a while since I’ve written.

Since I couldn’t think of a particular subject to discuss, I decided instead to review an episode from the greatest Star Trek series of all time, which is, of course, Voyager. Hey, I can trust Josip, right?

Going through the lengthy list of Voyager episodes that he’s recommended to me, my attention was drawn to one named “Resolutions”, primarily because he had written beside it, in brackets, “you’ll love this one”. Thus, being the trusting person that I am, I headed over to Netflix to watch the episode.

And all I can say to Josip is, to borrow a quote from the immortal Tommy Wiseau, “You betrayed me! You’re not good.”

In all seriousness, I did not love Resolutions; I found it to be somewhat of a missed opportunity. I speculate that the reason why Josip thought the episode would appeal to me is because it featured a mysterious viral disease.

Now, Janeway did refer to investigating protein cofactors, and as someone who has done their doctoral dissertation on enzyme evolution, I am, admittedly, aroused by the mentioning of anything related to proteins. For those who aren’t familiar with the terminology, cofactors are non-protein compounds such as metal ions or vitamins that associate with proteins and are involved in aiding the catalysis of chemical reactions, or in helping the protein fold correctly and maintain the ideal three-dimensional structure.

Unfortunately, Janeway never provides any details about the specific protein(s) that she is researching or why she believes this will aid them in finding a cure for the virus they’ve been infected with. And, of course, she doesn’t ultimately find the cure herself, but is instead saved by a non-descript anti-viral agent from the Vidiians. In the end, there isn’t much in the way of science to intrigue me.

My greatest issue with Resolutions is that I thought it passed up on the opportunity to explore some interesting and compelling ideas, but instead bogged itself down with frivolous threads that felt like filler. While I don’t necessarily agree with the Chekov’s gun principle that every element in a story must play some role, I did find all the scenes of Janeway’s interactions with the alien monkey to be a complete waste of time.

Personally, I would have much preferred more focus on the brewing tension and discontent on board the Voyager. Resolutions had an interesting premise in which both the Starfleet crew and the Maquis lose their leaders, but the episode failed to take advantage of this setup and examine the dynamic between these two disparate groups in wake of this earth-shattering event.

Resolutions hinted at a potential mutiny as Kim and other crewmembers dissent with Tuvok’s leadership, but resolved that conflict in a very contrived manner. The episode promised much, but failed to follow through; it felt safe; it felt toothless and dissatisfying.

A more minor gripe that I had was that I found the entire setup of the story to be a bit silly. Firstly, it seems somewhat strange that Janeway and Chakotay just happened to be the only two crewmembers to get infected by the mysterious virus. The events preceding the episode were never disclosed in detail, but it does appear to be somewhat bad decision-making on part of the captain and the first officer that they would both get themselves into this precarious position.

Secondly, it’s quite convenient that the planet they were on inexplicably just happened to suppress all symptoms of an otherwise deadly disease (which, if you think about it, makes Janeway’s initial hypothesis that the alien monkey may hold answers to the cure for the virus to be pretty dumb because wouldn’t the likeliest explanation be just that the monkey’s also living on the magical planet?), thus, forcing them to be stranded together. All in all, this scenario feels a bit forced; it feels like something that a fanfiction writer would come up with.

What’s the ‘shipping name for Janeway and Chakotay? Chakoway?

Now, in spite of my issues with the episode, Resolution isn’t without some good moments. While I found the setup to be a bit clumsy, I did like the premise of two officers being in a situation where they are allowed to interact as regular people, freed from the formality and constraints of command. And while I’m generally averse to romances in most genre entertainment, I thought it was done well in this instance.

The contrasting philosophies between Chakotay, who readily accepted their situation, and Janeway, who seemed to be initially in denial, made for some good rapport between the two characters. I enjoyed seeing Janeway’s progression from being initially fixated on finding a cure, to coming to terms with reality, to gradually growing accustomed to her new life such as that she reacted not with joy but with sorrow when the Voyager inevitably returned to the planet at the end. 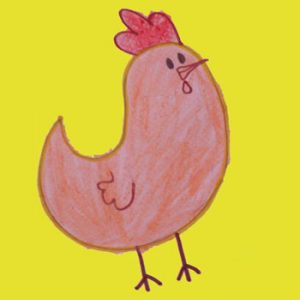 It’s ambiguous how far she and Chakotay got in the timespan between Chakotay’s telling of a totally unfabricated “ancient legend” about a warrior who pledged himself to a beautiful and brave woman and their eventual rescue, but I imagine that it’s probably a bit awkward when the two had to resume their professional working relationship.

Ultimately, Resolutions may have failed to resonate with me as much as the preceding episode Tuvix (#JusticeforTuvix), but I enjoyed it enough to not call Josip a chicken for recommending the episode.