Loving the living daylights out of Dalton’s Bond 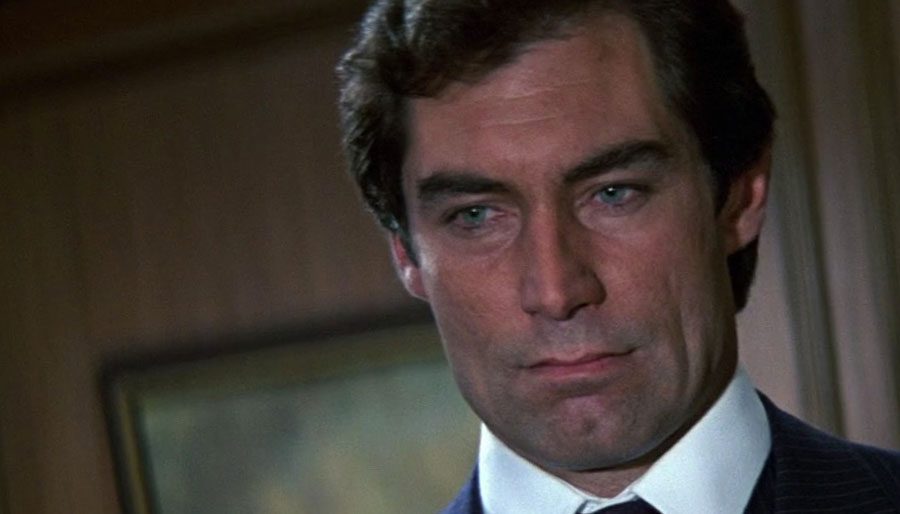 When it comes to James Bond movies, THE LIVING DAYLIGHTS is often considered the best Bond of all of the films starring Timothy Dalton. Imagination Connoisseur, Timbula the Spidermonkey, explains why the film (and Dalton’s portrayal) is among his faves.

I was hoping to have this email written and sent in in time for The Living Daylights episode of Winening, but as I sat down to write it out, it turned out to be a far more emotional trip than I was expecting. As a result, it’s taken me a lot longer to write.

This letter is about the film The Living Daylights and why I rank it so highly amongst others from the Bond franchise. I don’t usually feel the need to explain why I rank films the way I do. Everyone has there favourites and reasons for them being so. Things that work for some people may not always work for others. Nothing wrong with that. After all, if we all liked the same things, this would be a pretty boring planet to live on.

Firstly, I really like Dalton’s portrayal of Bond. He is a far more introspective Bond than any of the iterations that came before him. This, along with his physical characteristics, make him far closer to the literary figure from Fleming’s works. Sure, looking like the character isn’t overly important, but his lack a quippy dialogue makes him feel more like Fleming’s Bond. Having this version of Bond in a story that was far more down to Earth than some of the previous entries in the franchise makes it feel (at least to me) like a much closer representation of the Bond I grew up reading.

Sure, I love most of the films that came before it, but this one felt like a “what would Bond look like in the real world?” kind of scenario. After all, apart from the skis on his car, what else really happens that couldn’t take place in a real life situation? He’s not flying around in space. He’s not slapping make-up on and passing himself off as Japanese (which Japanese people seem to totally buy, for some reason).

There’s no villains with tanks of sharks to eat their enemies. It’s an arms dealer, a double crossing KGB officer and a tough guy who strangles people who he fights against. No giants with metal teeth. There are no tarot readers with 100% accuracy in predicting the future. Only stuff that could actually, realistically happen.

Secondly, as I’ve mentioned in the chats, this was the first Bond film I saw at the cinema. Because of this, I seem to have a very strong attachment to it. Sure, I’d seen other Bond films before, but nothing hits like watching something on the big screen. Seeing that final fight between Bond and Necros in the cinema was epic. The scenic shots of Morocco doubling for Afghanistan are glorious. But I was hooked right from the pre-title sequence set on the Rock of Gibraltar. There aren’t many other pre-title scenes I liked as much as this (apart from From Russia With Love, Goldeneye and The Spy Who Loved Me).

Thirdly, and maybe the main reason I have such a place in my heart for this movie, has to do with my grandfather. As I’ve mentioned to you in the past, the person who had the greatest influence on my tastes was my grandfather. He was the person who really instilled in me the idea of reading for leisure. He was a massive fan of sci fi, fantasy and horror and introduced me to all of these genres.

At a very young age (some might say too young) he gave me books by Stephen King, James Herbert, Isaac Asimov, HG Wells, Phillip K Dick, JRR Tolkien, Lord Dunsany, Ursula Le Guin, Arthur C Clarke, Ray Bradbury and a load of others. His tastes make me firmly believe he would have fitted in very well amongst all of us in The Post Geek Singularity. However, if I had to say what his favourite genre of books to read were, I would have to say spy thrillers. I remember his bookshelves being filled with books by John Buchan, John le Carre and a tonne of other authors of the like.

The ones I remember seeing the most (probably because they were the ones I recognised the most) were the Ian Fleming Bond books. When he noticed I was interested in them, he let me read them. I devoured them quite quickly. Seeing how much I liked them, he went to his local video shop and rented out as many Bond films as he could. I spent a week at my grandparents’ place, watching and rewatching all of the videos he had. I was desperate for more. I wouldn’t have to wait long. It was early 1987 and a new Bond movie was coming out later that year. He told me we would go see the next one at the cinema together.

But life has a way of screwing up the best laid plans. In June of that year, my grandfather, who little did I know had become extremely sick, was in a hospice, not expected to live much more than a couple more weeks. I watched as this strong, thoughtful, artistic, disciplined man, who was the very foundation my life seemed to be built upon, quickly withered away.

The last conversation I had with him, he said that he wasn’t going to be able to go to the movies with me. My dad told him that he’d take me and he smiled. He knew my dad wasn’t a fan of the franchise, but he was glad that we’d go to this one together. By July, my grandfather had passed away but later that year, my dad kept his promise to both of us and took me to see The Living Daylights. I think he liked it. I’m not sure.

He’s never been the most communicative person and he was even more solemn that day. I haven’t really spoken to him about it. Again, he’s not a very “open with his feelings” kind of guy. But it will always be a memory I cherish and I hope he has similar feelings about it.

Well, now that I’ve laid that heavy story on you, I think it’s best I go. I’m not sure one of my typical Groucho quote sign offs is appropriate here, but I’m nothing if not predictable. So….

As always, your friendly neighbourhood Spidermonkey signing off,