It’s possible James Bond’s best chance for surviving the future is to go back to the past … and other letters. 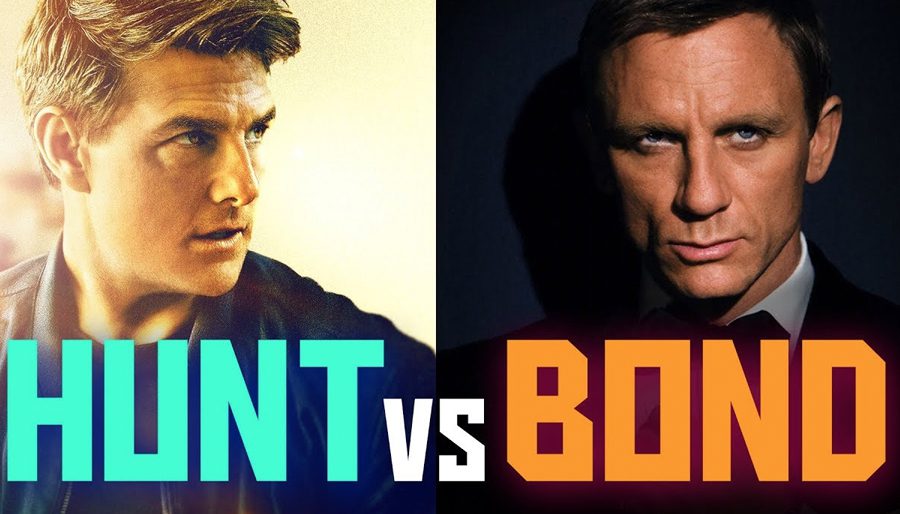 The chemistry that defines our favorite entertainments often comes from places, characters and times we don’t appreciate when we first see them. Does that make them impossible to “modernize” for today? Plus more letters from other viewers.

The future of Bond now that Amazon has replaced Spectre

I agree that Eon should stop worrying about what other franchises are doing and should go back to setting trends like they used to. Look no further than the inconsistent story arc of the Daniel Craig era to see what I mean. We actually discussed it on Midnight Metal #009.

However, just because they’re in a bit of a rut right now, I don’t see how that makes Bond irrelevant in the modern era.

Frankly, I don’t find Bond’s ability to singlehandedly thwart a megalomaniac’s evil schemes today any less realistic than it was in the ’60s and ’70s. Yet Ethan Hunt does it all the time in his franchise and you seemed very happy with it and had no problem with his relevancy or believability in being able to save the world in the 21st century. Is that not a contradiction?

I understand there’s obvious differences between the characters themselves, but in a nutshell they both work for an intelligence agency, are assigned missions and get gadgets to help get the job done. 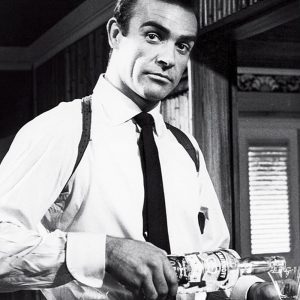 Sean Connery’s James Bond captures the vibe of the 1960s so perfectly, is it time for 007 to return?

So as much as I’d love to see an anthology Bond series set in the ’50s or ’60s channel Ian Fleming’s novels, I don’t see why we can’t have both. After all, if Amazon is sinking half a billion into their Middle Earth TV Series, then can we not have both a Bond TV series and film series?

Granted, that hinges on whether or not Eon would be open to selling or cooperating with Amazon, and I disagree with this idea that’s been floating around in the Bond community for the last few years that Broccoli and Wilson want to sell the company. On the contrary, the fact that they stuck it out with MGM through numerous bankruptcy related delays over the years seems to speak to how happy they were with their arrangement, in which Eon retains complete creative control without having to finance the films, but MGM gets to own said films they produce.

Hell, even less than an hour after the announcement of Amazon acquiring MGM, Eon released a statement further cementing their commitment to keeping Bond an exclusively theatrical engagement.

And while he hasn’t granted many interviews over the years, Michael G. Wilson’s son Gregg Wilson has been an associate producer on the franchise for 22 years now. Thus he seems to be the heir apparent whenever Broccoli and Wilson choose to retire. Or rather the latter two can remain the face of Eon while Gregg runs the company. Who knows?

But assuming Eon can work with Amazon, then I’d love there to be a ’60s era show or films while continuing the modern era franchise as well. I also have no problem with Bond being a womanizer and I think the franchise has long since grown out of outdated tendencies which could be construed as misogynistic to audiences who actually watch the films as opposed to writing lazy articles criticizing the character, of which there’s been a lot of those lately.

Hence why M broke the fourth wall in “Goldeneye” and addresses Bond’s sexist misogynistic past directly, to tell the audience that yes, we get it, and we’re moving past it now, and for the most part I think they have, save for a couple hiccups in the Craig era.

Lastly, I think it’s quite interesting that every Bond villain’s evil scheme somehow is referencing contemporary events, be it the cold war, the energy crises, the space race, the Silicon Valley tech boom, the Soviet Afghan War, the rise of 24/7 media networks, the Bolivian Water wars, Wikileaks, et cetera. And isn’t “Casino Royale” a glowing example of how Bond can still be relevant an interesting in the modern age?

So the question stands, why don’t you think James Bond can still be relevant in the 21st century when Ethan Hunt is doing the same thing, albeit in a more action driven way?

Thanks, and have a great day.

Appreciating the “look” of ST:TOS

Hi Rob. I hope you are well.

I have been hearing a lot of discussion about how dated, stagey, and “hokey” the original Star Trek looks to modern viewers. Like you, I grew up watching TOS in syndication when it was the only Star Trek.

I know the series very well, but had not watched it in years…until this month. 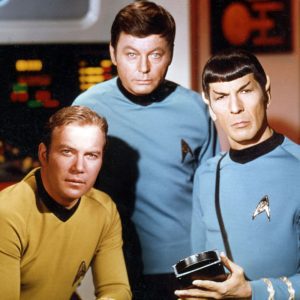 I have been going back and picking episodes of TOS to rewatch, have seen 15 in the past few weeks. I’ve watched a few from each season.

It is obvious to say that the characters are great, and that the chemistry between Shatner, Nimoy, and Kelley is iconic. Part of the reason the first generation of fans went nuts about the series was these characters.

But I also have been loving the visuals. The sets might be simple, but the lighting of the starbase walls in “The Menagerie” makes me want to lick the screen! Atmospheric and tasty. There are so many examples of great lighting and cinematography. Yes, these episodes have been remastered but instead of accentuating the flaws, the process has emphasized its strengths. The shows look sumptuous and beautiful.

Just my thoughts. Younger generations might not appreciate the look of TOS, and I do have a lifelong loyalty to this series. But I had been away for a while, and I wasn’t expecting to be visually blown away as I have been rewatching TOS.

Keep up the great work! 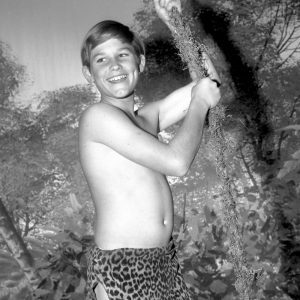 Something which is always a good surprise, to me, is when we see what well known figures worked on in film and television, before making it big. Kurt Russell would go on to become a well known actor, but before then, he made appearances in some tv shows as a child actor, like one episode of Man From U.N.C.L.E and one episode of Gilligan’s Island, as well as being a Disney star.

Jeff Goldblum eventually became well known, but it was a genuine surprise to see him in a small role for the original Death Wish, which was his first movie role ever.

Robert Redford was like Nimoy as well, since he appeared in one episode of Twilight Zone, Perry Mason, and The Untouchables.

Steven Spielberg, before becoming known for movies like Jaws, Close Encounters Of The Third Kind, the Indiana Jones series, E.T, Jurassic Park, and so on, worked in television directing stuff like a number of episodes of Rod Serling’s Night Gallery and the first Columbo episode, Murder By The Book.

Richard Donner, before becoming famous for movies like The Omen, Superman, Goonies, and Lethal Weapon, started in television, directing many episodes for different shows, one of which was mentioned earlier, Twilight Zone’s famous Nightmare At 20000 Feet.

Those were just a few examples where I find it to be a good surprise to see what well known figures worked on, before making it big.