It’s a major investment of time, but LOVE EXPOSURE is worth every minute of it. 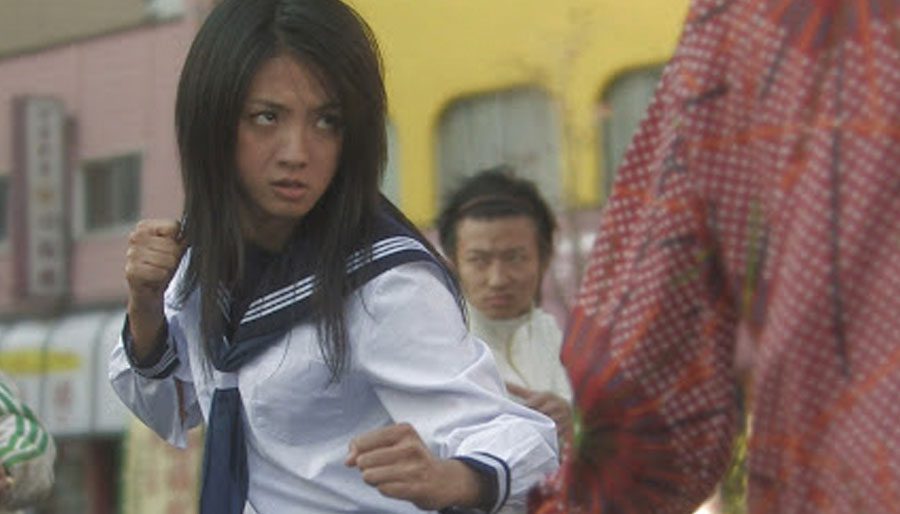 LOVE EXPOSURE is a glorious film about opposites, directed by Sion Sono. Jason Webster provides a review worthy of the 4-hour runtime of this film.

Yesterday, I took the opportunity to watch the 237-minute-long feature film by Sion Sono entitled Love Exposure, which was released in 2008. I really love the film in its all of its glory. The acting is great and the story engages you to such an extent that it doesn’t feel like a film that approximately goes for four hours. It is on my list of my favourite Japanese films and one of only two from Sion Sono on the list- Noriko’s Dinner Table (2005) is the other. 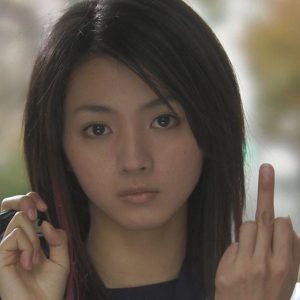 Yu Honda (Takahiro Nishijima), Yoko Ozawa (Hikari Mitsushima) and Aya Koike (Sakura Ando) are damaged individuals. Yu’s mother died while he was young. Also, we witnessed the break-up of his father’s relationship with Kaori Fujiwara (Makiko Watanabe) because of his reluctance to marry her. Both Yoko and Aya were victims of sexual abuse by father figures. However, it’s the choices the three will make that will determine how their stories will play out.

Yu’s mother was a highly influential figure in his life his choices, misguided, are ultimately governed by finding his “Maria” or true love. Yoko’s is freed of her father through living with Kaori who becomes a positive influence on her. Aya on the other hand, makes the wrong choice by entering into a supposed church called “Zero Church”, which is essentially a cult that indulges in questionable and illegal side activities.

Although Yoko and Aya share a loathing and suspicion of men, there is a certain line Aya has crossed that Yoko will never cross. Aya has fallen too far into the church, though her interest in Yu shows there maybe a slither of humanity left within her. All three are on a collision course that will test their beliefs and resolves. Will love triumph in the end?

The characters resonate as they are given genuine backstories and we come to understand them through their human qualities: strengths, weaknesses and frailties, personality quirks, faults and desires. Sono has put his story and characters ahead of personal messaging. However subtle his messaging is, it still comes through because of the characters and the cause-and-effect relationships built between them. 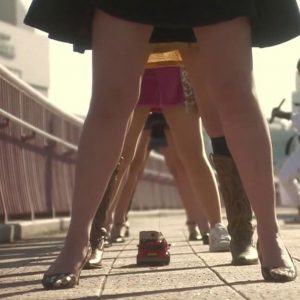 Sono sought to get the best out of his cast and Takahiro Nishijima (Himizu), Hikari Mitsushima (Death Note) and Sakura Ando (Shoplifters) responded in kind with terrific performances. The result is a truly engaging drama. It was interesting to watch the making of documentary where Sono disclosed that the unedited cut of the film went for little over six hours in length. So, it is a credit the entire cast and crew that filming was completed within a month.

There are equal measures of drama, humour and shock within Love Exposure making it a truly entertaining experience.

Love Exposure is widely considered as his most popular and acclaimed film of his career to date. It holds and approval rating of 91% on Rotten Tomatoes, a rating of 8.1 on IMDB and Metascore of 78 on Metacritic. Critical reaction to Love Exposure wa positive with general consensus for the film being, “”An engagingly funny melodrama as well as an ambitious exploration of sexual behaviour, Sion Sono’s Love Exposure provides nearly four hours of extremely strange and entertaining cinema.”

Even contemporary criticism of the film has remained positive. In 2015, Jasper Sharp of the British Film Institute listed Love Exposure as on of the 10 greatest Japanese films of the 21st century.

The film also received two honours at the Kinema Junpo Awards. The film was distributed theatrically in Japan by Phantom Film. In 2009, it was released in the United Kingdom by Third Window Films. The following year it received is US theatrical release where it was distributed by Olive Films.

The film gained a considerable amount of notoriety in film festivals around the world for its four-hour duration and themes including love, family, lust, religion and the art of upskirt photography.

The first version was originally six hours long, but was trimmed at the request of the producers. Even with a running time just under four hours, the title card for the film isn’t shown until 58 minutes into the film.

This movie received major influence from Seijun Suziki “Fighting Elegy”. Both stories deal with catholic backgrounds, friends commending him for breaking school rules, freedom with ‘sinning’, falling in love with girl he shares house with, seeing girl as his Virgin Mary, and his girl leaving him to join a convent.

The voyeur photo team meets for the first time in front of Hachikô statue which was a Japanese Akita dog well remembered as “chuken Hachikô” for his remarkable loyalty to his owner for whom he continued to wait at Shibuya Station (Tokyo) for over nine years following his owner’s death until March 8, 1935. This story was depicted in Hachi-ko (1987) and Hachi: A Dog’s Tale (2009).