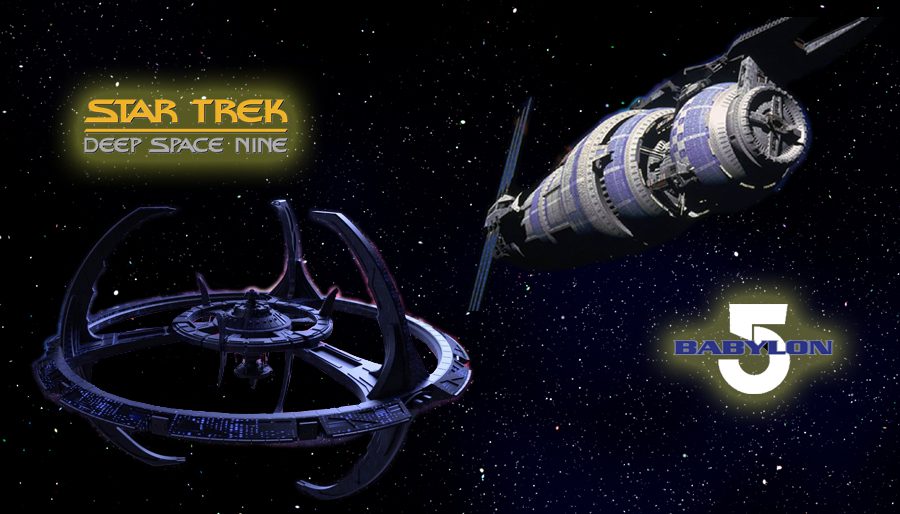 Both Deep Space Nine and Babylon 5 a closing in on their 30th anniversaries. And still there are people who say DS9 ripped off Babylon 5.

So what do the believers say is their evidence? Well that both are set on a space station, that the name of the station and the program is a name followed by a number.

That the Captain of the space station become a religious leaders for an alien race both dated freighter captains and both disappeared.

Both have characters called Lyta and Dukhat, with different spellings.

The purpose of both stations is diplomacy and trade.

Both shows feature shadowy external threats that seem to take over the region both through military might and internal manipulation.

Both first officers are female.

Start Trek had had two successful starship based series, the original and Next Generation was in its 4th season. And it might sound bad but to be honest after Gene Roddenberry’s passing the writers had more freedom. So logically after two series based on a starship lets try a space station based Star Trek. Star Bases had appeared on Star Trek before and was established that they were often named ‘Deep Space’ followed but which ever number they were on. So when Star Fleet took over Terok Nor was renamed Deep Space 9.

The Babylon Project was started as an attempt to avoid war between Earth and the Minbari from happening again. It was designed as a place of diplomacy in neutral space where all were welcome.

The comparison of Captains becoming Religious Leaders and dating freighter captains is dubious at best. Sinclair, the commander of B5 for the 1st season did become a Religious Leader, he went back in time to become Valen of the Minbari. He had a relationship with Catherine Sakai, who was not a freighter Captain, she was a Professional Planetary Surveyor and Independent Contractor. Sisko becoming incorporeal and joining the Prophets, or worm hole aliens is very different. So that argument doesn’t work.

Both these shows were made in the 1990s and after the complaints about how female characters were dressed and treated in the original Star Trek and the 1st season of Next Gen studio execs had a lot of pressure put on them to include strong female characters. So for a scifi the best idea is to make your first officer a strong female. Both shows did that. Of course since then there has been pressure to make the lead in a series a female and even better a female of colour. Which is why we got Michael Burnham in Dis-Not Star Trek-covery. 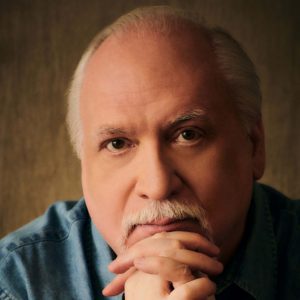 The reason all this started seems mainly down to Patricia Tallman who played the Telepath Lyta Alexander and also a bridge officer on board the Defiant. During her time on B5 she was in a relationship with the creator J. Michael Straczynski. According to Tallman in an interview she claimed that when DS9 started JMS was furious and was considering legal action as they had “clearly ripped off his idea.”

JMS, on the other hand, has a completely different take on it. He admitted that with a blueprint for B5, some of its concepts and ideas he did go to Paramount as the makers of Star Trek first but they turned it down, fortunately Warner Bros. picked it up. But when DS9 was announced according to JMS a couple of WB Execs approached him suggesting that he should consider legal action. JMS has always insisted that he was never interested in pursuing legal action as it would cause people to become distracted from the work of creating both series.

So did DS9 rip off B5? My answer is No. Rick Berman and Michael Piller were already working on an idea of a Space Station based Star Trek series after seeing Straczynski’s blueprint for B5 did they take some influence from some of the ideas? Possibly but they did not ‘rip off’ the idea.

More than 50 actors including Patricia Tallman, Majel Barret, Bill Mumy and Jeffrey Coombs have appeared in both series. Only Tallman has suggested that DS9 ‘ripped off’ B5, none of the other 50 plus did.

What are your thoughts?