Is ambiguity in storytelling a good thing? Maybe yes, maybe no … and other letters. 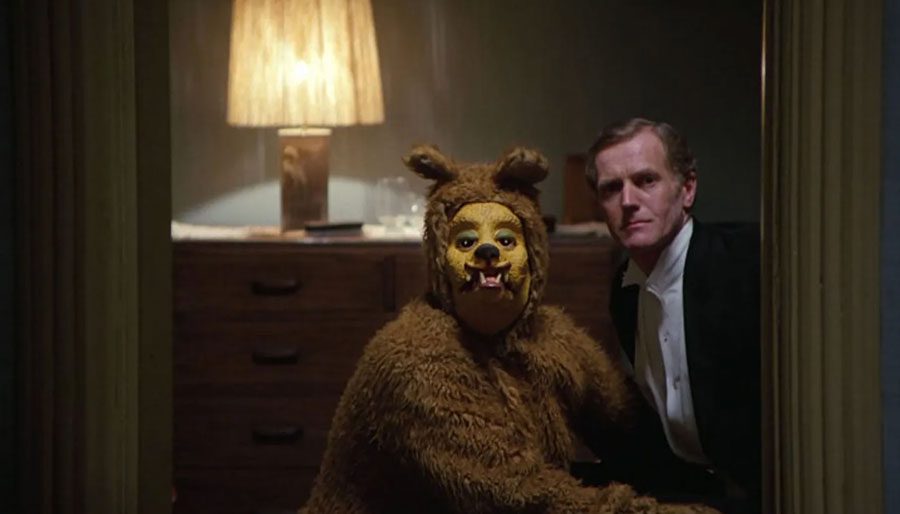 Should filmmakers spell out every decision their characters make so audiences can follow along, or are some things best left unsaid? Plus more letters from fans and fellow Imagination Connoisseurs.

Is ambiguity in storytelling a good thing? Maybe. Maybe not.

So I’ve been thinking.

I know. I know. Why break the habit of a lifetime, but I didn’t have anything else to do so I thought I’d give it a go.

One of the most common complaints I see when anyone is critiquing a film or show, is that how disappointing certain plot points or mysteries are when explained. It got me thinking, does the audience need every small detail explained to them, or is it best for all stories to leave somethings to the imagination?

Now don’t get me wrong I’m not suggesting that this should be an excuse for poor writing, nor for building up mysteries or questions that are not answered when they should be ( I’m looking at you, last season of Lost), but it does strike me that we don’t always need to be spoon fed every single detail. In many ways some things are better left unsaid or unexplained, much like how I’m able to consume 6 strawberry cheesecake daiquiris and still be able to stand upright.

Let me give you some examples. ALIEN, that fun little family film about how a lonely life form visits the crew of the. Nostromo , meets interesting new friends, and eats them. But seriously the thing that really struck me in this movie was how the titular (no, Rob, not that kind of tit) character was a force of nature. There was no reasoning with it, no open dialogue to be had. It was literally a case of kill or be killed. The Nostromo crew didn’t even know of its’ origins, sure it was found in egg form on a deserted alien ship, but even that asked more questions that it answered. Where was it going? What was the purpose of this cargo, if indeed it was that, and what had happened to that ship’s crew? 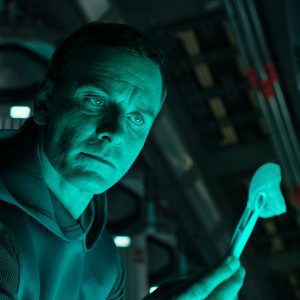 The “big reveal” in ALIEN: COVENANT stuck many film fans as a “big disappointment.”

These questions had aficionados of the movie talking about it, and coming up with theories for many many years. And then 38 years later we got an explanation of sorts with COVENANT. They were made by an Android (who was pissed at his creators) from a form of biological weapon.

It was all so pedestrian.

Gone was the mystery, and in its place was, what I thought to be ( and oh I could be entirely wrong) a very mundane soap opera-ish explanation. The alien didn’t need this. Part of what makes something fearful, terrifying, is our inability to understand it. Once we understand, we fear less. Once we know that this is merely something manufactured by a robot a lot of its’ power is lost.

There are other examples such as the explanation for the special relationship between Picard and Guinean in Times Arrow, Again the reasoning behind this friendship, and let’s not forget that Guinean herself said in Best Of Both Worlds that they were “Beyond friends. Beyond family.” The event where Picard stays to tend to an injured Guinean is touching sure, but enough to begin that depth of relationship? Well it could well have been for many others, but I could help but think, “Oh. Is that it?”

And then there’s… midichlorians. An attempt by Lucas to offer a scientific, concrete explanation for something ethereal or spiritual that just fell flat, much like me after 7 strawberry cheesecake daiquiris. Bad George! Bad bad bad George!

Now of course this is subjective to a certain degree. What is one man’s Deep Space Nine is another man’s Discovery. I also think planning has a lot to do with how well things are explained. If you look at the amazing Wandavision’s unfolding plot you can bet that mr Feige and the others had the it all plotted out carefully before the series was filmed, whereas with Discovery (yeah sorry for mentioning that; again!!!)

I am almost certain that when they introduced the idea of the Burn, this terrible cataclysm that almost destroyed the Federation ( maybe they should have called it the Kurtzman) their plan wasn’t that it was a traumatised Kelpian. If I’m wrong and they did, well paint me yellow and call me a daffodil.

Of course as I’ve said before, keeping the mystery of something cannot also become an excuse for lazy writing, or weak story telling. Yes Lost, I’m looking at you; again!! Doctor Who and other shows have a long history of supposedly killing off a character only for them to make surprise returns with little or no explanation. That, to me is as disappointing as resolving something poorly. They are both disappointments.

Well that’s all I have to say for the moment Rob, apart from telling you about that time I had 8 strawberry cheesecake daiquiris, well no, perhaps that should remain a mystery too. Live long and proper Fob and all of the PGS.

‘Tis better to be kind than not to be.
-Emma Banin

The world of comic book movies would look different if the X-Men had hit theaters with either of the proposed stories from the 90s.

Since WandaVision has been out, and we still have no new MCU movies coming out for some time, this got me thinking about the whole evolution of superhero movies, starting with 2000’s X-Men.

2000’s X-Men became a success, leading to other superhero movies coming like 2000’s Spider-Man, eventually leading up to the MCU.

However, history might have been different if X-Men was done earlier, and with another version of the story. I have read 2 drafts of an unmade X-Men script, written by Andrew Kevin Walker, the screenwriter of Se7en. I will say, I quite like these drafts, for the most part. 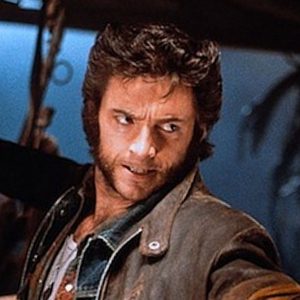 In his drafts, his story is about Wolverine being recruited by Charles Xavier to help the X-Men stop Magneto. Walker did some very good and interesting stuff in his drafts. In his first draft, he has the original X-Men roster: Cyclops, Jean Grey, Beast, Iceman, and Angel. In his second draft, he replaced Angel with Jubilee. In both drafts, The Brotherhood Of Mutants consists of Magneto, Blob, Juggernaut, Toad, and Sabretooth. His drafts also had things like the sentinels appearing and attacking Xavier’s mansion, William Stryker and Bolivar Trask appearing, the Danger Room appears, Wolverine and Cyclops’ rivalry, Magneto was revealed to have caused the Chernobyl Disaster, Department X appears, the final battle being set within Manhattan, and a really impressive sequence involving Xavier and Jean using some type of telepathic device to go inside Wolverine’s head. Unlike the movies, where the focus is predominantly on Wolverine, these drafts make it more of an ensemble where other characters, especially Cyclops, get to shine.

While I definitely liked these drafts, they are not perfect, and there would probably need to be one or two more polishes to get it right. Angel and Jubilee don’t have as much to do as the other characters, Bolivar Trask doesn’t really do much, Juggernaut doesn’t do that much, Sabretooth and his rivalry with Wolverine was a bit underdeveloped, and the sentinels only appear at Xavier’s mansion.

If this version of an X-Men movie was made, who knows how different the landscape for superhero movies would have been.

Here are links to the scripts, which I would recommend to those who are interested.

When life feels like it’s “on the edge” – it’s nice to have the PGS to fall back on. 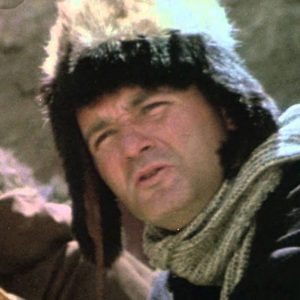 Bill Murray in THE RAZOR’S EDGE

The world is on fire, yo! I opened my window the other day and was like “nope-nope-nope”.
Luckily, when the weight of the world got me down I got to spend some times with you and Ace and Dieter and the whole Post Geek Singularity. You are a welcoming bunch and I appreciate you guys being around.

Also, you have driven my desire for physical media to a point when I feel justified in buying a DVD copy of Bill Murray’s “The Razor’s Edge”, so I have that going for me…which is nice.

Once again, sir; thank you for the community.