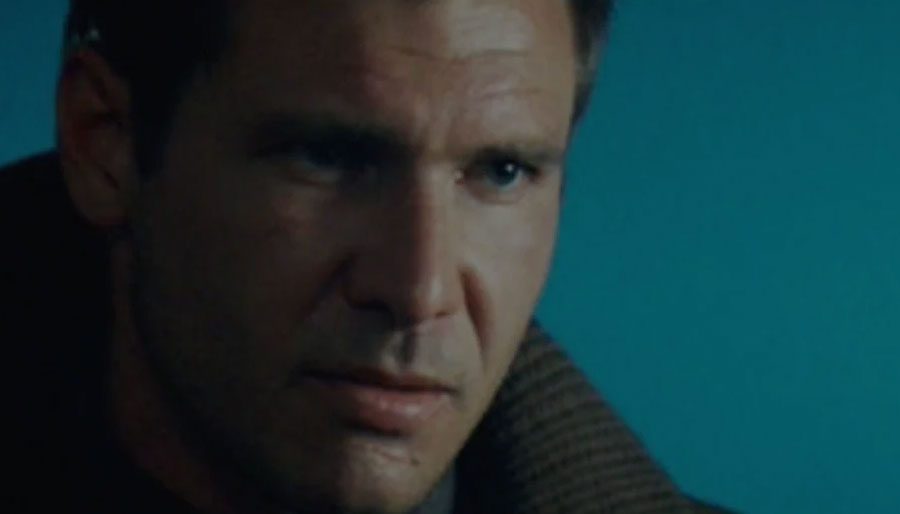 Willow Yang takes a closer look at the debate over whether or not the lead investigator in the movie Bladerunner (Decker) was human … or something else.

I was pretty young when I first watched Blade Runner, and I was unaware of all of the different cuts that existed. I don’t know which version of the film it was that I saw, but the notion of Deckard being a replicant has never even occurred to me during my initial viewing.

It wasn’t until a number of years later, when the sequel by Denis Villeneuve was announced and people started speculating over whether the film will finally resolve the issue of Deckard’s identity, that I realised it was apparently a subject of great contention among fans. There is certainly more than enough evidence, particularly in the final cut of the movie, to support those that view Deckard as a replicant. However, I think the story is better served if the main character is human.

Deckard is considered to be a human because it gives much more significance to the ending, where Roy, the replicant, saves the life of a human, an oppressor, because he has learned to value all life. To be honest, I haven’t actually considered it from that perspective.

My own problems with the idea of Deckard being a replicant is that I think it weakens the central themes of both Blade Runner and its sequel. If Deckard is a replicant, the contrast between the humans and androids in the first film is lost. One of the main takeaways I had from the movie is that the replicants were really “more human than human”, that characters like Roy and Pris exhibited great passion and love for life whereas Deckard started out cold and detached, and it was only through his associations with the replicants that he was able to rediscover his humanity. 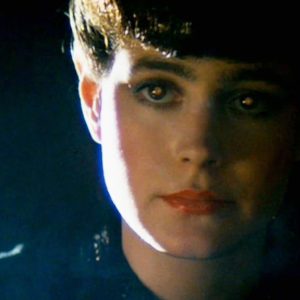 Rachel is a replicant … just look at her eyes. But she’s still kinda cute … um.

Of course, the debate on Deckard’s real identity is one that will likely never be resolved. Ridley Scott has repeatedly affirmed that Deckard is a replicant; Deckard was depicted as a human in the original Philip K Dick novel, Do Androids Dream of Electric Sheep.

I can’t really argue with those who side with the director because there is certainly strong evidence, especially in the final cut of the film, to support their view. Personally however, I think there’s more to be gleamed from a thematic perspective in having a human being juxtaposed with the androids. It forces us to question what it is that makes us special, whether there really is such a distinction between ourselves and artificial intelligence.

That to me is much more compelling than an ironic plot twist.