How we fall for the things we love … and more letters. 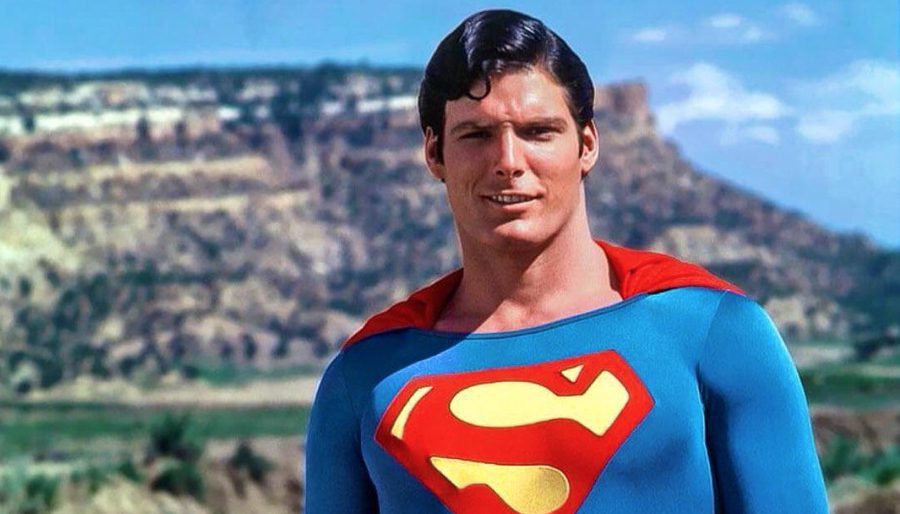 Imagination Connoisseurs have very special relationships with the characters, stories and franchises we love. Today’s letters give us some insights as to how those relationships are formed.

Why does Rob have Frederick Douglass on his microphone in the Robservatory? 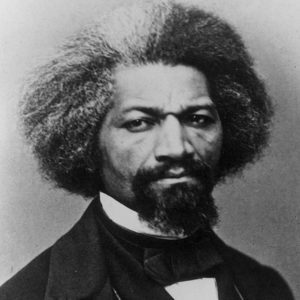 I followed Az to your channel, and I’m glad I did. You’ve got a great voice, your passion for collectibles has me clutching my wallet with diamond hands to keep from going broke, and your industry insights are refreshing.

One of the things that really stands out, to me, is the picture of Frederick Douglass on your microphone. He’s one of my favorite thinkers.

What effect has he had on you that you display him so prominently?

Forgive me if you’ve answered that question before.

Please and thank you.

Could Amazon purchasing STARGATE have negative consequences on nu-Trek shows streaming on Paramount Plus?

Here I am again, with a letter I call…..Stargate, Part 2. 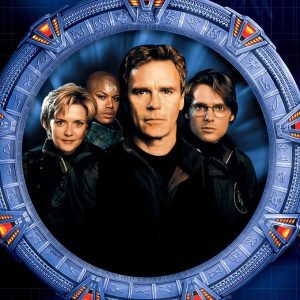 Could Amazon’s acquisition of the STARGATE franchise threaten the future of STAR TREK at Paramount Plus?

The day after my previous letter – let’s retroactively make that Stargate, Part 1 – was read by your good self, a game called Stargate: Timekeepers was announced. And now there is a rumor buzzing around that Amazon is planning to buy Stargate (and the rest of MGM with it).

Which raises the question….what would such an acquisition mean for the future of Star Trek: Picard ? Why pay for a third season of Picard ?….When instead you can have a library 10 Seasons of SG-1, 5 seasons of Stargate Atlantis, 2 seasons of Universe and 3 movies ready to taken over as your heavy sci-fi hitter ? Just edit together some commercials-slash-trailers and off you go.

Also, Stargate Universe ended on cliffhanger. The Fan Base is not shattered like the Star Trek one. And the show creator – Brad Wright – is still pushing for more Stargate. Any how, am I missing something ? Or do you simply disagree ?

First letter of many I hope. Glad to contribute to the show!

Was great to chat with you on your B-day on Zoom. Hope the rest of your day was idyllic.

We got a chance to chat about a few things but I really didn’t get a chance to talk to you about our shared passion of comic book movies. While I haven’t yet have the confidence to talk about current events that may be controversial in the community.

I figured I would start with my take how heroes in cinema influenced my life. Where the passion for these franchises. In, 1989 while visiting family in Canada my Father took my to Batman. I was about 4 at the time, and could be me first solid memory of my childhood. I was blown away, and to y surprise my father was too.

I remember when we got him to the US, he took out three movies that would stay with me forever. Superman The Movie, Superman II, and The Karate Kid. Since we just watched Batman, I wanted to see Superman. I must have watched those two movies, back to back, for weeks straight. Multiple times a day, with the living room Turing into a world of endless possibilities, my new world to be who or whatever I wanted to be. My Imagination was finally realized. 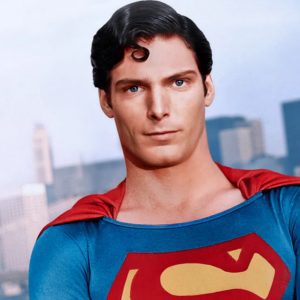 Christopher Reeves remains a fan favorite SUPERMAN nearly 40 years after the release of SUPERMAN: THE MOVIE

This is were I spent a lot of my time, being as my parents were very strict, and they worked a lot, so I would be babysat a lot. So naturally when I felt lonely I went back to the living, opening the doors and boom! I was in Metropolis battling Zod and foiling Lex Luthor’s plans.

Now when things were darker later, like my Dad was mad from work, or the abuse I suffered in school, or the darkness of a situation that I will not let happen again. This world I created could make me feel safe. Probably the reason I almost tear up every time I see Christopher Reeve on the screen, that version of Superman/Clark Kent, led me to a world of hope from a world of confusion and pain. He was my hero.

As much as the movie sucks, In Superman IV, when Superman finally meets Jeremy. When the crowd of kids walked with him to the world council, I always would feel right there next to him, feeling safe and seen. I also see my father in the character that Reeve portrayed.

Not only did he dress like Clark, all the way down to the giant ray-ban glasses, to the strong part in his hair. The part in the First movie when right after the death of Johnathan Kent, when Clark tells Martha about his plan to search for his meaning among the world. I imagine my dad doing the same thing right after his father died. Knowing that he had to grow in order to rise up and the able to take care of his family, much like Clark’s search.

The score during the scene where clark and Martha embrace make the tears well up, I am right now as I type this, That is the power of cinema, to help shape our perspectives, and could give up a look into someone else’s journey, and how it my relate to us or out loved ones.

Great story telling can draw revenue, but will engrain an emotion and character in our soul. While Reeves was my protector, Cavill is much like my journey. Darker, and more punk rock.

While Reeve’s Superman ran toward, we started with Cavill running away. Feeling confused, hurt, frustrated, yet with a small amount of hope keeping him on track. Good thing he didn’t pull a hamlet with the death and Ghost of his Father. Even though this version of Clark was flawed (mostly story wise, not physically), his actions had strong consequences requiring him to go in direction some need like to go.

It even made we think of how actions towards others destroyed more than buildings, and going against the wishes of my people, drove me to the edge of loneliness – that making a choice to live the way I wanted to was because of that small amount of hope I wouldn’t let go of. The biggest theme that the “Man of Steel” and I share, trouble with having faith in others, cause it tough to forgive all of the rejection, but just like the Priest says to Clark, “Sometime you gotta take a leap of faith, then the trust part comes later.” Still working on that, but I know I am not Superman in reality, but feel seen in my struggle because of his journey not being so conventional.

I don’t care what our heroes look like, or get changed too, just please keep the hope thriving through great characters that we can rise and fall with. Someone out there really can be saved by these awesome stories.

When the second try succeeds better than the first (and doesn’t deserve it). 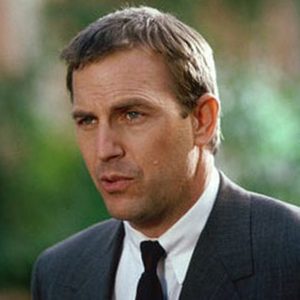 Was THE BODYGUARD with Kevin Costner and Whitney Houston really the best version of that story?

Because of how many movies there are, you often see several of them have similar plot synopses, which always makes it a great surprise, to me, when I watch the lesser known movie, as that sometimes turns out to be the better version of the more well known movie.

There were 2 examples of this, which I thought of.

While 1992’s The Bodyguard, starring Kevin Costner and Whitney Houston, is more well known and was a huge hit at the box office, I think the film was just alright. So, I was genuinely surprised and glad to find, what I think, is a better version of The Bodyguard. That is the 1987 Ridley Scott movie, Someone To Watch Over Me, starring Tom Berenger, Mimi Rogers, and Lorraine Bracco.

The same type of thing happened when I saw 1996’s The Long Kiss Goodnight, starring Geena Davis and Samuel L. Jackson. The film has its fair share of fans, though I found it to be just alright. So, I was glad to discover another film, which I think, is a better version of The Long Kiss Goodnight. That is the 1991 Kenneth Branagh starring and directed film, Dead Again, also starring Emma Thompson, Andy Garcia, Wayne Knight, and Robin Williams.

Those were the 2 I thought of. I’m sure you and others have thought about other movies which I did not bring up.

I listened intently to your “What is an Entertainment Company in 2021” article. And really responded to how it made you feel about Star Trek. Because I had a Trek/corporate disappointment of my own back in the day. Allow me to explain. 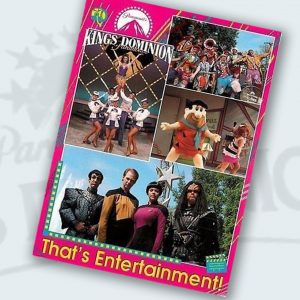 Kings Dominion was purchased by Paramount – but was that attempt to buy into the theme park market a good idea for extending brands like Star Trek?

My anticipation grew as I approached the park and saw the sign was changed to “Paramount King’s Dominion.” I could only imagine what kind of Star Trek themed attractions had been added.

Unfortunately, what met my eager gaze was a couple of cosplay actors in Klingon armor. That’s it. No Kirk. No Spock. No mini-skirted coed crewmen. No tribbles. No Next Generation costumes. Not even Mr. Worf in a Starfleet uniform.

I’m sure you’ve heard the phrase “damning with faint praise.” That’s all I could think of watching this sad tableau. I could only imagine how much money Paramount must have shelled out for this property and how little they were using it to promote their crown jewel. But worse, I knew this could be a potential fan’s first exposure to Trek. Would it have ignited a love of the franchise in them? Spurred on a desire to watch the series? Make them search the web for factoids about Kirk, Picard, Spock, et al?

I kind of doubt it. I would think there should have at least been a shuttle craft roller coaster ride. Star Trek themed photo-op stations. Trick mirrors that made you see your reflection “beam-up”. Instead, it was just Lenny and Squiggy dressed up as Klingons.

And that’s why I’m reminded of the article. I thought that instead of celebrating Trek, Paramount actively denigrated Star Trek for thousands of customers a day by NOT TRYING VERY HARD. Not a very smart investment, I’d say.

So, I left Kings Dominion crestfallen that day. Quietly mumbling to myself “another dream that failed. There’s nothing sadder.”

So that’s it, Rob. Believe it or not, I have ANOTHER depressing amusement park story to share next time. Until then,