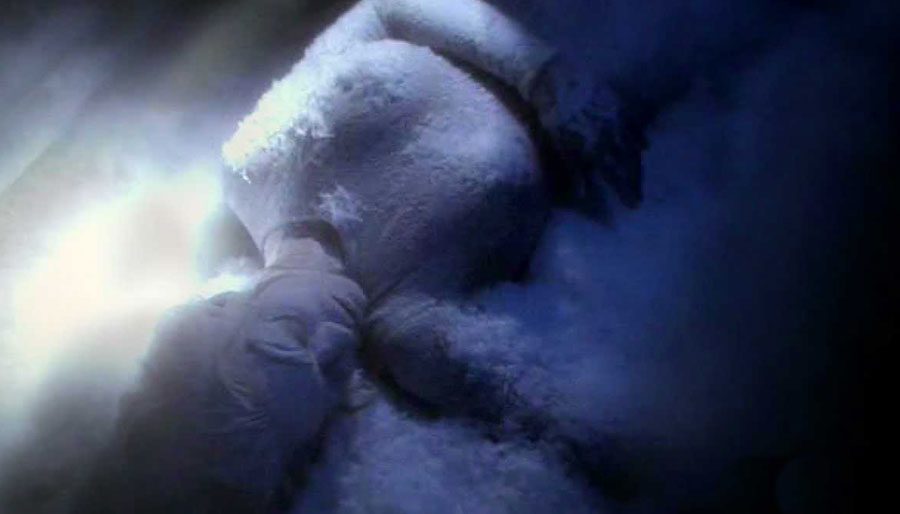 I’m writing my review for Voyager’s Timeless (Season 5, Episode 6), which Josip claims to have watched fifty times. Five minutes into the episode, I find myself asking this question: Does Voyager have an unusual number of time travel episodes, or does Josip just like the time travel episodes?

Half of the ST:VOY episodes I’ve watched thus far – Parallax, Time and Again, Year of Hell, and now Timeless – have involved time travel.

To give a quick recap of Timeless, the episode opens with Kim and Chakotay on a frozen planet coming across the remains of Voyager, which immediately informed me that there must be time travel involved. It is revealed – in scenes interspersed between the present and the future – that the Voyager had crashed fifteen years ago while testing out a new slipstream engine that’s supposed to bring them back to the Alpha Quadrant, killing everyone on board save for Kim and Chakotay, who were in a shuttle leading the larger ship.

Kim (who is now a wanted outlaw) has been overcome with guilt for having sent the wrong phase corrections to Voyager, resulting in its doom, and is now determined to send a message back into the past to rectify the situation. He of course succeeds, saving everyone on board and erasing the entire future timeline. And oh, LeVar Burton, who directed the episode, also makes a brief appearance, resuming his role as an older Geordi La Forge.

I have to say right off the top that Kim and Chakotay’s actions in Timeless were completely reckless and unethical. They were essentially playing God and casting aside every living thing in the universe to erase fifteen entire years of history in order to save their former crewmates. It is highly conceivable that things have played out in their current timeline where the lives of many more people were saved or bettered. Heck, it’s possible that the entire universe might have ceased to exist due to their meddling. 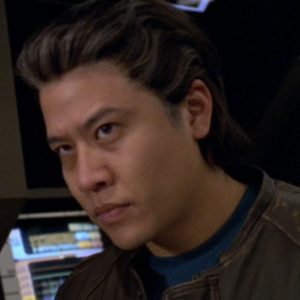 And this brings me to Kim, who is the protagonist of the episode. Timeless is ultimately a story about a person’s guilt and trauma, their inability to move on from the past, their obsession, which has caused them to ruin their life and do something utterly unconscionable. Kim quits Starfleet, commits various crimes, is wanted for high treason, and concocts an extremely dangerous and immoral plan in order to rectify the mistake that has haunted him for fifteen years.

I really liked the format of Timeless, the interspersing of the scenes from the future and the present (quite reminiscent of All Good Things…), which allowed for the juxtaposition of the two different Kims. While Garrett Wang might not be Patrick Stewart, I thought he did a commendable job of transitioning between the eager and optimistic younger Kim and the angry, short-tempered, and somewhat mentally unhinged older Kim.

While I can understand Kim’s reason for doing what he did, I do find Chakotay’s role in the plan to be a little strange. From the relatively few episodes that I’ve seen, Chakotay strikes me as someone who would have probably been able to move on. Indeed, he appears to be much more emotionally well-adjusted than Kim is in the episode, and is even now romantically involved with someone. And speaking of whom, I found the character of Tessa to be underdeveloped, and I don’t understand her motivations for going along with Chakotay, apart from the fact that “they’re having sex”.

Even though, as I’ve stated in the beginning of this letter, there was never any doubt in my mind that Kim and Chakotay were going to succeed and save the Voyager crew, the episode still managed to have a couple of twists. I liked that the new calculations Kim initially sent into the past still failed, and he had to settle for the more imperfect solution of keeping the Voyager in the Delta Quadrant. I also quite appreciated the cameo that LeVar Burton made. I haven’t watched any of the Star Trek Next Generation movies, so I don’t know what became of Geordi La Forge following the events of the series, but I do hope that this isn’t the only timeline where he becomes captain.

I will cap off with a couple of final thoughts.

Firstly, it is the fifth season of Voyager, and some references in the episode indicate that more than four years have already passed since the ship became stranded in the Delta Quadrant. Why is Kim still an ensign? He appears to have become a crucial and respected member of the crew – Janeway was willing to entrust him with the critical task of guiding the Voyager through the slipstream. Shouldn’t he have received a promotion by now?

Secondly, as with almost all stories involving time travel, it is exceedingly difficult to understand how the different timelines work. How can the future Kim, at the end of the episode, send a message back to the present Kim if that future timeline no longer exists? Voyager, I found, typically relies on the explanation “I know it’s confusing; just go along with it.”

While it is nice that they do at least address this paradox, telling me not to think about it isn’t going to stop me from spending a few fruitless hours trying to figure it all out.

All in all, I thought that Timeless was a solid episode of Star Trek. While the ending could probably have been predicted after the first five minutes, the story’s emotional core really resonated with me.

I might not be compelled to re-watch the episode fifty times, but I do appreciate Josip’s recommendation this time around.