Finding new things to love and admire … and more letters. 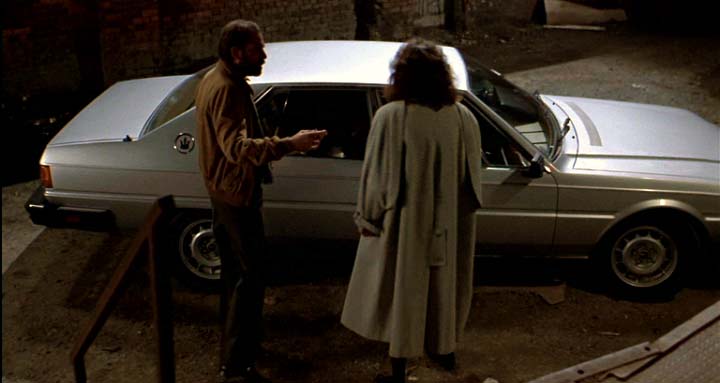 The Imagination Connoisseur known as Stubble McShave introduces spy-thriller lovers in the PGS to the “Swedish James Bond” … a man known as Agent Hamilton. Plus more letters from other viewers.

You know what Amélie really needed to be special? Football

Dear Rob, greetings to you and all members of the Post Geek Singularity! 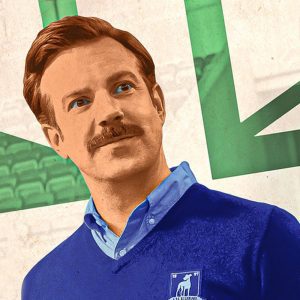 I was just watching your episode #696 of Robservations, in which you espoused your love of Amélie. I to loved that beautiful film and it has stuck with me these many years. I come to you today with a recommendation for a series on Apple Tv called Ted Lasso.

When I pitch it to people I describe it as Amélie meets Major League. But with English football. It is a wonderful series that shares some of the Heart of Amélie in the character of Ted, who is an American Football coach now task with coaching soccer in England.

He has an infectious positivity that makes the show one of the best shows to come out in years. Certainly the Best comedy. It is Made by Bill Lawrence, who wrote the brilliant Scrubs and Cougar Town, but it is a departure for him, as it is less absurdist then those show were.

I Love this show ! And since season 2 to starts in July, this is a great time for anyone to jump on board. I Highly recommend it to anyone who wants some comedy that has a genuine warmth.

Anyways that’s all I wanted to say, I Hope you and everyone in the PGS have a great day!

On a tip on the show the other day I said that I would write in about this. I tried to make it short but it’s hard to condense some of these things so I’m fully aware that it will probably not be read on the show because of its length.

You’ve been talking about Bond for the last couple of days and I thought that I should mention the Swedish version of a literary Bond-type character and a little about the author. 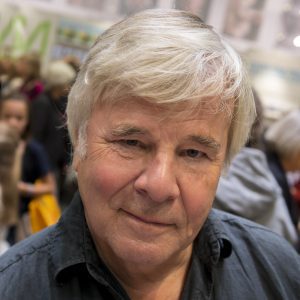 The author Jan Guillou came from a rich family which had its origin in France and Norway. He was beaten by his stepfather on a regular basis. He was relegated from several schools because of theft, abuse, and blackmail. A part of his later childhood can be seen in the movie “Evil” which was nominated for an Oscar for best foreign film in 2004 and is really good.

As far as I know his political views right now are a bit left of the center. Jan became a journalist and in the early 70s he became known for publishing some troubling articles on the Swedish Intelligence Service. He was sentenced to serve some time in prison for espionage.

During his time in prison he thought that, since he had a lot of information and contacts in both Swedish and international Intelligence Services, he should write books about a Secret Agent. This could also showcase the political situations in both our country as well as other countries that the character could visit in his missions. From the initial inspiration (while in prison) it would take a decade until the first book came out.

The character was Carl Gustaf Gilbert Hamilton and was a man from a noble line but had revolted against his family and had a lot in common with the political views of the author. He had joined the most advanced Swedish military commando troops to protect the country against the Imperialistic Sovjet attacks that he thought would come.

It was during his training that he was conscripted by the Intelligence Service as a new type of prototype Special Agent. He was sent to USA for five years where he got an education in computer science and special military training. During his five years stay in the US he let one of his friends invest a substantial inheritance and when he got back it had multiplied several times and he was now financially independent.

That’s the background to the character and the first book takes place soon after his return from the US. The military hadn’t established a place for him in the organization and he gets lent out to the Swedish Security Service.

Here are brief description of the books, the first four are described a little more than the rest.

In the second book, “The Democratic Terrorist”, the West German security service has need of a Swedish colleague to help them infiltrate a remaining group of the Red Army Faction (RAF). The terrorist group is supposedly planning a terrorist operation in Sweden. Carl Hamilton is the perfect choice with his military training and somewhat radical background in the leftist movement. 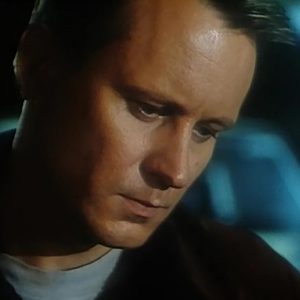 In the third book, “In the Interest of the Nation”, Hamilton has been transferred to the military intelligence he was intended for. His first mission is to escort a defecting Soviet Admiral from Cairo to Sweden, and they soon learn that the Soviet Armed Forces has installed secret underwater bases in the Stockholm archipelago.

In the shadow of this great threat to the nation, Hamilton is tormented by guilt from a brutal murder in his private life that was the result of reflexes that he’d developed during his intense military training. Can he be tried for a murder when his nation needs him. Or, will it be swept under the carpet by higher powers because of the interest of the nation?

The fourth book is “Enemy’s Enemy”. A Soviet defector in London feeds the Swedish security service false information that Hamilton is a double agent working for the Soviet Union. Much of this information seems to come from another Swedish double agent, who has recently escaped Swedish prison and is now guarded by the Soviets in Moscow. This leads to the disturbing question if the Swedish military intelligence can conduct a secret murder on one of their own citizens.

Hamilton takes on the fake job of a military attaché to Moscow and must try to fool the KGB and GRU in order to carry out his mission. He uses all the methods in his playbook to fool their intense surveillance. It’s one of the best books in the series and is the only one I’ve seen that’s been released in English. I highly recommend it.

The further adventures of Hamilton

There are a lot of other books.

“The Honourable Murderer” is about an investigation into murders of high-ranking officers and has traces about a possible Nazi past for several of the victims.

“Vendetta” touches on the Sicilian mafia and is a revenge story.

“No Man’s Land” features a very disturbing mission into Russia to stop a smuggling operation of nuclear weapons where he has orders to destroy all evidence of human tissue. That means chainsaws and a lot of flammable liquids and materials.

“The Only Victory” is a continuation of “No man’s land” where it’s revealed that the events in “No man’s land” was just a big diversion and Hamilton must trace the nuclear weapons with the help of all his sources from other Intelligence services.

In “On Her Majesty’s Service” the MI5 and MI6 needs the assistance of Hamilton. Meanwhile enemies from his earlier adventures takes sinister revenge on him.

The last book of the main series is “A Citizen Raised Above Every Suspicion”. His private life is in ashes because of the revenge taken on him in the previous book. A lot of information agents are being murdered and they need to investigate whose killing them.

There are a few more books outside the ten-book series and they are outriggers to the series.

The events of the book series take place from the mid-80s to the mid-90s and some of it features the changes that happens in the Soviet Union as the Iron curtain crumbles.

A few of the books has been made into movies “Coq Rogue” and “The Democratic Terrorist” stars Stellan Skarsgård. The first is somewhat of a murder mystery and the second is a drama-thriller. The movie “Hamilton” starring Peter Stormare is an adaption of “No Man’s Land” and “The Only Victory”. It’s ok, but it has too low budget for the effects that’s needed, as well as some really bad product placement. There are also some other tv-productions.

My suggestion for anyone who wants to watch one of the movies or read one of the books is to watch “The Democratic Terrorist” and to read “Enemy’s Enemy” (Enemy’s Enemy is probably the best book and the only one that’s been published in English (as far as I know)).

I also recommend the movie Evil (sw. Ondskan) that’s a semi-autobiographical movie about a period of the author’s life when he was staying at a boarding school that had corporal punishment from a student council that exercised sadistic rule both physically and psychologically over the other students.

I hope you found it interesting.

P.S. I can also recommend his Crusades trilogy as well as his ten books about The Great Century which tells the story of one humanity’s greatest, bloodiest and most cruel century, the 20th century, from the perspective of a family dynasty.

Why waste our time on movies where the talent just “phones it in”? 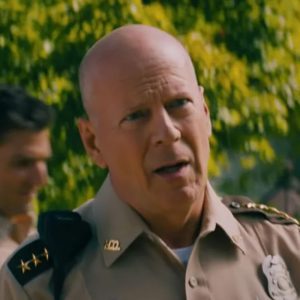 I know when it comes to making movies, tv shows, and all of that, everyone is giving it everything he or she has got. Even if the final product doesn’t turn out well, everyone is going to do the best he or she can. However, that is not always the case, as we sometimes notice how some people will phone it in, some more than others.

Steven Spielberg is an incredibly talented filmmaker, with a filmography which is really hard to rival, but even he has his misfires. He has never flat out said anything about it, but legend has it he literally phoned it in, when he made The Lost World. He also semi-phoned it in when he made Hook, as he mentioned how he didn’t really know what he was doing for all the Neverland stuff, so he made up for it with the production design.

Bruce Willis literally phones it in all the time now. That’s a shame since we know he can be really good when he tries, like in Die Hard, The Sixth Sense, and Unbreakable. Now, he doesn’t really care. The last thing I saw him in, where he at least semi-tried, was Glass.

That was just something I thought about when it came to making movies, tv shows, and all of that.