Disney’s ATLANTIS: THE LOST EMPIRE is a great find 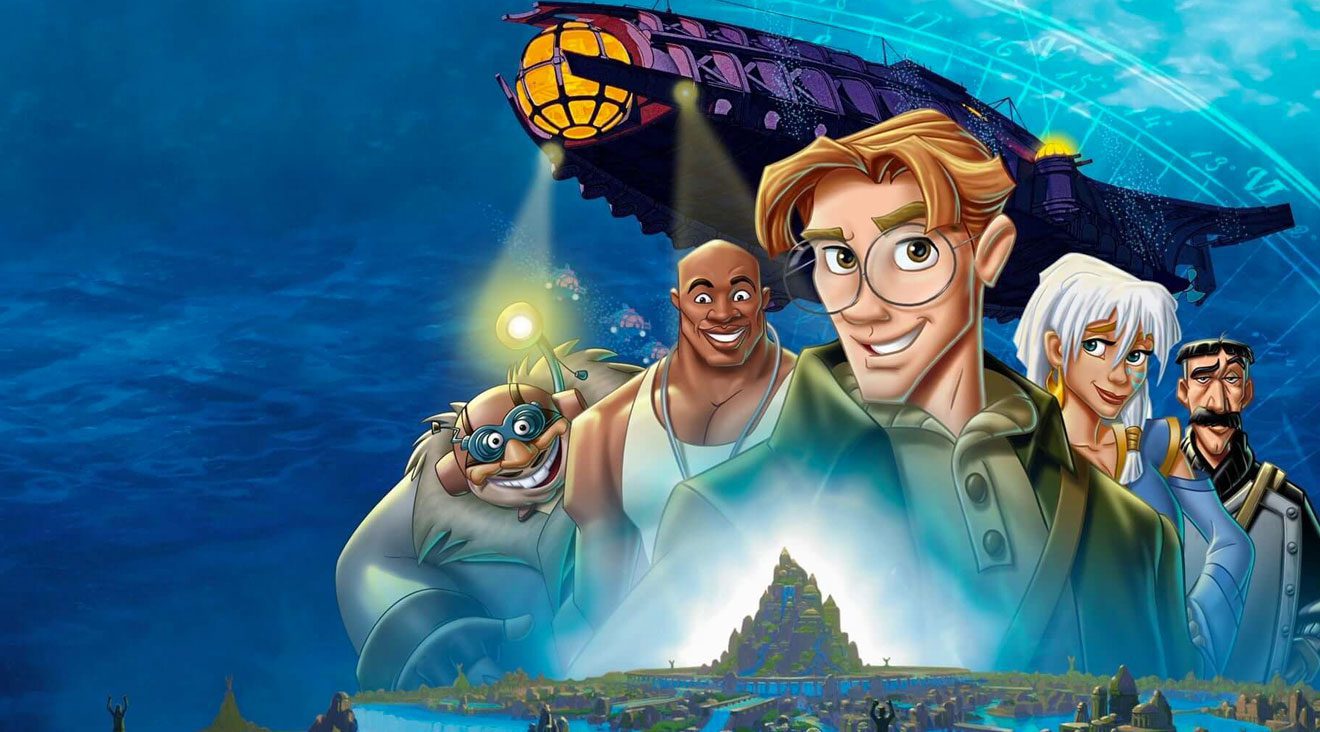 I really like this animated movie, as it is very different from previous Disney animated movies. This is not a musical, and it’s not based on a fairy tale. This movie was an attempt to appeal to older audiences. It has a great sense of adventure, brilliant world building, incredible action scenes, and a group of likable characters, with some voiced by well known actors like Michael J. Fox and Leonard Nimoy.

The first Disney cartoon to be produced in the 70 mm format since The Black Cauldron (1985), this blend of traditional animation with computer-generated imagery is a straight adventure tale of the Jules Verne school, eschewing the studio’s typical formula of cute critters mixed with song-and-dance routines.

Michael J. Fox is the voice of Milo Thatch, a lowly museum employee and linguist in the early 20th century who’s determined to continue his late grandfather’s search for the lost, sunken empire of Atlantis. Bankrolled by eccentric millionaire Preston Whitmore (John Mahoney), Milo teams up with a diverse crew of mercenaries led by submarine commander Rourke (James Garner).

After a sea battle with a giant denizen of the deep, the explorers locate the submerged civilization. Milo falls in love with Princess Kida (Cree Summer), the daughter of Atlantis’ aged ruler (Leonard Nimoy), and must choose sides when it’s revealed that some of his fellow expedition members intend to steal a mystical energy source from their hosts. Claudia Christian, Mark Hamill, David Ogden Stiers, Don Novello, and the late Jim Varney co-star.

Although considered a shoo-in for a nomination in the debut year of the new Oscar category of Best Animated Feature, Atlantis: The Lost Empire faced stiff competition from other non-live-action entertainment in the summer of 2001, including Shrek, Final Fantasy, and Monsters Inc.