DEAD RECKONING is everything you want (and expect) in a 1940s film noir thriller. 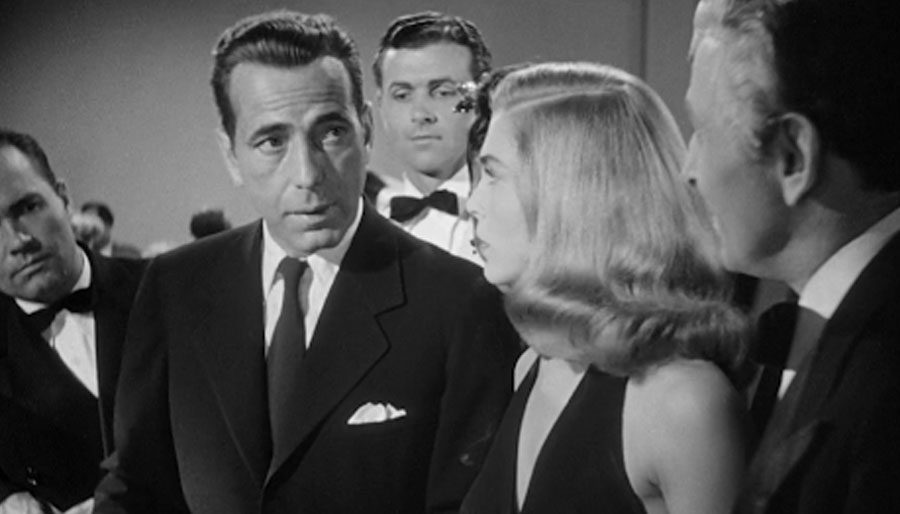 We’ve been looking at rarely-watched film noir classics from the 40s and 50s and my last recommendation for the week is the 1947 Humphrey Bogart film, DEAD RECKONING.

War heroes Rip Murdock (Humphrey Bogart) and Johnny Drake (William Prince) are sent to Washington, D.C., by train, but are not told why. During the trip, they learn they’re about to receive top honors for their service. Johnny, seemingly terrified by the publicity that awaits him, jumps off the train and later turns up dead. Suspecting foul play, Rip begins digging into his pal’s past. He encounters cover-ups, threats to his own life and deadly femme fatale Coral Chandler (Lizabeth Scott).

The role of Coral Chandler was originally intended for Rita Hayworth, but she had already been cast by her estranged husband, Orson Welles for the role of Elsa in The Lady from Shanghai (1947). Lizabeth Scott was borrowed from Hal B. Wallis’ company for this film. Lizabeth Scott’s singing was dubbed by Trudy Stevens.

Humphrey Bogart was borrowed from Warner Bros. for this film. This annoyed Bogart because in addition to his regular contract fee, Columbia paid Warner Bros. extra for the loan-out of one of its biggest stars.